The good folks at WCF have caught the upcoming 2014 Audi S1 without much disguise.

Set to debut at Geneva Motor Show, early next year, the Audi S1 is the high-performance variant of the Audi A1.

This black color test car was caught undergoing testing at night in Germany. As evident from the images, this sporty hatch from the Ingolstadt based car maker sports an aggressive front bumper. On the rear, quad exhausts add to the sporty feel of this hatch.

The 2014 Audi S1 will be introduced alongside the facelifted A1. The car also features the new head and tail-lights, while the wing mirrors include LED turn indicators. 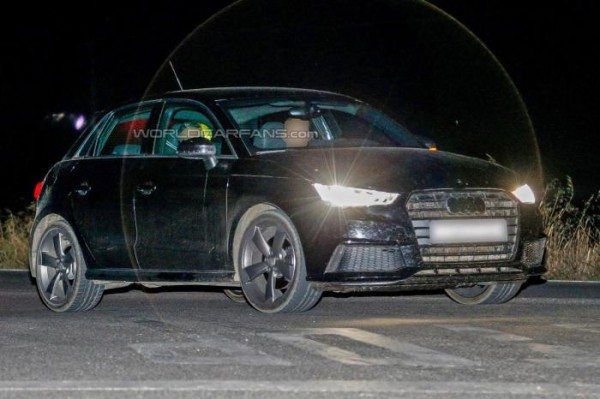 Not much have been known about the powertrain, but reports indicate that the hatch will use a turbocharged 2.0-liter four-cylinder gasoline motor, which will output more than 200 bhp. The final numbers remain a mystery, but the limited edition A1 Quattro had a power rating of 252 bhp, which propelled it from 0 to 100 kmph in 5.7 seconds and had a top whack of 245 kmph. Regardless of the final output, the S1 is expected to be equipped with Quattro All wheel drive system. The car is expected to be mated to 6 speed auto and manual transmissions. 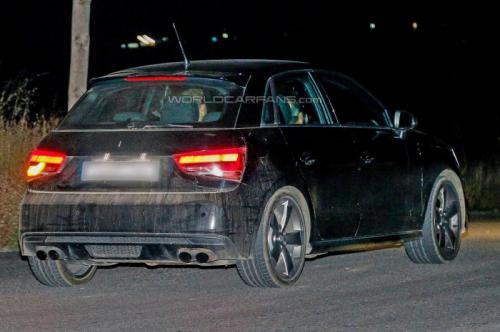 As stated above, the 2014 Audi A1 and S1 are likely to debut at the Geneva Motor Show, the car is hopefully undergoing the last phase of testing. Hence, we expect more details to emerge about the car this month.

Stay tuned to Motoroids for more updates on the upcoming Audi S1 and A1.