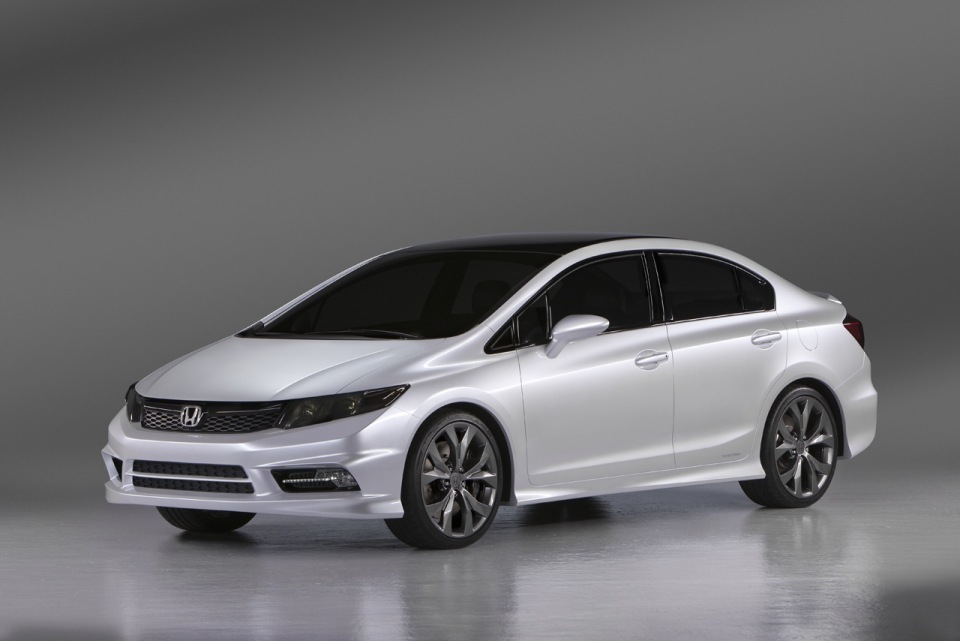 After keeping us waiting for such a long time, Honda have finally unveiled the 2012 Civic sedan and coupe at the Detroit Auto Show. The Civic, even with five years of its existence doesn’t really look dated and is one of the better lookers in its segment. Honda know that and have not changed the exterior of the car much.

The four-door version of the car is very similar to the current version from most angles. The front fasica has been altered to make it look more aggressive the grille has a striking resemblance with the version it replaces. At the rear, the roundish tail-lamps have been replaced by a more angular and chiseled shape. Even the trunk deck has been resculpted for a more muscular look.

Meanwhile, four-door buyers can expect an exterior design very similar to the 2011 Civic. Though the sedan’s front-fascia wears a little bit more menace than the current design, the carried-over grille and headlights are more than a little familiar. Out back, new tail lamps and a re-sculpted trunk deck dominate the view. What Honda has shown is the Civic concept, but knowing honda’ one can be sure that not much is going to change in the design when the new car hits the street.

According to Honda, power for the 2012 version of the car will be provided by ” the widest array of engine choices available in its class.” While the details on the engines for the new car have not been revealed by Honda yet, we should expect a conventional petrol, a hybrid and an alternative fuel powered unit.
The car is expected in India Mid-2011. Stay tuned for more details. And don’t forget to vote your opinion. A high res image gallery follows

Go to next page for the official press release>>>