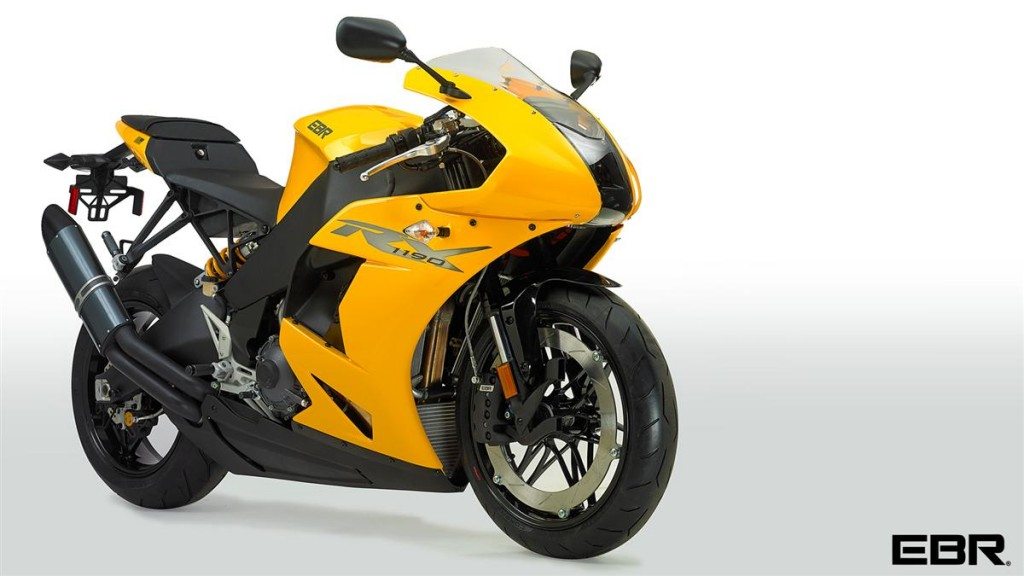 Unveiled at the AIMExpo in Orlando day before- the new American Superbike does have a list of features to boast about. With the 1190cc “ET-V2″ cranking out the aforesaid 185 bhp of power @ 10,600 rpm and max torque of 137.8 nm @ 8200 rpm, the 1190RX makes 109 nm right from 4000 rpm onwards. NO wonder the Head of Engineering at EBR said “This thing’s got gobs of torque.” A six speed transmission comes with a vacuum operated slipper clutch. With the redline set at 11,500 rpm- rather high for a V-twin, but forged pistons and connecting rods ensure reduced friction while the motorcycle is screaming at top of its lungs. 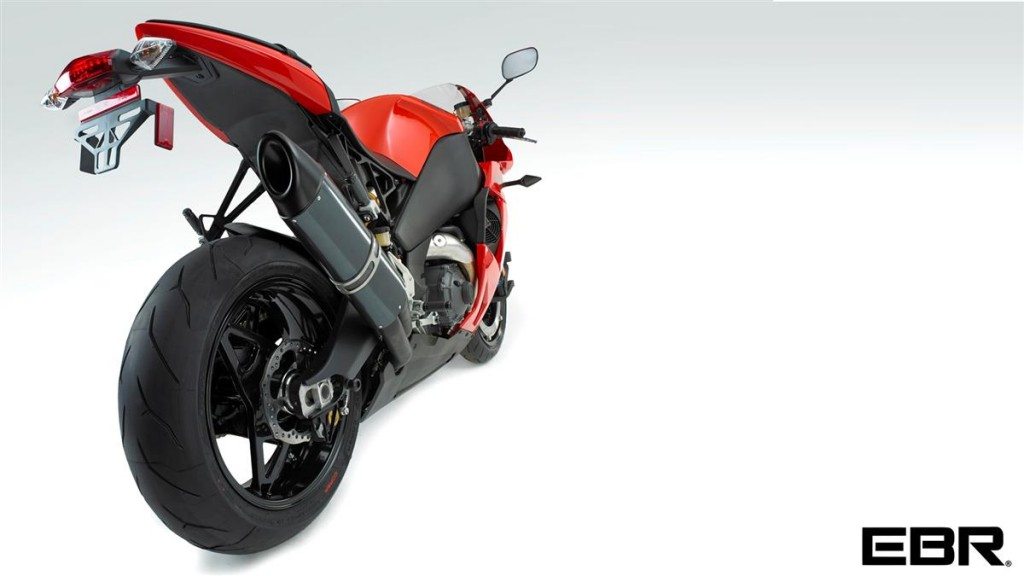 Talking of performance, the 2014 Buell EBR 1190RX hits 0-96 (60mph) in 2.8 seconds with the top speed stated to a restricted 299 kph (186 mph). Electronic package comprises of a switchable 21-mode traction control, but ABS has been taken off the list. A full colour Thin Film Transistor display denotes all the necessary data and riding aid information to the rider. The 2014 Buell EBR 1190RX also gets a full high-tech Cree LED headlight with maximum brightness rated at 2000 lumens. 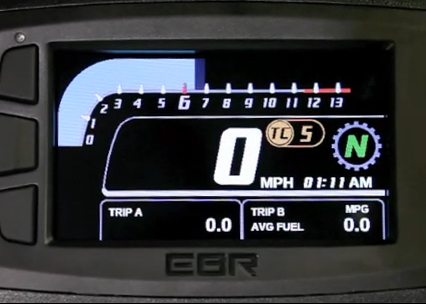 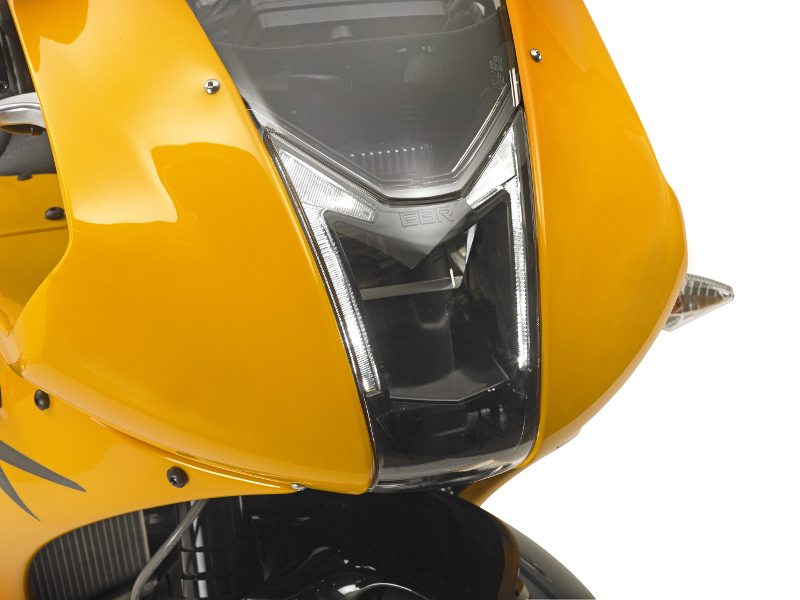 The traditional “Zero Torsional Load” brake design is retained in the 2014 Buell EBR 1190RX with a 386mm single disc mounted on the rim perimeter with an 8 piston inside-out caliper. At the rear is a wavy 220mm single disc with a two piston Hayes Performance Caliper. 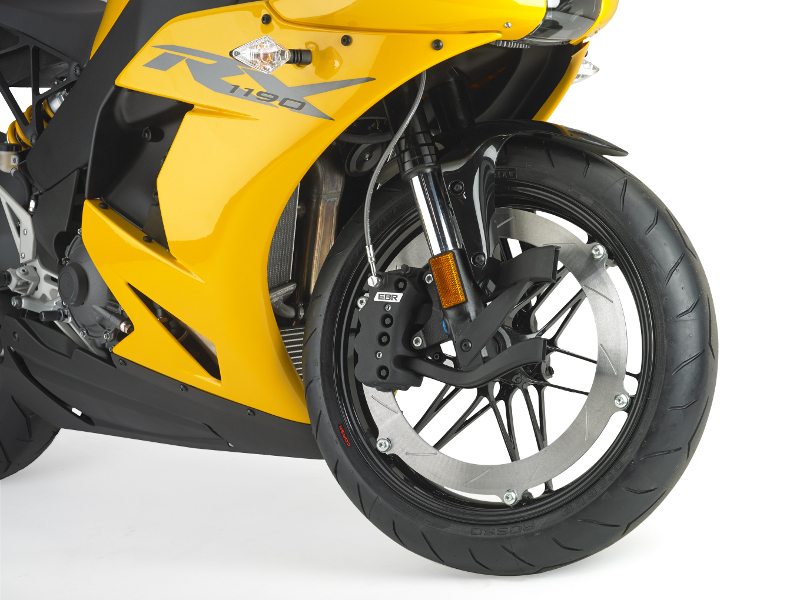 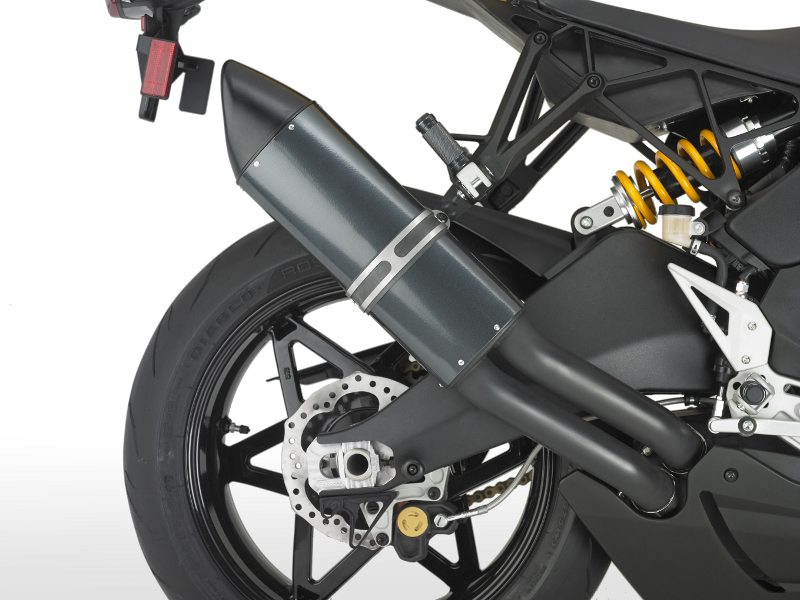 Fully adjustable “Big Piston” inverted Showa forks and a non-linked single shock at the rear suspend the 2014 Buell EBR 1190RX on 17” wheels shod with Pirelli Diablo Rosso Corsa 120/70 ZR at the front and 190/55 ZR tyres at the rear end. 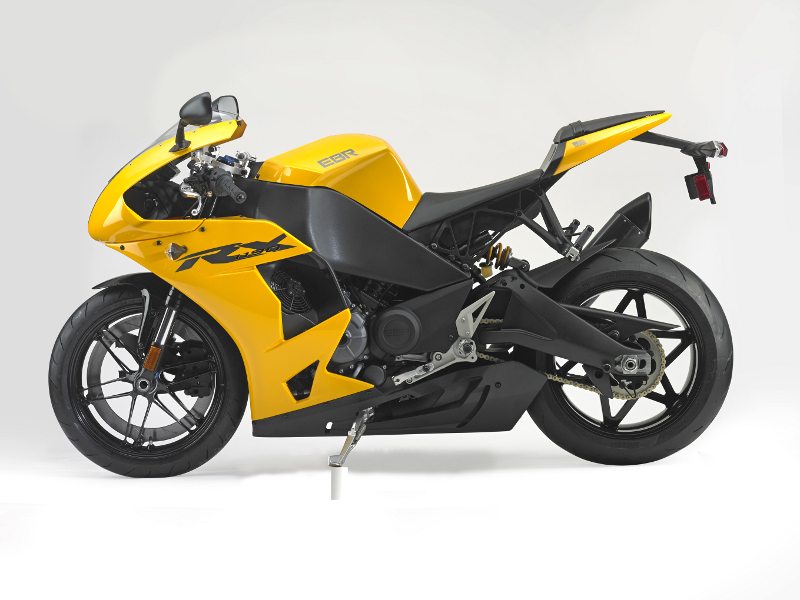 With a retail price set at $18,995, Eric Buell is hoping to start sales at approximate 50 dealerships before the year end.