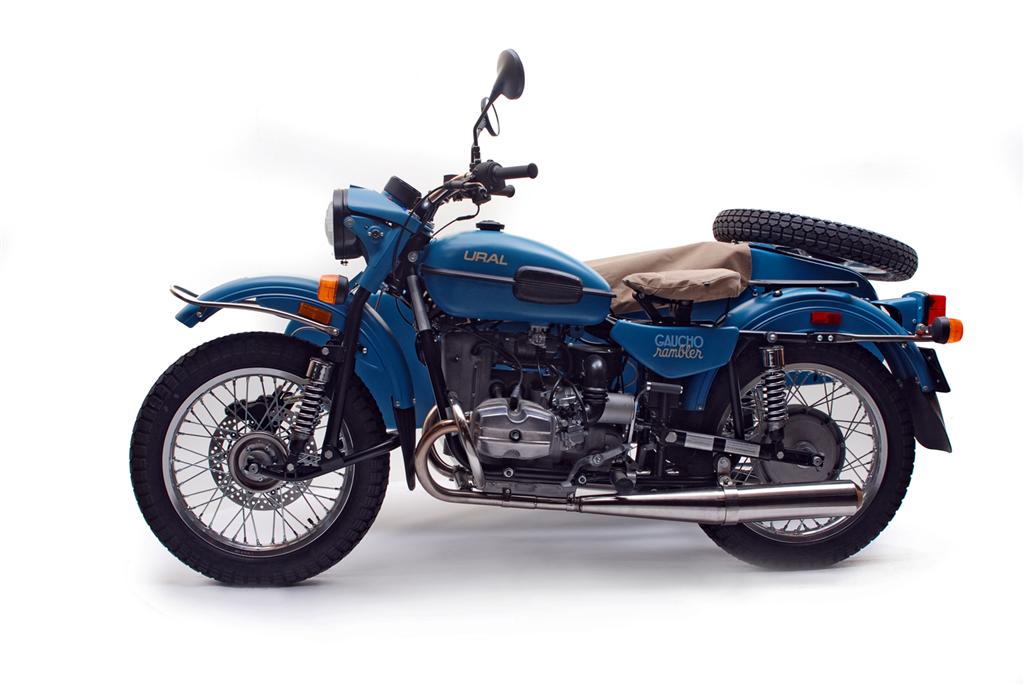 Manufactured in collaboration with Pendleton Woolen Mills, the 2013 Ural Gaucho Rambler comes with Ural’s 2 wheel drive capability to tackle adverse terrains. The rider can choose between the traditional rear wheel drive or both at a flick of a switch. 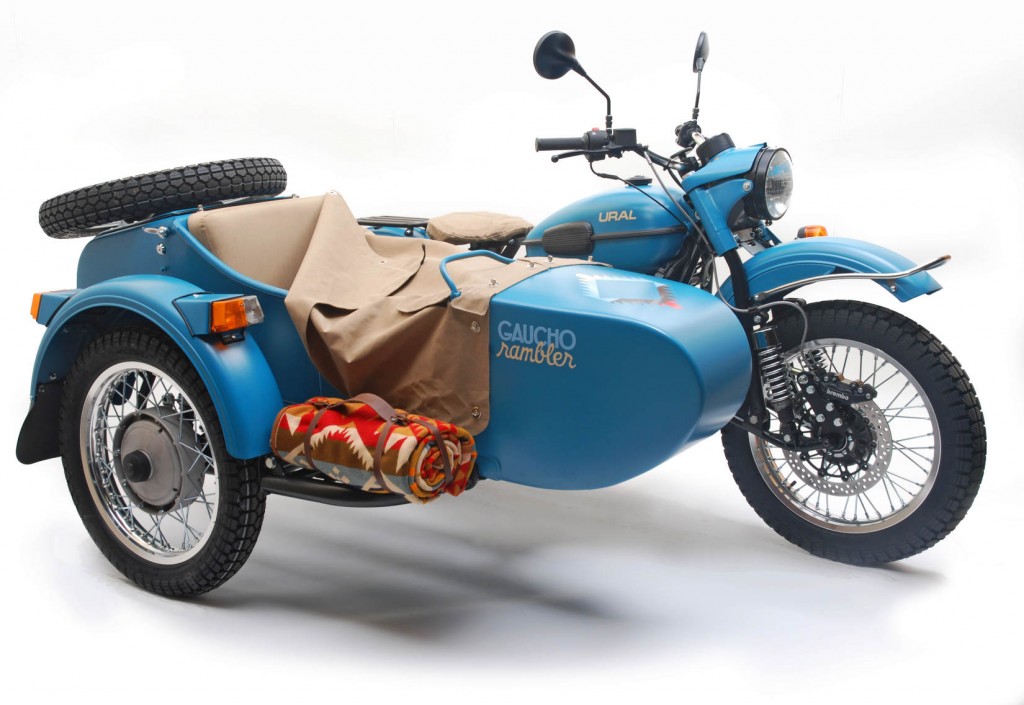 Slated for a limited production run of 50 units, the Gaucho Rambler and the side car have been given a new colour scheme called Pacific Blue chosen by Pendleton as a tribute to the American past age. The upholstery has been constructed using pre-weathered “sunburned” canvas with a “Journey West” blanket.

The 2013 Ural Gaucho Rambler also marks 150th of Pendleton’s American made textiles and Ural celebrates two decades of its presence in the US Market. 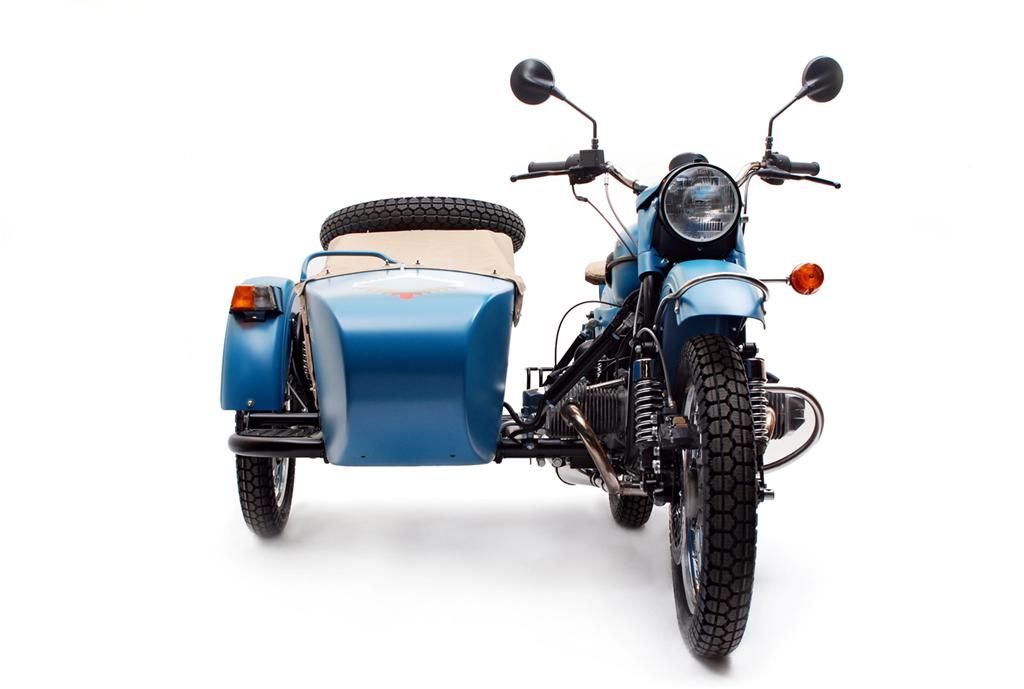 Madina Merzhoeva, Ural’s VP of Sales & Marketing states “Ural and Pendleton are two companies which at different points in time ventured out to find home in the American West, both of which endured many challenges and yet all the while maintained their authenticity. This year Pendleton’s anniversary celebrates 150 years of weaving textiles in America and Ural marks its 20th year in the US. Paying homage to our beginnings and the pioneering spirit is what connects the two brands and inspired this collaboration.” 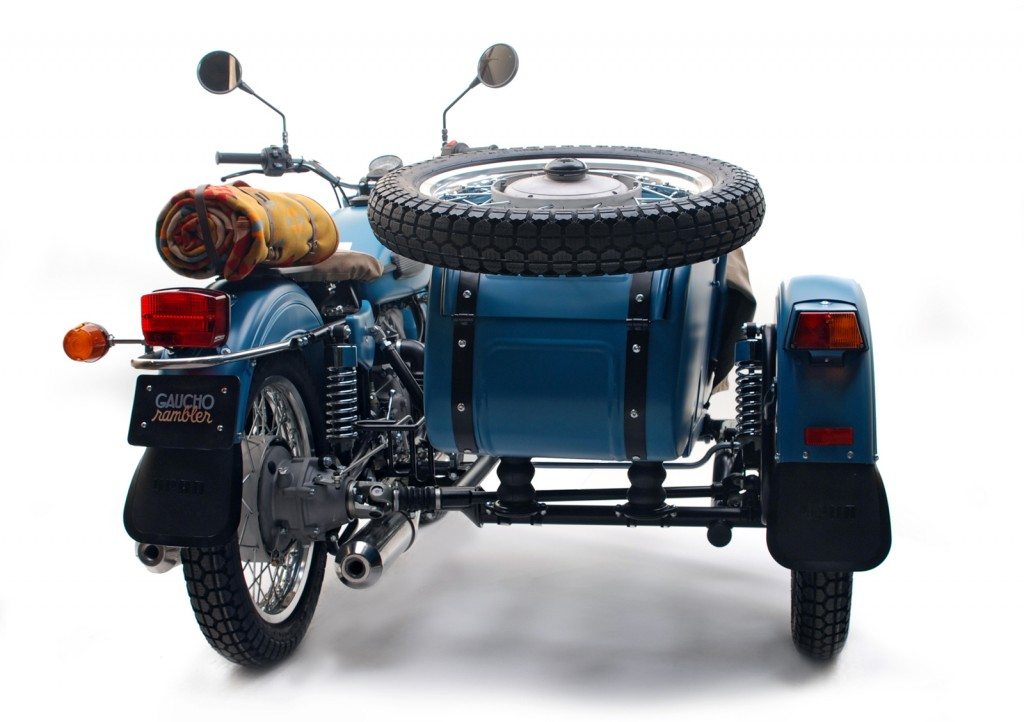 Using a 749cc air-cooled Boxer Twin that cranks out a modest 40 horsepower mated to a 5 speed gearbox (4 forward, 1 reverse) with a top speed of 105 kph, the Gaucho Rambler boats of high quality underpinnings such as Keihin carburetors, Brembo brake calipers and Sachs suspension rendering a blend of classic styling with modern technology.