Oil companies literally would have suffered sleepless nights ever since Volkswagen introduced its diesel powered hybrid (it can actually be called a “Super Hybrid”) car, L1, in 2009.

For those of you who are still wondering why, let us remind you that Volkswagen introduced a concept vehicle named L1 in 2009 and an upgraded concept version, XL1 in 2011 with fuel efficiency level of 100km/l. Yes, that is 100 utterly thrifty kilometers in one litre of diesel. And the carbon footprint of this car, at 21g/km, will put many cows (and few men) to shame. 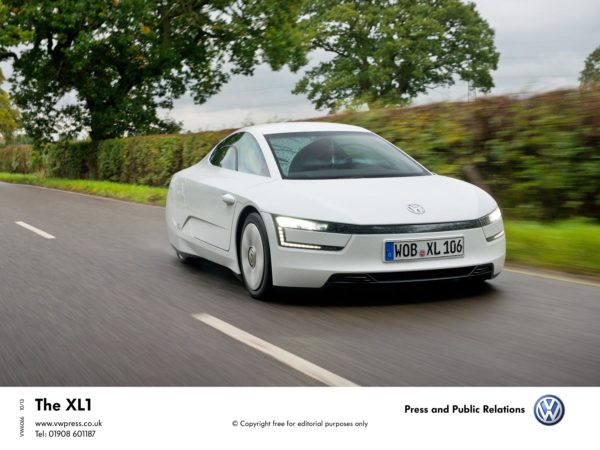 Now, the nightmare of diesel sellers is coming to reality, although in limited number. Volkswagen has announced pricing for its record-breaking XL1 model, the world’s most energy efficient production vehicle.

A total production run of around 200 XL1s are being built at Volkswagen’s Osnabrück factory in Germany, a proportion of which will be made available for the UK. The first delivery was made to a German customer at the end of May, with a number of UK customers already in line to purchase a car. 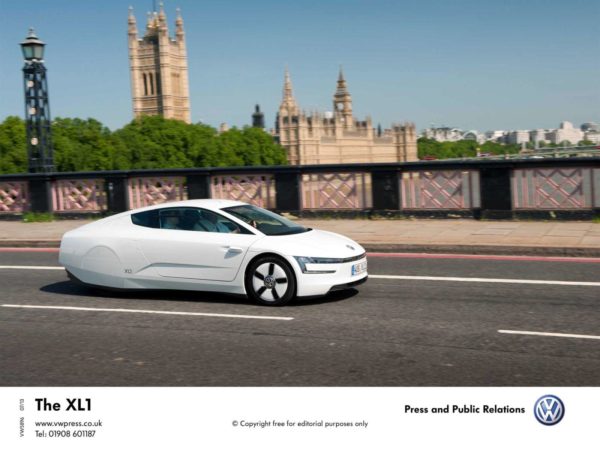 The XL1 is currently on display at this weekend’s Goodwood Festival of Speed, turning heads on the Volkswagen stand, and making its way up the iconic hill among a host of other supercars.

Don’t worry, bullockcarts would not be overtaking you as the XL1 was also aerodynamically optimised. With a drag coefficient of 0.189 the XL1 can maintain 100 km/h on a level road in still air using just 8.4PS.

Commenting on the XL1, Product Manager Lianne McKnight said, ‘Enthusiasm for the XL1 has been building since the first concept of the car was unveiled in Qatar in January 2011. Knowing that production of our cars is now underway and that customers will soon be taking delivery of them is very exciting. We’re looking forward to seeing this record-breaking model on UK roads, as well as seeing technologies within it filtering down to many of our mainstream Volkswagen cars. 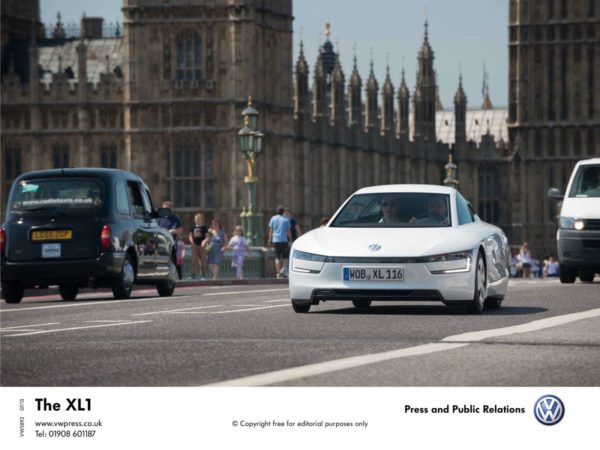 ‘To achieve its benchmark efficiency goals with materials and technology available today required a radical approach. Each XL1 customer is therefore able to own an example of the type of car we may be driving in 15 years time, and benefit today from the investment that a company like Volkswagen makes in its future,’ she added.

What do you think of Volkswagen XL1? Share your thoughts through comments below.