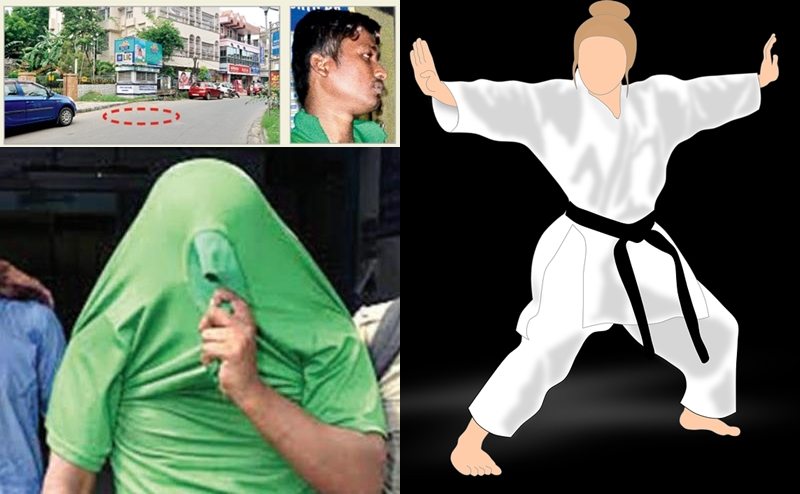 While some unapologetic steroid junkies are throwing around the term “rape” casually, a 27-year-old woman in Kolkata faced a horrifying situation, narrowly escaping the worst, when her Uber driver threatened to rape her. 28-year-old Santu Parmanik, the driver of the white Swift Dzire (registration number WB 19 H 2052) allegedly refused to drive on the main route and continued to drive towards an isolated road.

When the lady passenger protested, he threatened her saying, “Shut up! I will kidnap and rape you.” She also accused him of roughing her up, trying to drag her inside the cab after she managed to leap out of the vehicle.

But the driver messed around with the wrong woman and got his ass kicked for good. The complainant told The Telegraph, “I won’t be a victim and be found dead in the bushes by the roadside. I had taken self-defence lessons in school around 15 years ago and all that training suddenly came in handy. I mustered all my strength and targeted his shin bone and the back of his knees.”

The driver was arrested at Patuli on Tuesday night and has been charged under IPC 341 (wrongful restraint), 354 (assault or criminal force on a woman to outrage her modesty), 323 (voluntarily causing hurt) and 506 (criminal intimidation). Meanwhile Uber said in a statement, “We have shared the driver and trip details with the police and will continue to support the investigations, as required. The driver has been blocked from using our platform.”

We salute the young lady for her courage. At the same time, we hope that the women reading this article take a leaf from the brave girl’s book, and train themselves in self-defense to deal with such anti-social elements if, god forbid, there ever is a need for it. Our male friends reading this post should also encourage the women among their friends and family to equip themselves physically to deal with such situations. Apart from learning self defense, keeping a small pepper spray canister handy is advisable for the ladies, to thwart any threats posed by the demented beasts who unfortunately roam freely on our roads.

News
,
Motoroids Comments
Facebook Comments
Leave a Reply Cancel reply
Popular Stories
Hyundai Creta 7-Seater Version: What Could It Be Like?...
Kawasaki Ninja H2 Gets Badly Hurt After Supercharged Rider Makes A Mistake...
TVS Motor Company And Sundaram Clayton To Spend INR 30 Crore To Fight The Virus...
Tom Cruise Mounts A Made-In-India Motorcycle For Next Mission Impossible Instalm...
Innovation In The Time Of Crisis, Only To Get Home...