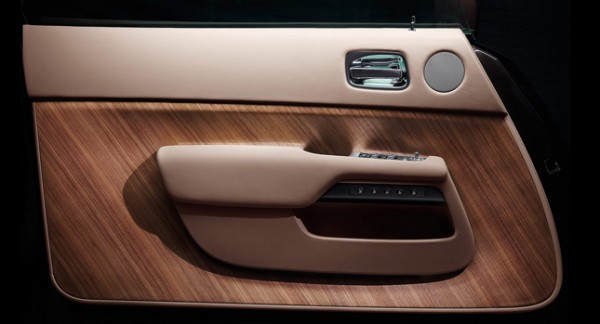 Rolls Royce has been regular with publishing the teasers for the upcoming Wraith Coupe.

The car maker has now published two more images that reveal some more of the upcoming car. The first of these teasers shows Wraith’s door that’s covered in ‘Phantom-grade’ leather and boasts of an open pore wood surface named ‘Canadel Panelling’. The second image that we have here is that of the Wraith’s clock that is surrounded by chrome and has piano black surfacing on the dial. The timepiece will be exclusive to the Wraith and won’t be found in any other Roller.

“This contemporary finish presents an interior space that hints at the interior of an ultra-luxury yacht. The horseshoe sweep of Wraith’s cabin also echoes the cove at Le Canadel in the South of France where Sir Henry Royce and his design team spent their winters.” 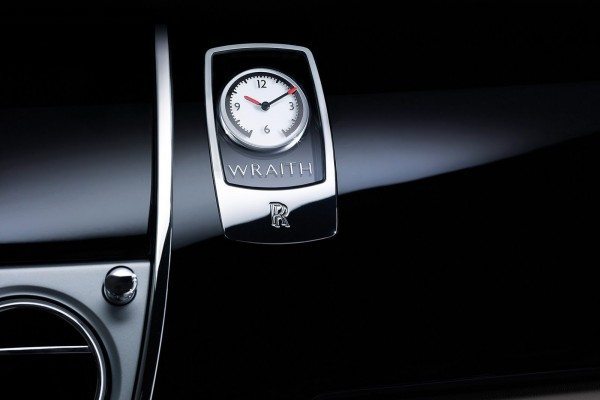 The British carmaker added: “Every possible interior detail has been carefully considered – and beautifully executed. The clock, for example, is presented with Blood Orange needle tips that point to the car’s dynamic potential, while paying homage to the marque’s aviation heritage.”

The Rolls Royce Wraith will make its debut at the upcoming 2013 Geneva Motor Show that will be held in early March. The BMW group owned British luxury car maker says that the new Wraith will be the most powerful and dynamic Rolls Royce car yet.

As we have earlier mentioned, it is the second instance that Rolls Royce will use the Wraith moniker. The first Rolls Royce Wraith was sold way back in 1938 and the new Wraith, which comes 75 years later, will be the fastest production spec Roller ever.

Speaking on the chosen name, Torsten Müller-Ötvös, CEO of Rolls-Royce Motor Cars, said, “Wraith alludes to an almost imperceptible but powerful force, something rare, agile and potent, a spirit that will not be tethered to the earth. It is the perfect name for our new model.”

The Rolls Royce Wraith II will be based on the Ghost saloon and will come with a lower roofline, sloping rear windshield and two rear-hinged doors. Powering the Wraith will be a twin-turbo 6.6-litre V12 engine with a peak power output of 600bhp. The car is expected to have a 0-100kmph time of less than 5 seconds.

As always, Rolls Royce has refrained from revealing the power figures and says that the power is “more than adequate”.