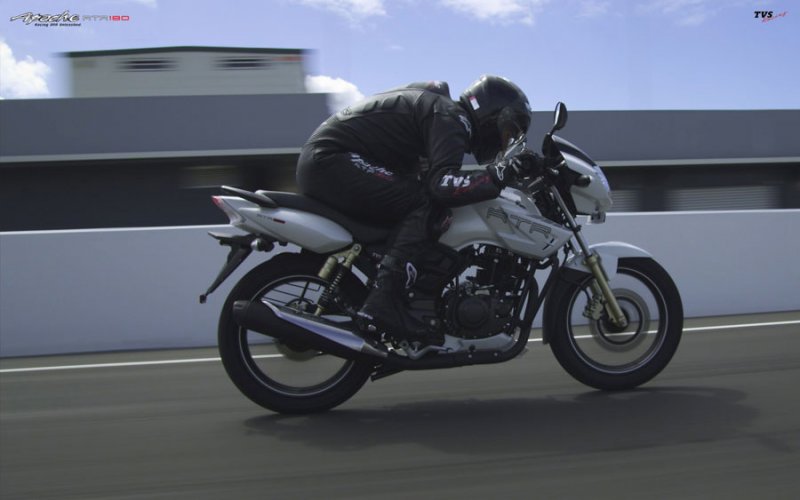 One of India’s leading 2 wheeler manufacturers- TVS Motor Company today announced that it is working on launching two motorcycles in the executive segment and two scooters in the year 2012.

The South Indian manufacturer would test market its hybrid scooter Qube. The Qube will hit the dealers in June 2012 and TVS plans to commence the sales of the futuristic scoot with initially test marketing 200 scooters before the full fledged commercial launch in 2013.The has is powered by a 100cc four-stroke engine and an electric hub motor. The rider can opt from a range of modes, as per the requirement. Like with the internationally available hybrid scooters, the hybrid system of Qube charges the Lion (lithium ion) battery when the brakes are in use. Plus, this ‘green’ scooter conserves energy by shutting down the power consumption when it is on halt.

Al this green tech. boils down to a significant reduction in  emission and improved fuel economy. The TVS Hybrid Scooter is therefore expected to deliver a mind blowing fuel economy of around 70 kilometers in average city riding conditions.

TVS plans to launch an all new motorcycle brand with a 125cc heart mated to a 4 speed gear box. This ‘econo-mutter’ should be launched in June 2012. TVS says it is working on a refined design and comfortable riding position for this bike. The bike is said to being ‘tailor made’ for the commuter.

TVS is working on re-introducing its popular Victor brand in December this year. The all new victor will come with an advanced programmed ignition system that should enable the Victor to boast of a good balance between fuel economy and performance. More details on this bike are currently unavailable to media. Stay tuned folks.

TVS is posting good numbers in scooter segment with the Scooty and Wego brands. The company now plans to take the next obvious step by launching a 125cc scooter in December 2012. This scooter’s high fuel efficiency should be its USP.

We will keep updating our readers on these 4 offerings from the leading bike manufacturer.