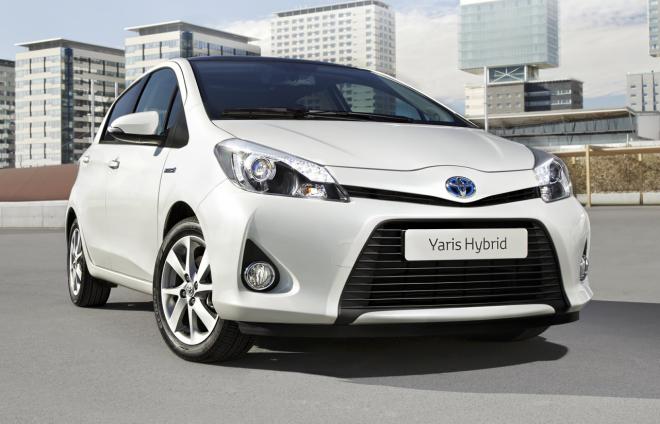 We are seeing a lot of hybrid cars hitting the roads these days. What with the world deciding to go green. Now, the trickle down effect seems to have been in work as the hybrid technology makes it to the B-segment for the first time. The web world is full of spy pictures for the 2012 Toyota Yaris Hybrid. To make the system work with the smaller model, Japanese automotive giant Toyota went ahead and downsized their hybrid powertrain-Hybrid Synergy Drive (HSD). Now, the HSD will work with a 1.5 litre petrol engine. The re-worked unit is a good 20 percent lighter than the full sized sibling being used in the Auris Hybrid. The combined power output of the system is rated at 100PS (98hp/73kW) and this alone speaks that the downsized HSD has no handicap to deal with.

The hybrid version of Yaris has received a substantial facelift. The updated styling includes a redesigned front and rear fascias. As per Toyota, the new front is also the new family face of the Toyota line up of cars.“It combines a new, more assertive Under Priority trapezoid opening frontal design element with the Keen Look design implemented on the front lamps.”

The 2012 Toyota Yaris Hybrid will be unveiled to the world at the upcoming Geneva Motor Show.