Hosur based two wheeler manufacturer TVS Motor Company recently announced that the company had sold two million units of the Jupiter since the time it was launched four years ago. The model has also been the fastest scooter to reach the sales milestone of 1 million units, by achieving the target in just 30 months. 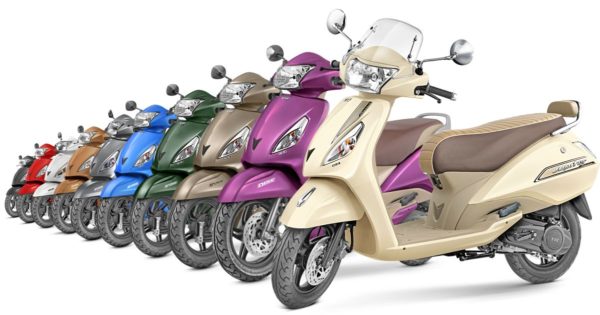 Now, the TVS Jupiter had made another record by becoming the second best selling scooter in the month of October this year. The scooter recorded sales of 81,326 units in October this year as compared to 63,014 units last year in the same period, registering a growth of 22.5 percent Y-o-Y.

Powering the TVS Jupiter is a 110cc engine that is tuned to produce a power output of 7.8 hp at 7500 rpm and 8 Nm of torque at 5500 rpm. The model comes with TVS patented Econometer, which guides riders in both, the Eco mode and the Power mode. The scooter is claimed to return a fuel efficiency of 62 kmpl. 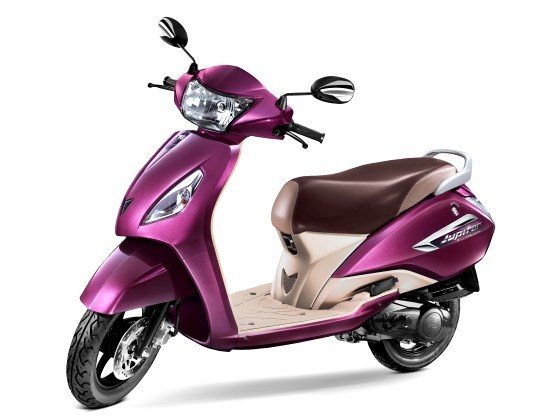 Speaking on the occasion, Aniruddha Haldar, Vice President – Marketing (Scooters), TVS Motor Company, said, “The TVS Jupiter has found favour with people across the country and demographics. In recent times, it has consistently found a place in the top 10 selling two-wheelers in the country. The iconic Scooty, offering Pep+ and Zest 110, has championed the female rider, including being the first scooter to conquer the highest motorable road in the world, Khardung La.”