Launched in the market a couple of days ago, the Jupiter ZX model is now on sale. Before the ZX model, TVS had brought in the Grande Edition of the motorcycle, which has been now discontinued. Both these models, being based on the same scooter, come with some minor differences which distinguish the two and some similarities as well. Read ahead to know more about the key differences between the two variants. 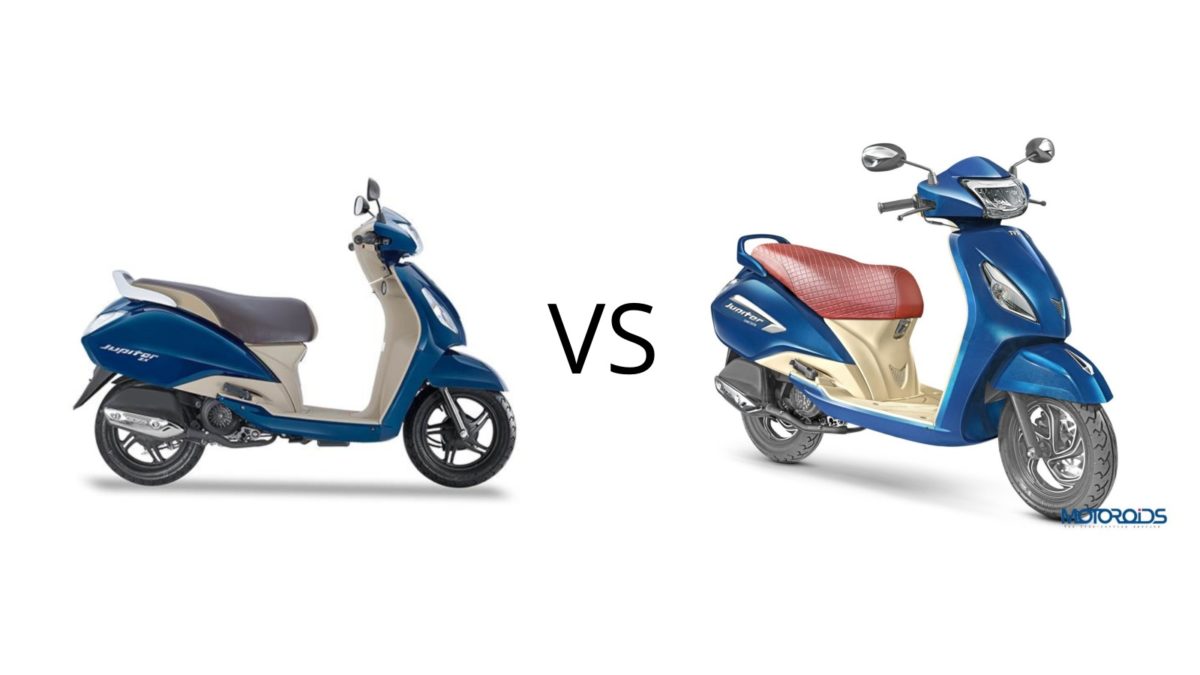 Unlike the Grande Edition, the ZX model does not come with the unique seat cover offered with the former model. This seat cover came with diamond-shaped stitching, finished in a dark maroon shade. Moreover, the chrome accents applied to the front apron of the Grande edition are not carried over in the ZX model. The diamond cut alloy wheels too, that came in the Grande Edition are not carried forward in the ZX model. Another major difference between the two is the pricing, Which have been compared in the table below. (All prices are ex-showroom, Delhi)

Despite some differences, the two models of the Jupiter have some common features. This includes the LED illumination, instead of conventional halogen bulbs. The digital-analogue instrument console and pre-load adjustable rear monoshock too have been carried forward. 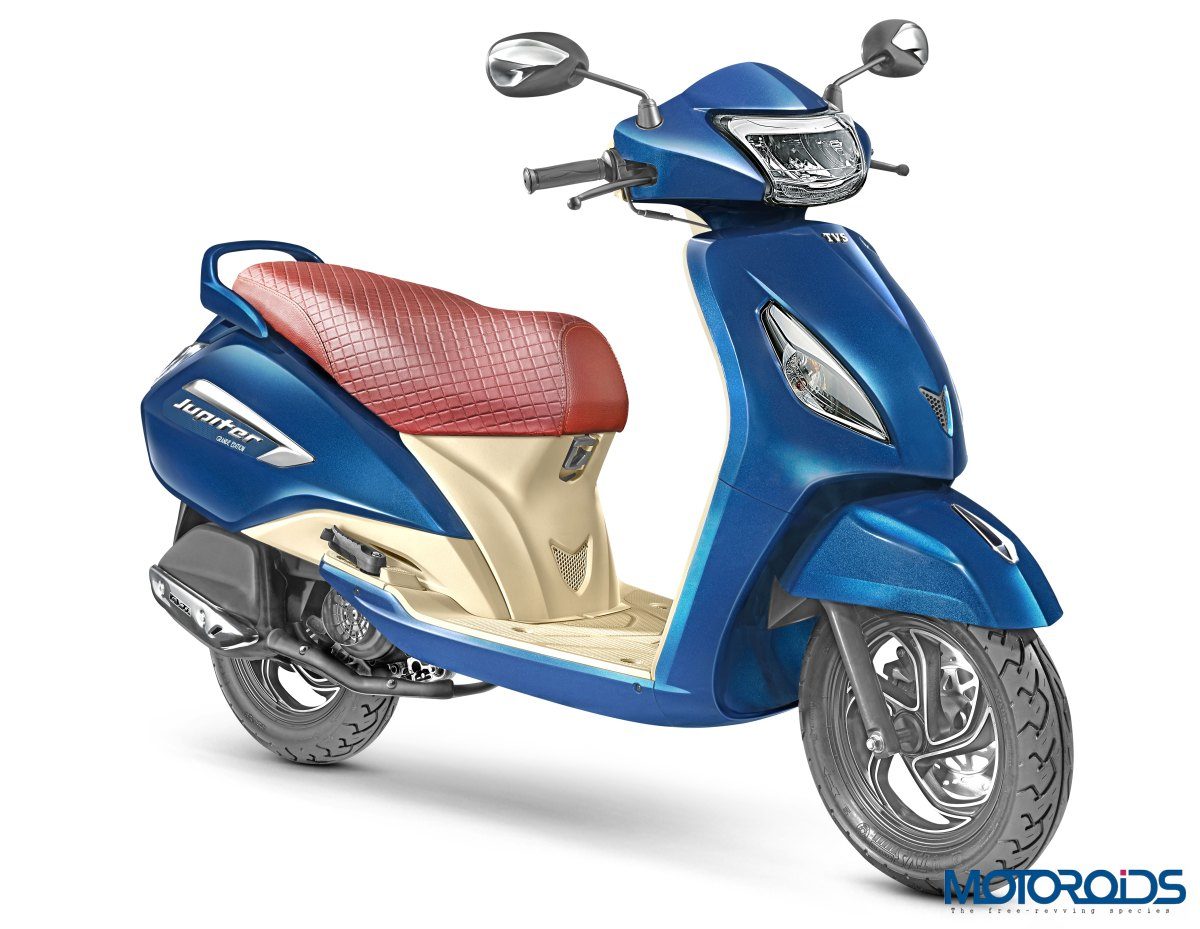 Offered in two variants, one with conventional drum brakes up front and one with a disc brake, the ZX model is priced at INR 56,093 and INR 58,645 respectively (ex-showroom, Delhi). Thanks to the new government mandate, the scooter comes with synchronised braking technology as standard, helping to reduce braking distance and making it even safer for riders. Apart from the changed mentioned above, the ZX variant retains the mechanical components of the regular Jupiter. 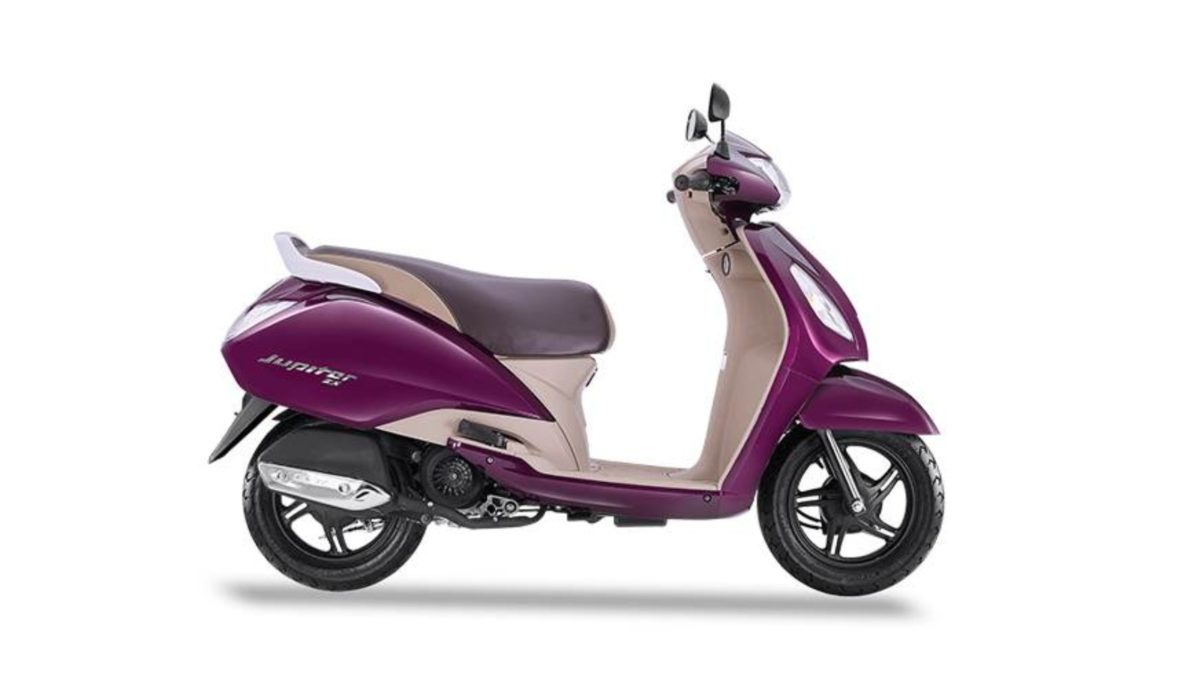 The Jupiter is powered by a single cylinder, air-cooled, carburettor fed, 110 cc motor. This motor is tuned to produce 8 bhp of peak power and 8 Nm of peak torque. The 2019 model of the Jupiter ZX model is available in two shades – Starlight blue and Royal Wine. This scooter goes up against the Honda Activa in the Indian market.