The new TVS Apache RR310 will be launched on December 6, 2017. However, you may not have to wait anymore to know what the motorcycle will pack in terms of specifications. While we’re yet to hear an official announcement, a recent report claims that the upcoming flagship from the Indian two-wheeler manufacturer will pack 34.2 bhp of power and can sprint from naught to 60 kmph in under three seconds. 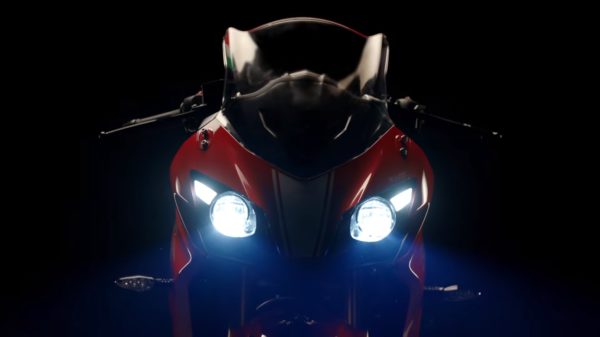 The motorcycle, as aforementioned, will be launched on December 6, 2017 and we’ll be riding it very soon for a detailed review. Meanwhile, check out this teaser video of the upcoming TVS Apache RR310: