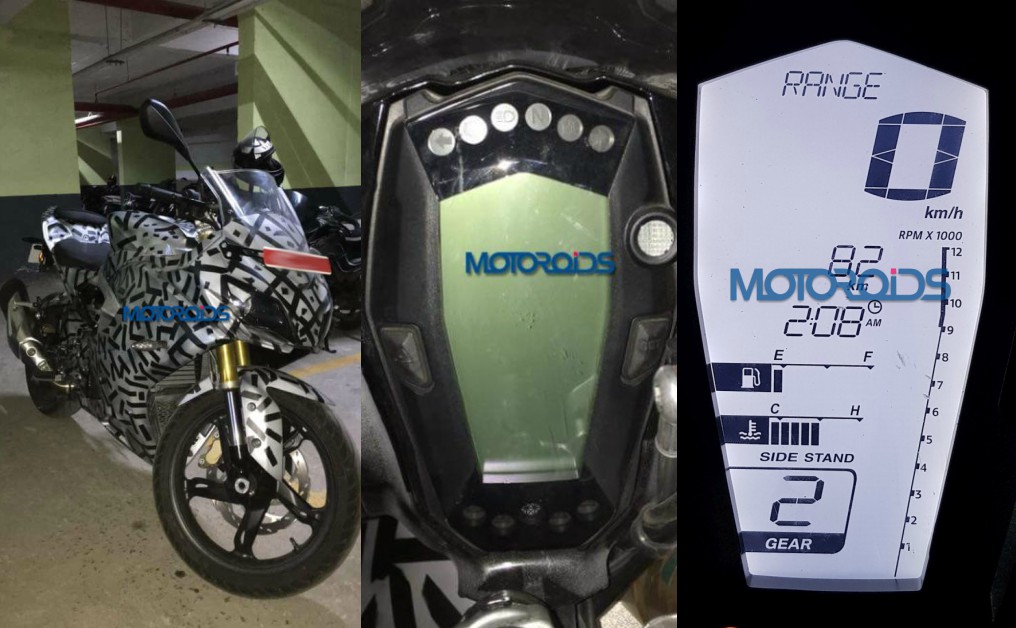 Yesterday, we brought you exclusive detailed images of the upcoming TVS Apache RR 310S that revealed quite a few details about the new fully faired motorcycle from the Hosur based manufacturer. Now, a new spy image shared by one of our readers reveals the instrument cluster of the Apache RR 310S in all its glory. 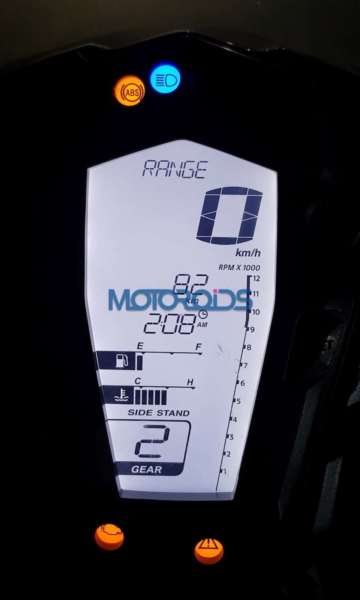 A few other highlights of the upcoming TVS Apache RR 310S include dual projector headlamps, step-up split seat, five spoke alloy wheels wrapped in Michelin Pilot Street Radials, USD forks at the front and a monoshock unit at the rear and LED powered elements including the pilot lamps, turn indicators, tail lamp. ABS is likely to be offered as an optional feature. 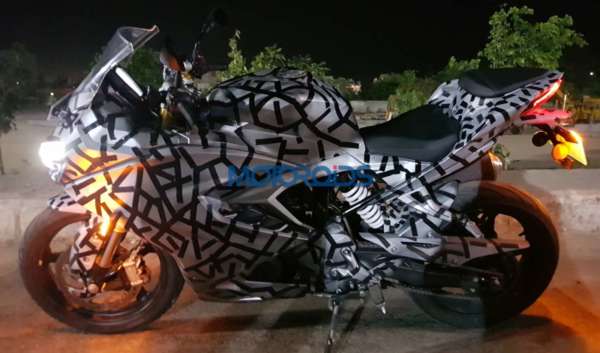 Powering the TVS Apache RR 310S will be a derivative of the 310cc single cylinder liquid cooled engine. This engine is based on the BMW G310R’s engine, where it produces 34 hp and 21 Nm of torque. TVS Motor Company has not revealed the launch date for the Apache RR 310S although with the frequent spotting of the test-mules, we can gather that the launch is not far away. Stay tuned for details.