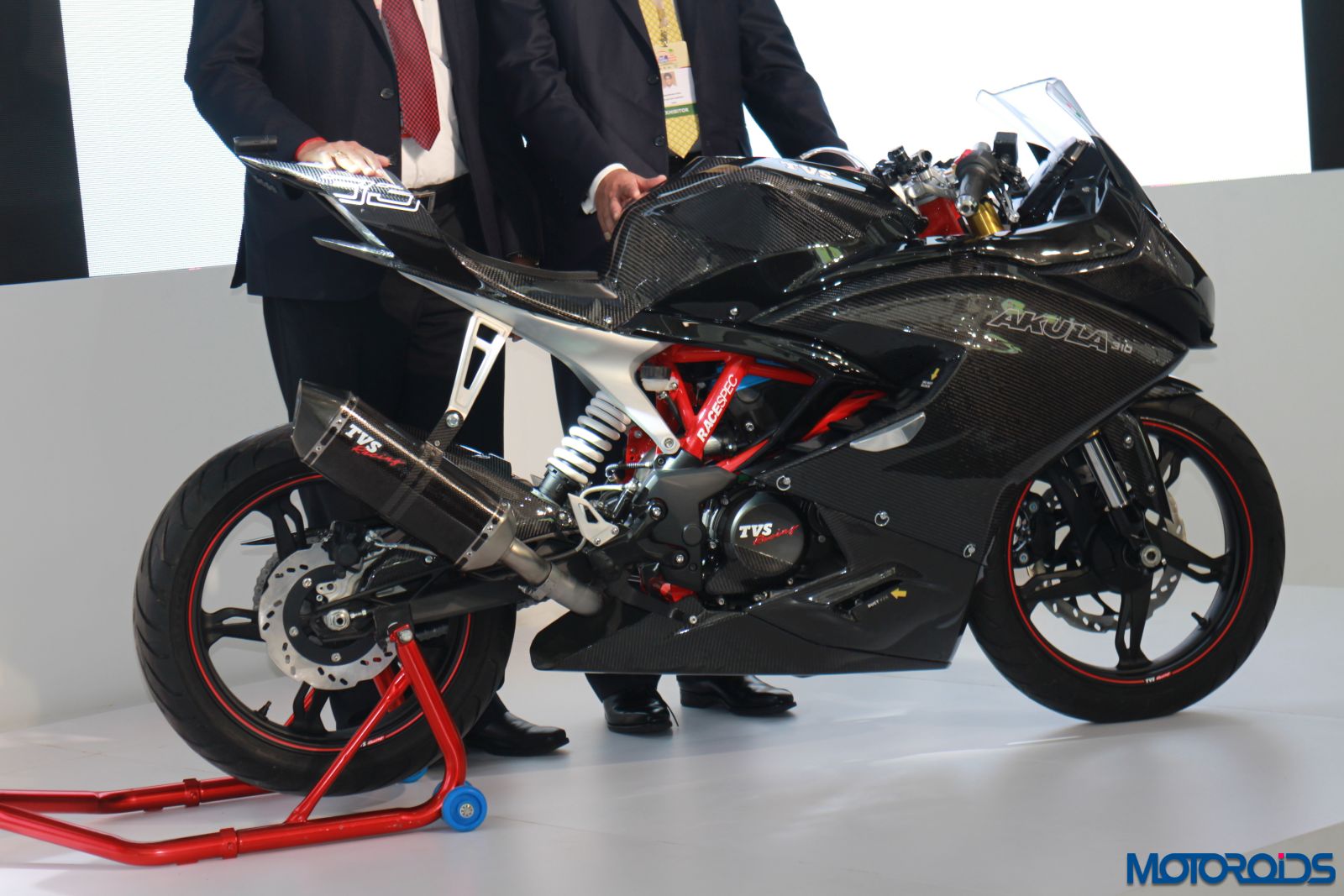 Test-mules that were spotted on public roads revealed a few key facts of the upcoming Akula 310 fully faired motorcycle. The production ready model, unlike the concept showcased at the 2016 Auto Expo, will feature a conventional fairing done up in either fiberglass or ABS plastic, sporting a conventional paintjob, probably in a matte finish.

Up-front, the upcoming Akula 310 will feature a dual headlamp setup and LED pilot lamps. While the ram air-induction vents will be retained from the concept, the purpose could stand to remain purely cosmetic. A few other additions over the concept would include a tail section with a registration plate holder, turn indicators, saree guard rear view mirrors, LED tail light, and a production friendly exhaust system. 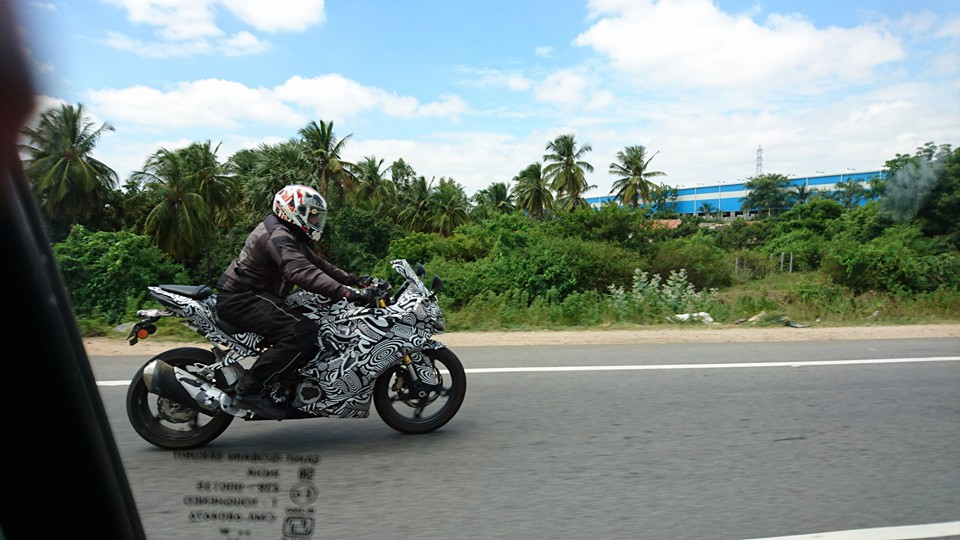 The Akula 310 will source power from the same motor as seen on the TVS-BMW G310R. The streetfighter is powered by a single cylinder liquid cooled motor that produces 34 bhp and 28 Nm of torque. Apart for the engine, a few other elements such as the brakes, suspension setup and the frame will also be borrowed from the Indo-German roadster.