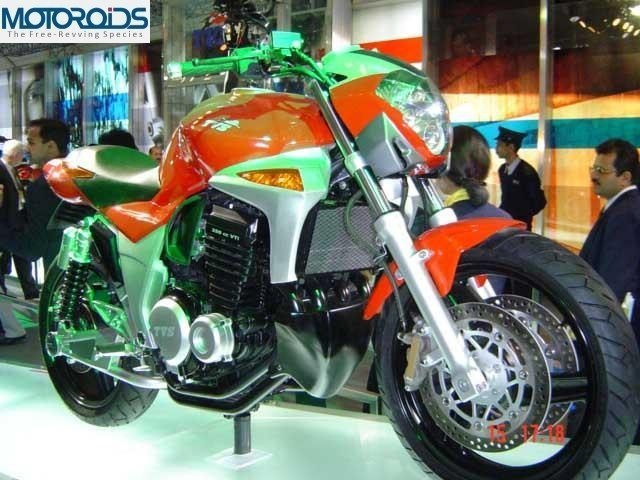 Till recently, TVS Motors used to be counted among the pioneers of Indian performance bikes segment. However, the South Indian bike maker found itself lagging behind as Bajaj came up with the Pulsar 200NS and KTM Duke 200. Not to forget that Honda, which remained pretty dormant for a lot of time, decided to become aggressive for Indian bike market and launched the CBR250R in the performance segment.

Rumours of a TVS 200cc bike have been doing rounds since at least a year now. However, it has only recently been confirmed that the bike maker is working on an all new 180cc+ bike for the fast growing 180-250cc segment. The upcoming bike is expected to be unveiled at the 2014 Indian Auto Expo and would be launched by May 2014.

Only a few hours back, we reported that BMW Motorrad and TVS are close to entering a partnership that would see the two manufacturers benefitting from each other’s strengths.

It remains to be seen if the 2014 TVS performance bike would sport technologies from  BMW Motorrad.