Home News TT3D: Closer to the Edge is a hit! 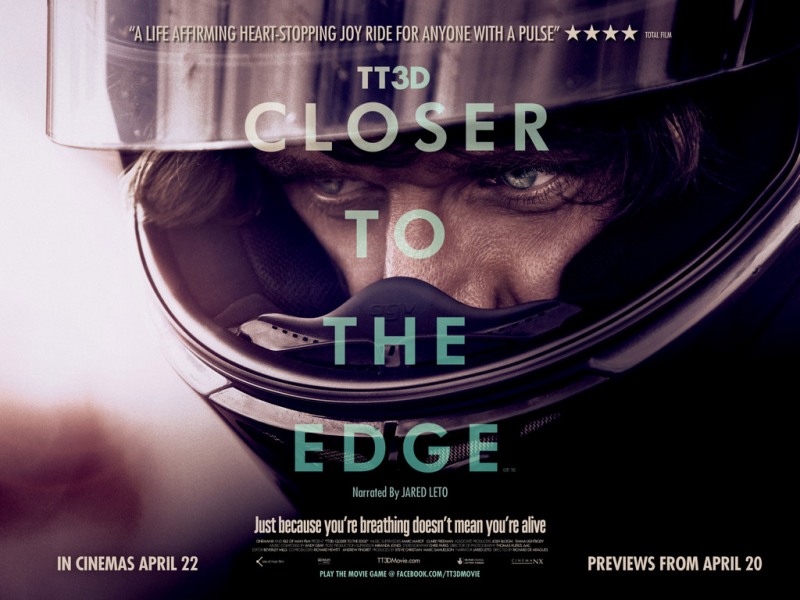 TT3D, the documentary on Isle of Man we told you about a few days back, along with a trailer, has become a big success, especially in the UK. The film is already considered one of the most successful documentaries to have hit the big screen. The movie is playing in as many as 130 cinemas in the UK and the fever seems to be spreading with every passing day.

Viewers’ and critics have applauded the movie equally, everyone seems to have been smitten. According to the director of the movie Richard de Aragures, “For a small Brit movie, we¹ve already reached No 9 in the UK box office chart ­ and that¹s on a really limited screen release. Most of the top 8 films have over 400 screens releases! I’ve been overwhelmed by the response to the film; and touched by the stories of people travelling a sixty mile round trip to see it! Then as soon as they get home, they’ve posted that they’ve booked to go the next night too! I knew fellow bikers would appreciate this film, but when one of Jared Leto’s many female fans tweeted that that’s the only reason they went to the cinema ­but the film blew them away ­ then that makes me a happy man.”

Unfortunately there is no word on whether the movie will be making it to Indian screens. However, if you wish to see the movie here on the big screen, I guess all of us Motoroids will have to visit the movie’s homepage and find a way to communicate the sentiment to the right people. One way is to visit the movie’s FB page https://www.facebook.com/TT3DMovie and comment there requesting the people to bring it here in the metros. Here’s a trailer