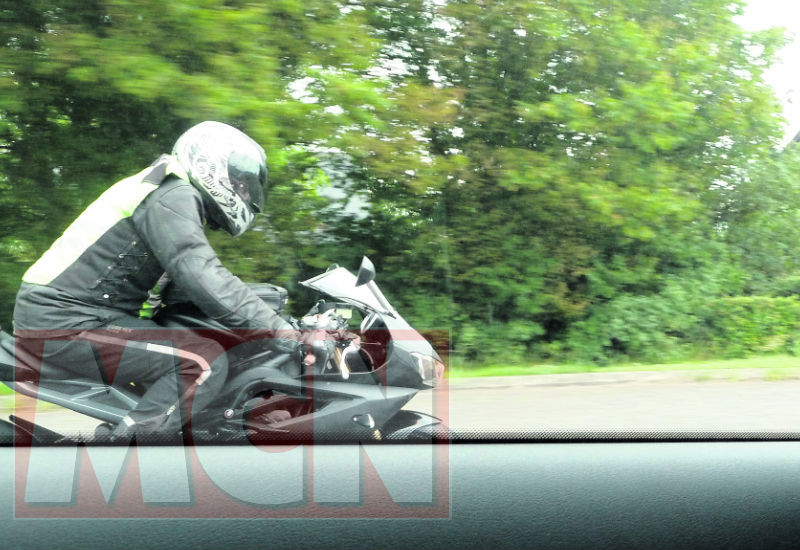 British motorcycle manufacturer Triumph which is due to enter India early 2012, seems to be preparing an all-new, 2012 version of its popular supersport – the Daytona 675. The 675cc triple cylinder machine which is good for 124bhp of power and about 65Nm of torque is extremely popular in the European countries. Sales have not been so strong in the past one year though, as no major changes have been made to the original model.

The bike in the pictures here was spotted by one of the readers of MCN, one of the best known two-wheeler publications in the world. The spy pictures reveal that this is not just a faclifted version of the 2011 bike, but a complete overhaul. Every visible part of the bike seems to have been either heavily modified or completely changed.

Major changes include a new, small exhaust in place of the earlier under seat unit. Replacing under seat exhausts with side mounted units seems to be quite a rage with most of the manufacturers these days. The designers at Triumph too seem to have given in to the new wave.

Apart from the exhaust, Triumph have also changed the front fairing, headlamps as well as the rear end of the bike with the new model. The pillion seat, the side panels, as well as the sub-frame too are entirely new.

While clear changes are visible on the outside, there is no word on whether any changes have been made to the engine and mechanicals. This is the first time Triumph is making such sweeping changes to the styling of the bike ever since it was launched in 2006. With a complete model replacement, it won’t be a surprise if the British bikemaker ups the performance ante too by some margin.

We’ll keep bringing you more updates as they emerge, and by the look of it, iot wont be long before they do. Stay tuned!