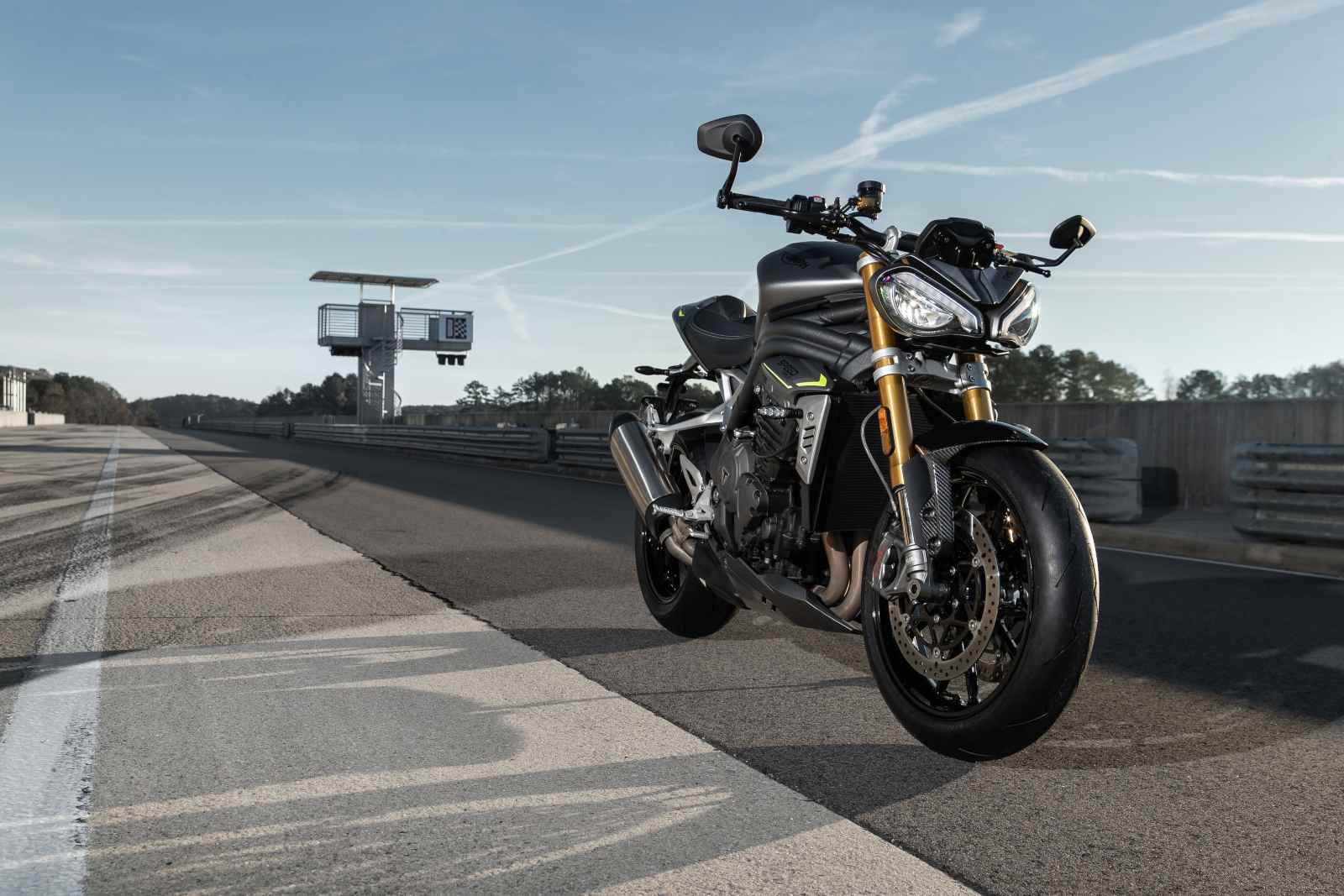 It is a serious upgrade over the outgoing model as it features redesigned styling, bigger engine, less weight and not to forget, more tech goodies! 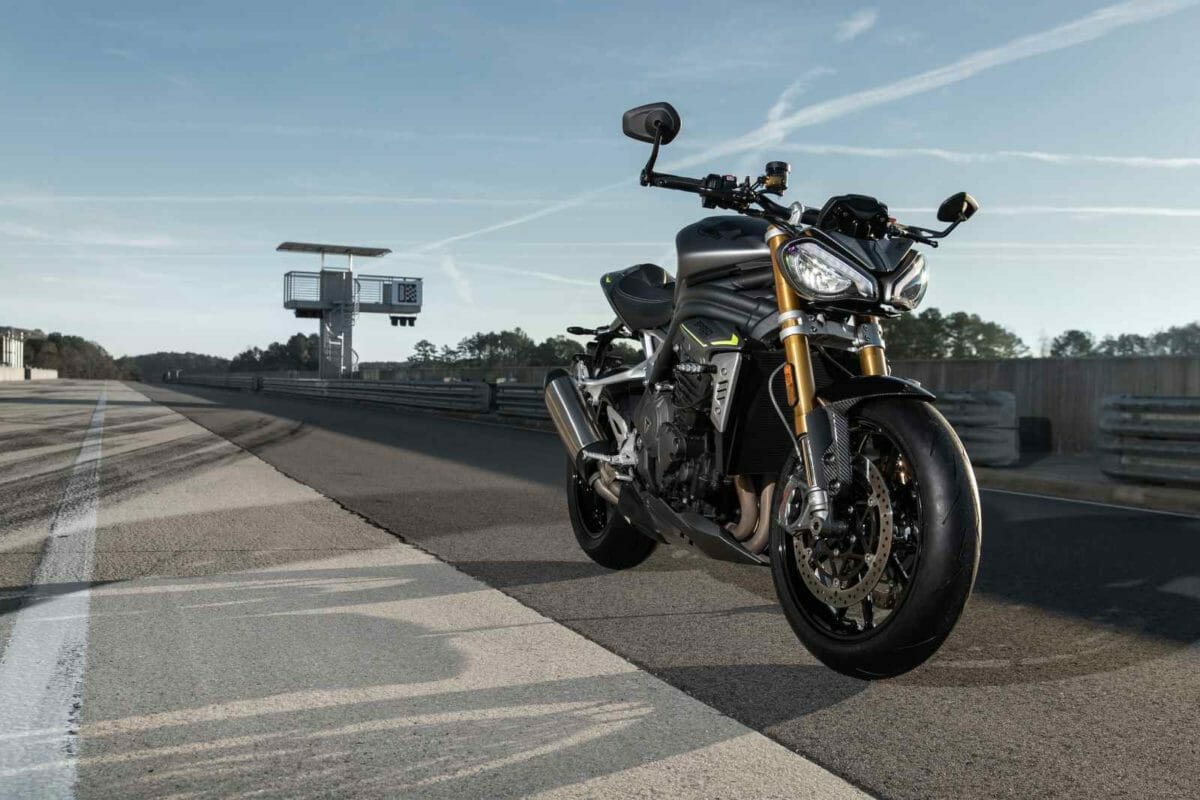 First up, Triumph has bumped up the displacement to larger 1,160cc triple that features a ground-up all-new design. While the displacement has gone up, the heft hasn’t as the engine design is more compact thereby making it lighter by 7kg than the previous.  Talking about more numbers, the Speed Triple 1200 RS pumps out 180hp at 10,750rpm and 125Nm at 9,000rpm (8Nm), which is 30hp and 8Nm more than the predecessor’s motor. 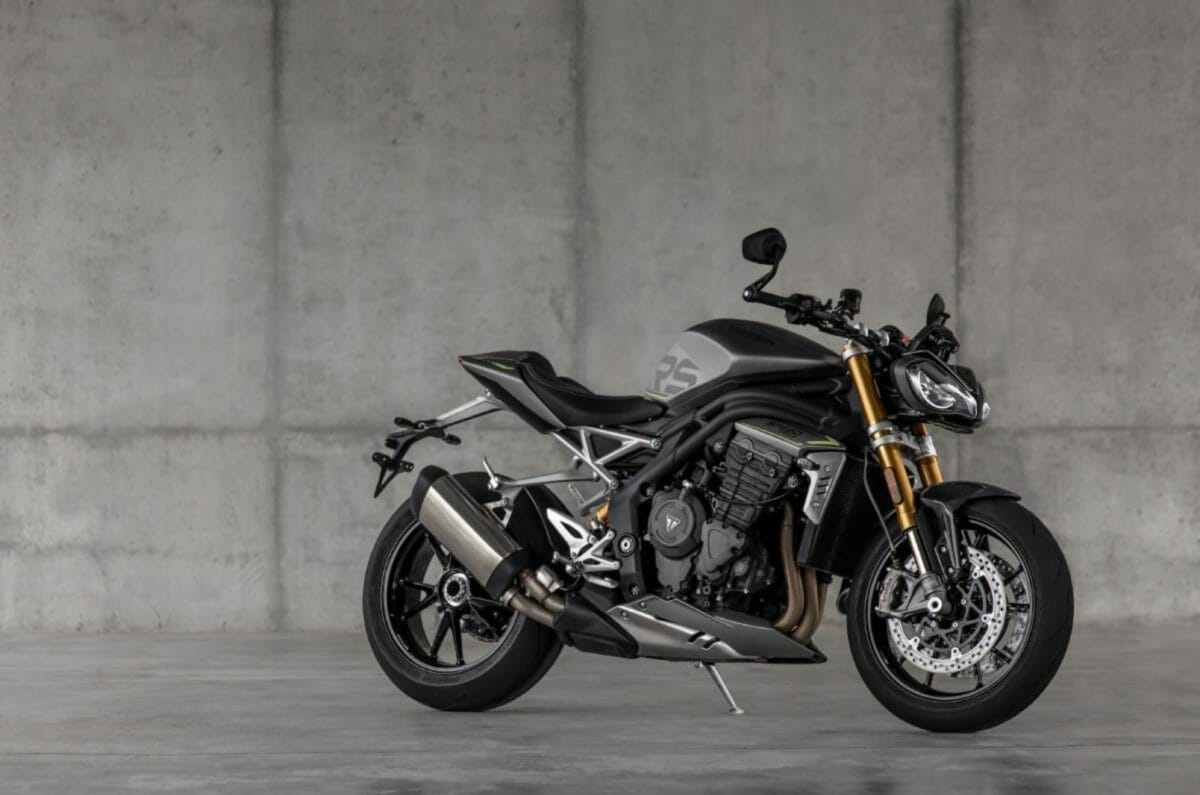 The engine is paired to a new stacked 6-speed gearbox and has an up/down quickshifter as standard. Being a Triumph, the Speed Triple 1200 RS is all stacked up with a comprehensive suite of electronics. The 6-axis IMU assisted system consists of 5 ride modes (Rain, Road, Sport, Track and Rider) and lean-sensitive traction control and cornering ABS. Besides these safety-related electronic bits, the motorcycle also gets cruise control as standard.

The Speed Triple 1200 RS might be the angriest looking Triple ever! While the previous iterations of the Speed Triple also looked muscular and butch, this one, right here, looks as sharp as a scalpel. The sleek LED headlamp setup looks inspired from the Street Triple RS and we aren’t complaining! Major changes also include a redesigned rear section and the omission of high-mounted twin exhausts. Instead, the new Speed Triple 1200 RS has a conventionally mounted, single exhaust canister that looks less bulky and also contributes to the weight reduction. 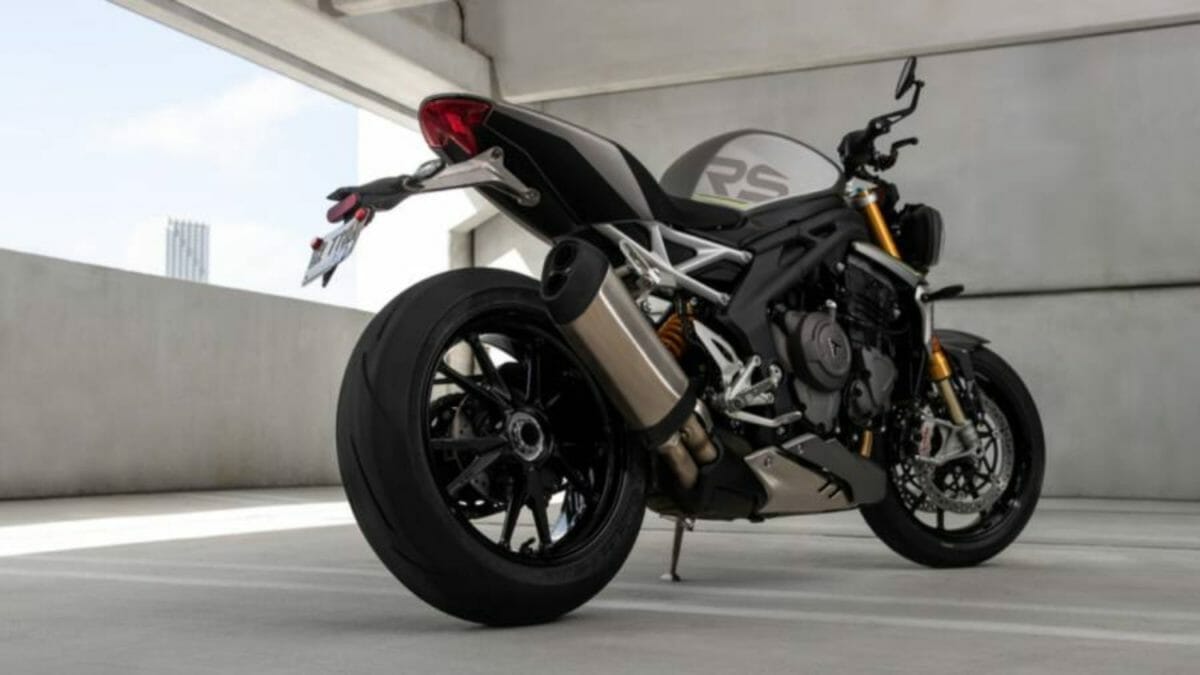 Other specs and features

Tipping the scales at 198 KG, the Speed Triple 1200 RS is a whole 10kg lighter than the Speed Triple 1050. It also gets lighter wheels, shod with new Metzeler Racetec RR tyres that are designed for both road and track use. Being Triumph’s flagship naked, it only makes sense that the manufacturer would make use of premium cycle parts. 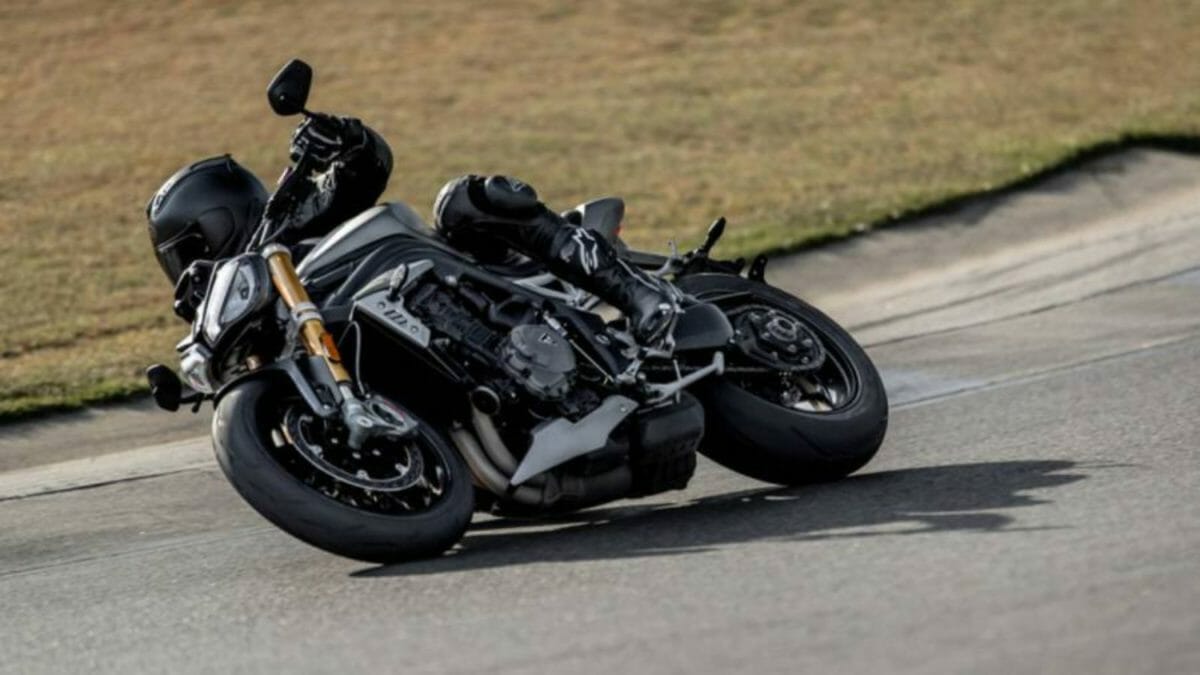 At the front, there’s a Ohlins NIX 30 fork, that’s adjustable for preload, compression and rebound; while at the rear, there’s a TTX36 twin tube with similar adjustability as the front. Braking duties will be supported by Brembo Stylema monobloc calipers. 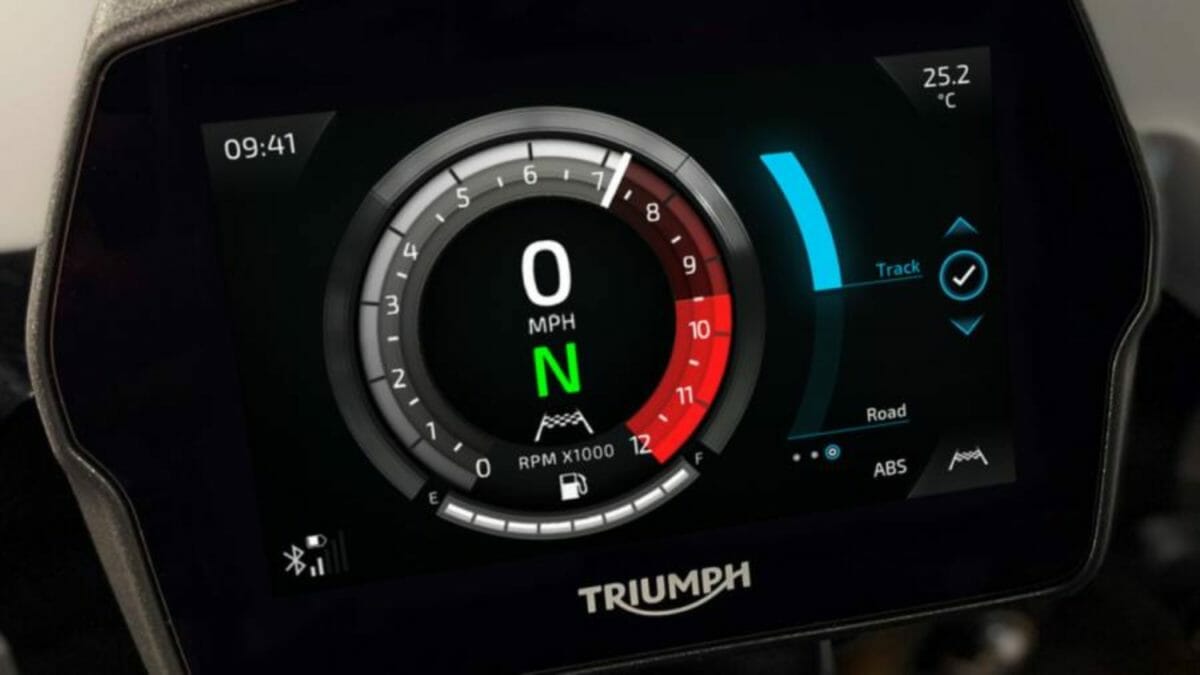