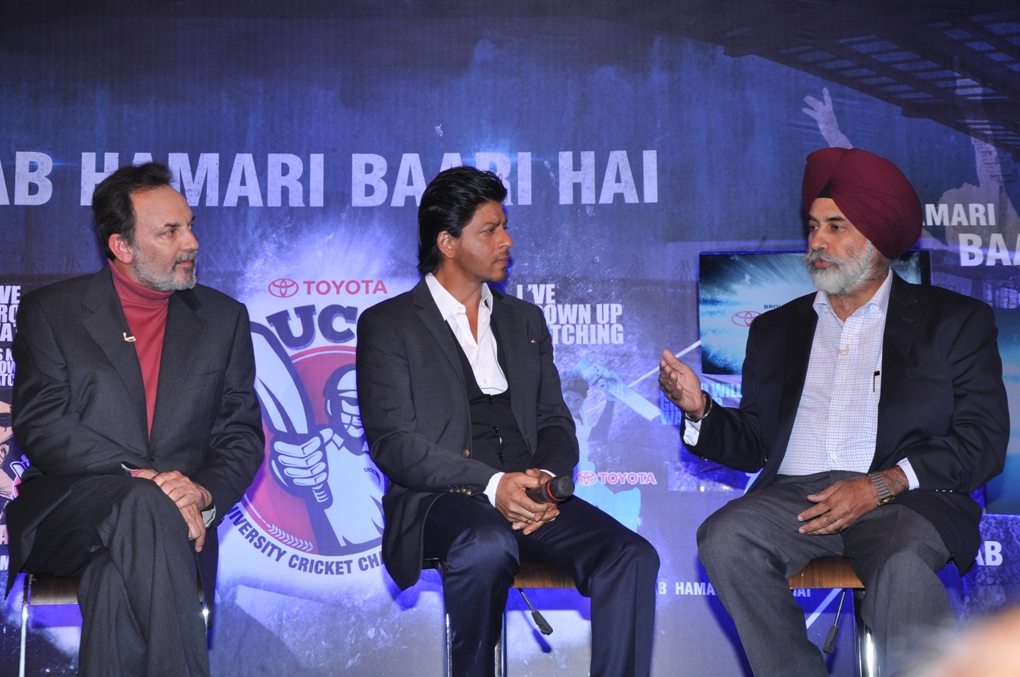 TUCC will see eight Indian universities contest each other for the title of Toyota University Cricket Championship 2013. TUCC is supported by New Delhi Television (NDTV), The Association of Indian Universities (AIU) and The Ministry of Human Resource Department.

Speaking on the occasion, Mr. Sandeep Singh, DMD and COO, TKM said, “Toyota University Cricket Championship is a special project for us and we are very glad to encourage and promote university level cricket in India. Toyota’s foray into this new venture is in line with our global philosophy of creating a sense of ‘WAKU DOKI’, which in Japanese means ‘excitement, joy and fun. With the help of our partners NDTV, we have planned a very aggressive marketing campaign for TUCC which will entail a blitz of promotion and BTL activities starting today till the 17th of February and a number of contests and other attractions from February 17th till the 10th of March, 2013. We will also run very exciting contests for the young participants from the audience who will be eligible to win a brand new Toyota Etios Liva. We will also gift a Toyota Etios to the man of the series,” continued Mr. Singh.

The eight university teams will be split into two groups of four teams each and each team will play each other once in the group across various cities in India. These eight teams will be mentored by renowned cricketers who will also act as team ambassadors for individual teams. Special camps will be held for the teams where they will be trained by their respective mentors.

TUCC aims to reach out to more than two hundred Universities and twenty lakh students across the country through interactive on ground activities across colleges and universities. The matches will also be followed by a carnival with LIVE musical performances by some of India’s great artists, great food and engaging on-ground contests.