Home News Toyota Kirloskar to Hike Prices of its Cars by 1.5% 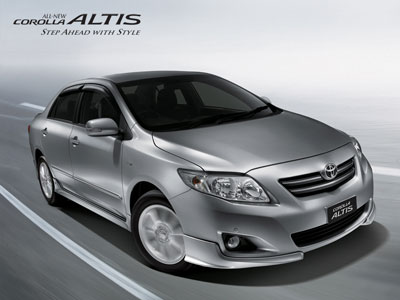 It has emerged that popular Japanese auto manufacturer Toyota is close to increasing the prices of all its cars on sale in India. The new prices will come in to effect from September 1 and the entire range of vehicles from Toyota Kirloskar is slated to become dearer by around 1.5 per cent. As expected, this not so pleasant news is owing to Indian Rupee getting weaker against Japanese Yen. It may be noted that this will be the second price hike from Toyota this year. Toyota cars had earlier become dearer by 1 per cent in June.

“The rupee depreciation has hit us very badly and it is affecting our margins. We are trying to hold this as far as possible. We are forced to pass on the burden partially to our customers. Although we have not finalised the quantum of the hike, it will be around 1.5 per cent,” (TKM) Deputy Managing Director (Marketing) Sandeep Singh said.

Toyota plans to launch the new Camry in Indian market on 24th this month. It remains to be seen if the new car will get more expensive after a week of its launch.