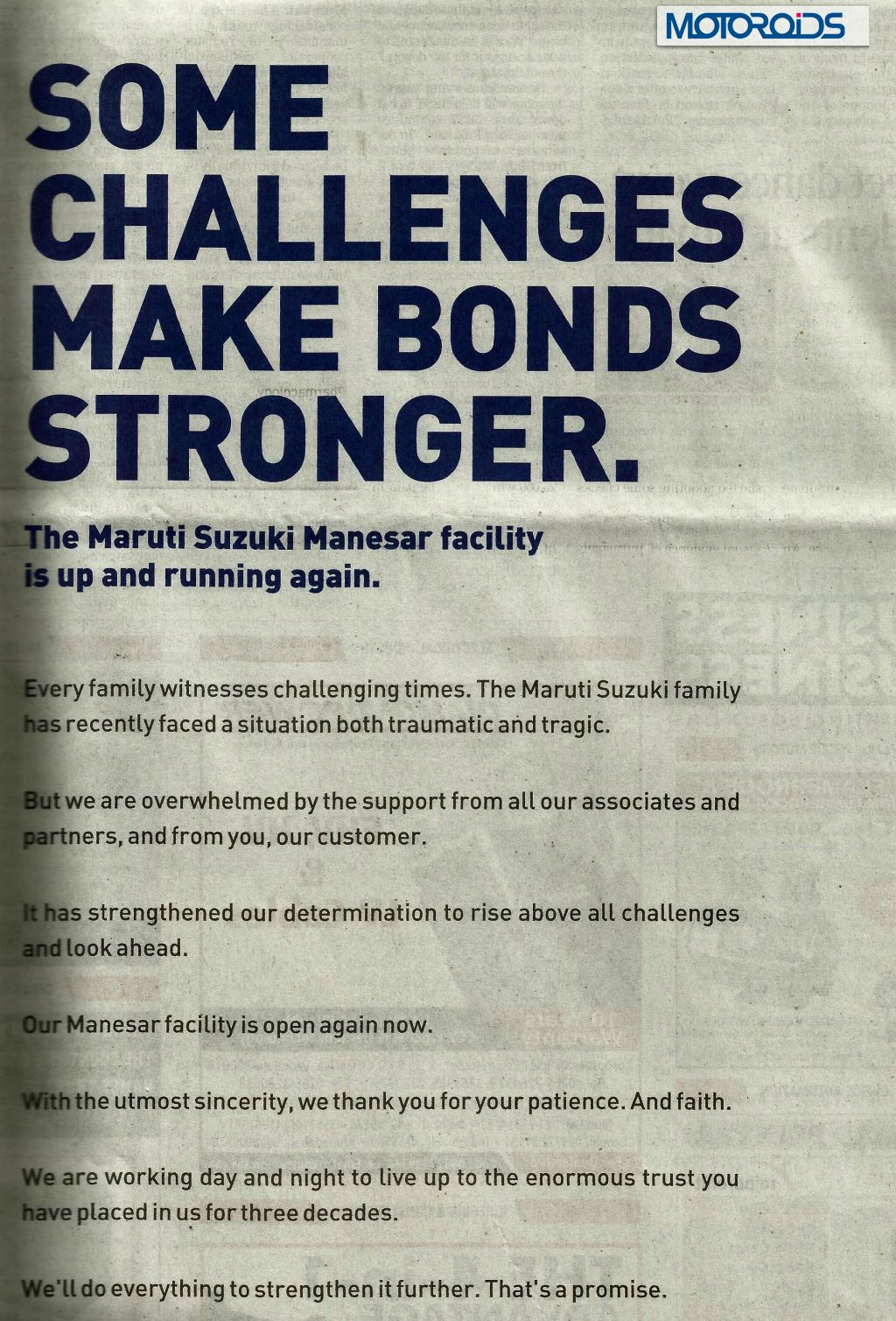 Maruti Suzuki have resumed production at their Manesar plant today. While the resumption would be much to the happiness honest, hard working workers, it would agonize those who instigated the violence, allegedly at the instruction of Maoists. While we wholeheartedly wish otherwise, one could expect more strikes and disturbances to ensue as those who’re fired would now seek political asylum, and our opportunist politicians would be all too happy to extend a helping hand to those who brutally murdered a senior HR manager at the plant, and injured more than 100 other officials. Votes matter, and there are about a 1000 of them. Much more, if their friends and families are counted – wouldn’t take a genius.

To make sure that the unfortunate incident doesn’t repeat itself, Maruti Suzuki have formed a special force of 100 which includes ex army men to keep vigil within the plant. Apart from this, the government of Haryana has also provided a police force of 500 personnel to the plant – 300 of which would keep guard outside the plant and 200 would be inside.

The company would initially resume production with only 300 workers. The production would be restricted to a meager 150 cars per day, as against the normal capacity of 1500-1700 cars with workers working in only a single shift.

Lockouts, disruptions, violence – Indian manufacturing industry is not alien to such incidents. I have personally seen some flourishing industries die an untimely death just because the politically motivated union leaders were not listened to. High time the globally infamous labor laws of this country changed. Your opinions please!