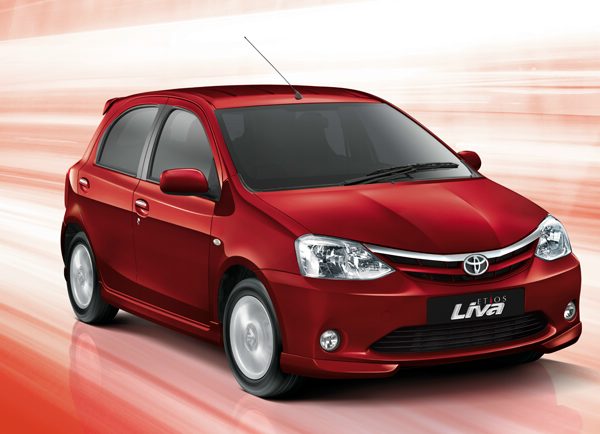 Toyota Kirloskar Motor has forayed into the export market. The company will be exporting its Etios sedan and Liva hatchback to the South African market to start its export operations. The company plans to begin exports by March 2012. The two vehicles will be further exported to other markets as well, as Toyota Motor Corporation plans to make Toyota Kirloskar Motors as its export hub for small cars.

The export model of Etios will be built on the same platform as Etios and Etios Liva, manufactured and sold in India. However, there would be a few changes in technical specifications/features, pertaining to the different needs of each market. The export model will be customized to suit the local requirements. The company will export only the petrol variants of the Etios.

Commenting on the beginning of TKM’s export operations , Mr. Hiroshi Nakagawa, Managing Director, TKM, said, “With the start of exports, TKM has entered a new chapter of business in India. This milestone is a defining moment for all of us at TKM. Exporting the Etios to South Africa would also mean showcasing the advanced technology and superior quality features that have been developed by Toyota for Etios. We are convinced that the Etios will be successful in delivering Toyota’s promise of quality in South Africa too.”

Mr. Shekar Viswanathan, Deputy Managing Director, Commercial, TKM added, “The start of the export operations of the company denotes the growing role of TKM in Toyota’s global operations. This is a tremendous achievement for us at TKM as we enter into a new phase of business. We see a big opportunity in this sector as exports have considerably grown when compared to last year. TKM’s foray into the export market promises a lot of growth for the company.”

The Etios is currently manufactured in TKM’s second plant located in Bidadi industrial area on the outskirts of Bangalore. The export model will also be manufactured in the same plant. The current production capacity in the second plant is 80,000 units which has been ramped upto 1,20,000 units by 2012 and 2,10,000 units by 2013. The engine and transmission for the Etios sold in India and export markets will be manufactured at Toyota Kirloskar Auto Parts. Approximately 100,000 engines will be produced per year starting in the third quarter of 2012 and approximately 240,000 transmissions per year starting in early 2013. The engines and transmissions are currently being imported from Japan.