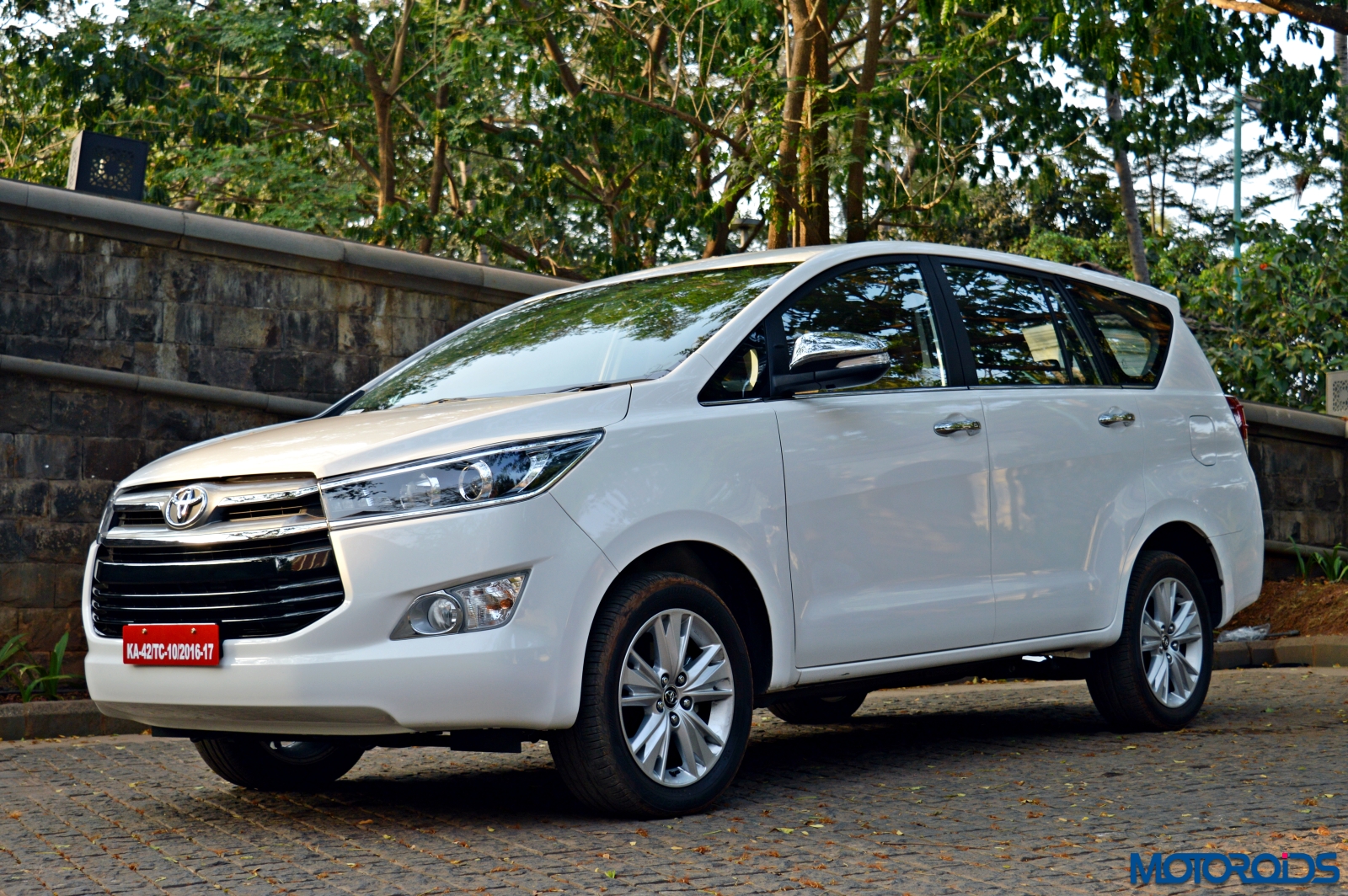 DC design recently unveiled a teaser for the upcoming DC lounge based on the new Toyota Innova Crysta. As we wait for the custom model to be completely revealed, the MPV makes it to the headlines once again. According to an advertisement published by the Indian arm of the Japanese automobile manufacturer, the deliveries for the petrol powered Innova Crysta will begin in the month of August 2016. 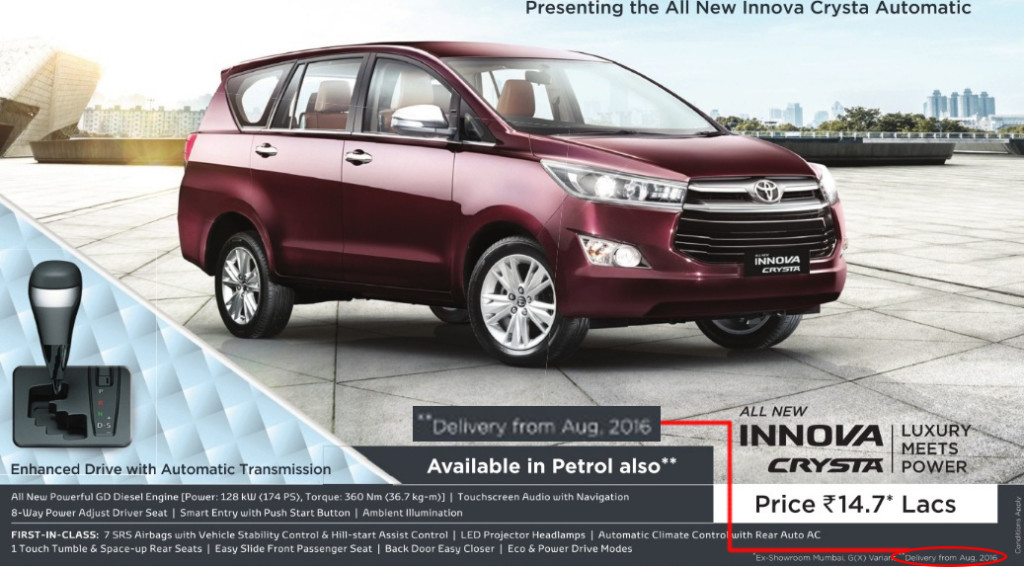 A senior official from Toyota Kirloskar Motors (TKM) had earlier said that they plan to launch the Innova Crysta with a petrol mill by Diwali this year. Now, according to sources in the know, TKM will launch the petrol variant of the Innova Crysta on the 1st of August. The source further added that the variant-wise features will be the same as seen on the diesel powered models.

The 2.7 litre four cylinder dual VVT-i petrol engine is said to produce a maximum output of 164 hp while the peak torque will be rated at 245 Nm. This motor will come mated to a manual transmission as standard while an automatic transmission will also be available as an optional feature. Production for the engine, according to an earlier report, will begin on the 18th of July.

Prices for the model remain unknown as of now but you won’t have to wait for quite long. Stay tuned to Motoroids as we bring you the complete details of the petrol powered Toyota Innova Crysta from the launch that is said to take place on the 1st of August.