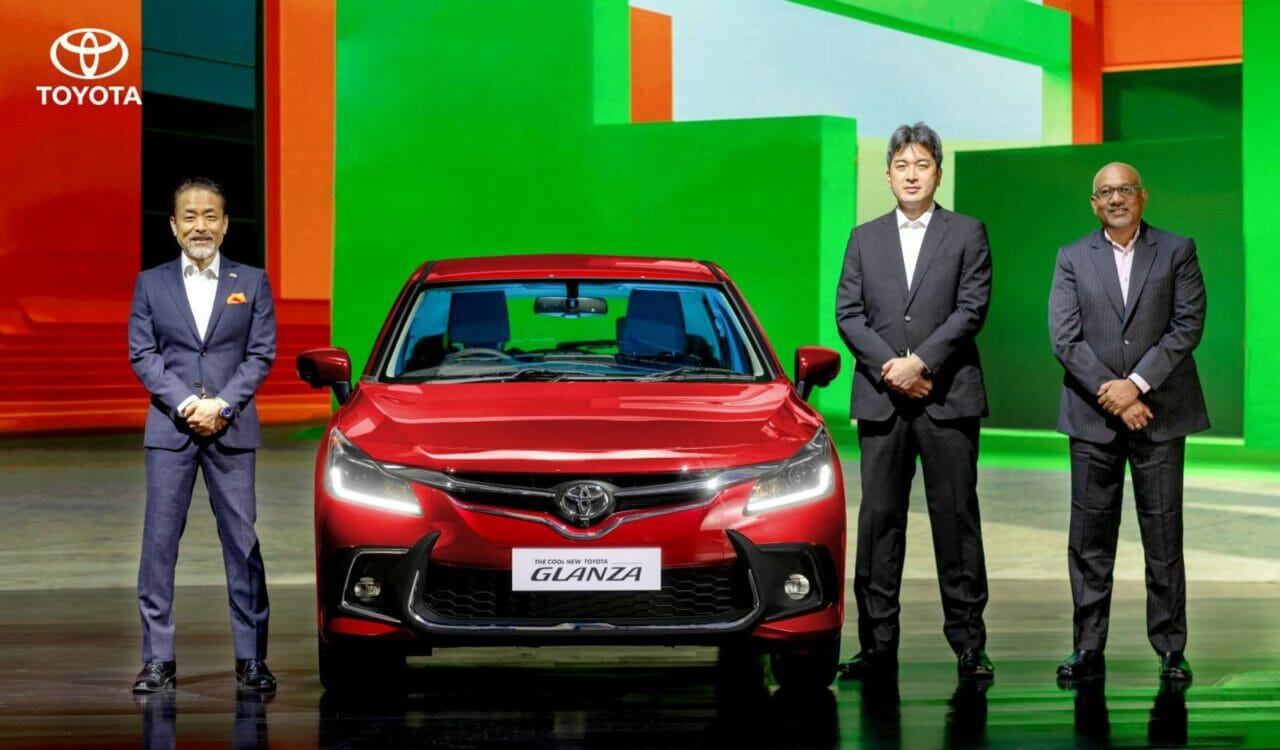 Toyota has finally launched the much-awaited Glanza hatchback at ₹6.39 lakhs. Unlike before, Toyota has put quite a few efforts to differentiate it from the new Maruti Baleno that it is based on. The Glanza comes with a sole petrol engine that can be mated to a manual transmission or an AMT. Customers also get 4 variants to choose from as opposed to the 2 variants offered in the previous. Let’s take a look at the pricing and everything else that you need to know about it: 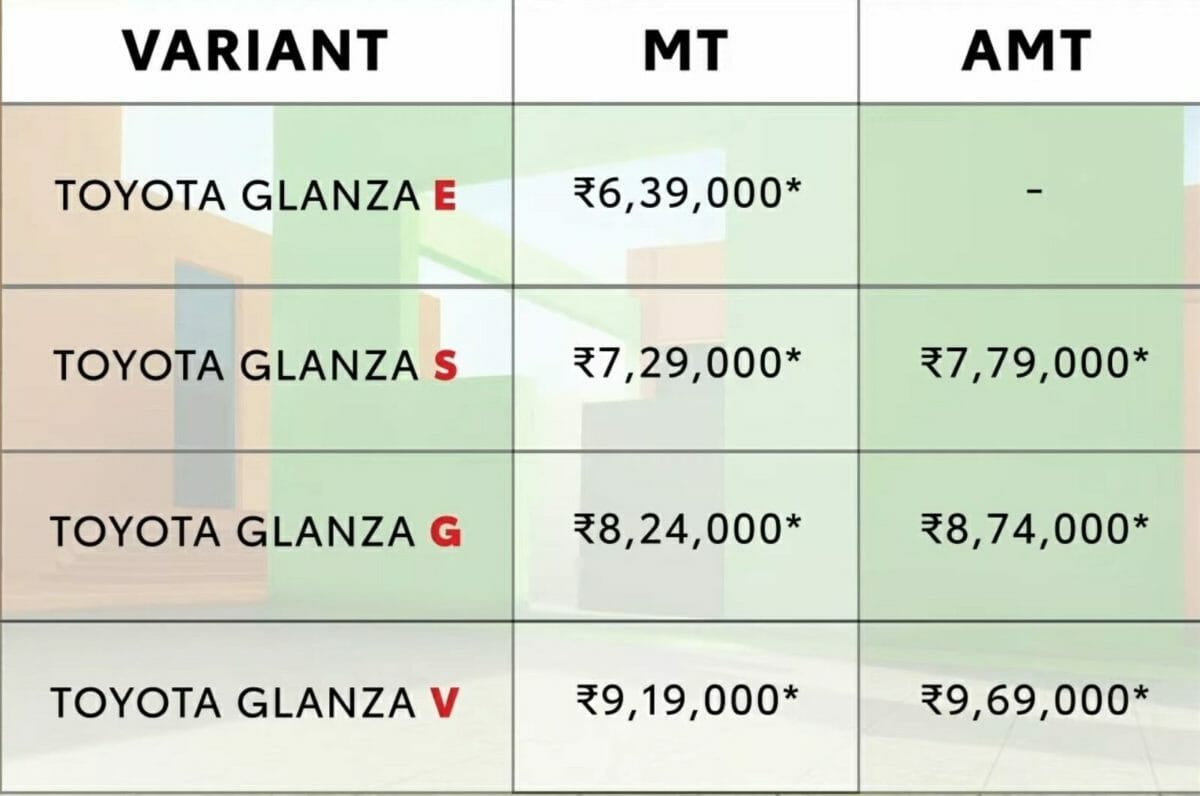 The front fascia of the Glanza sees major changes over the Baleno. The headlights are LED projector units with LED DRLs which are seen in the lower variants of the Baleno. The grille is reminiscent of other Toyotas which is a single slat chrome grille that houses the Toyota badge in the middle. One can also notice the camera neatly tucked below the badge. 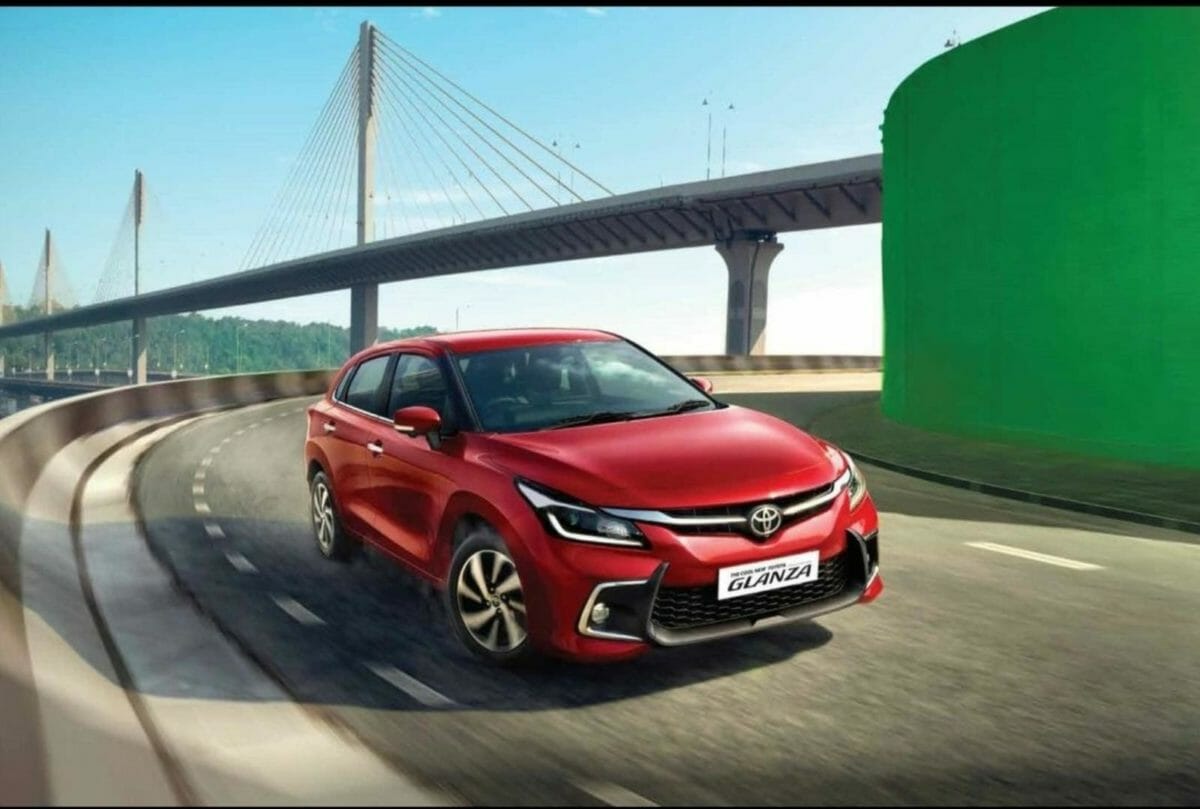 The bumper is completely different from the Baleno as well. The lower half is in black and it gets a sizeable grille. Both the sides get housing for the LED fog lights which are surrounded by a chrome element in the form of a C or inverted C. The side doesn’t feature any radical changes and the only thing that is new are the 16-inch alloy wheels. The rear is also unchanged and you get the same LED tail lamps and chrome strip on the boot lid that houses the reverse camera. 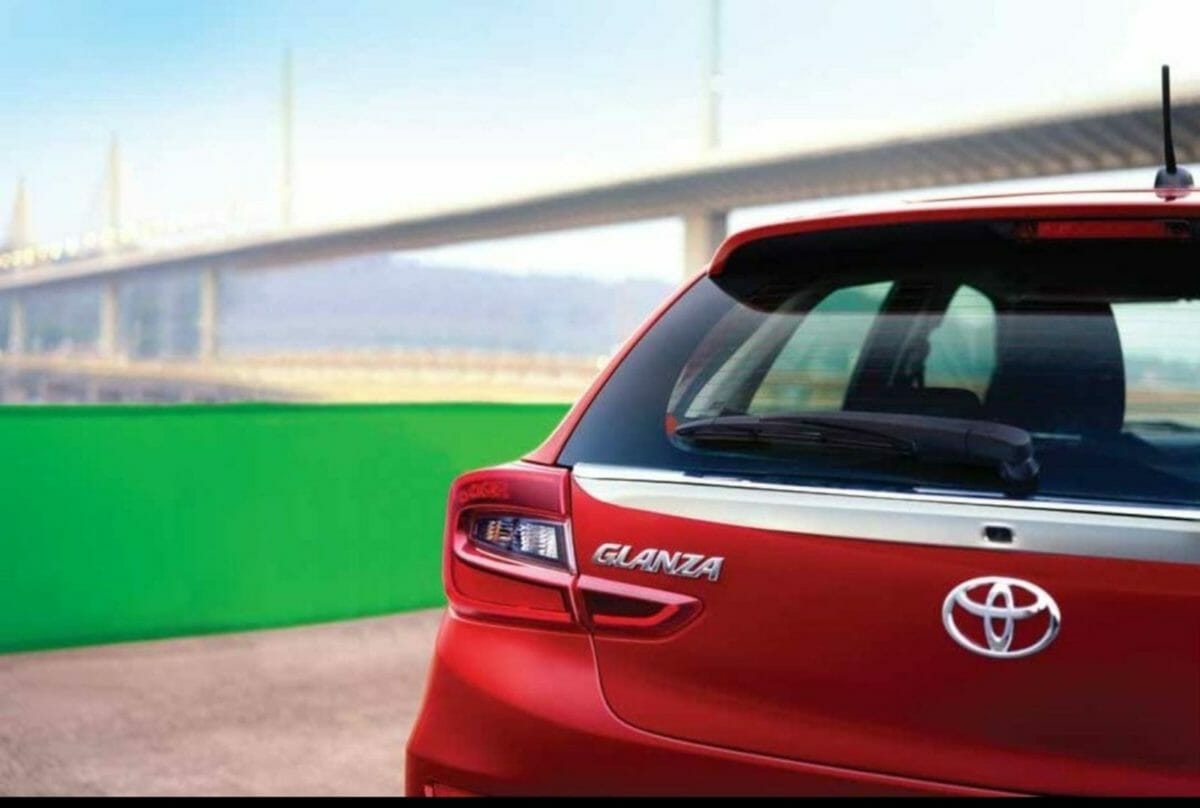 The interiors see a different theme when compared to the Baleno. Instead of a black and blue theme, the Glanza gets a dual-tone Beige and Black theme. The silver element seen on the Baleno’s dashboard is now finished in Piano black. In terms of features, the Glanza comes with everything that we saw on the Baleno including the 9-inch touchscreen infotainment system with 6-speakers. 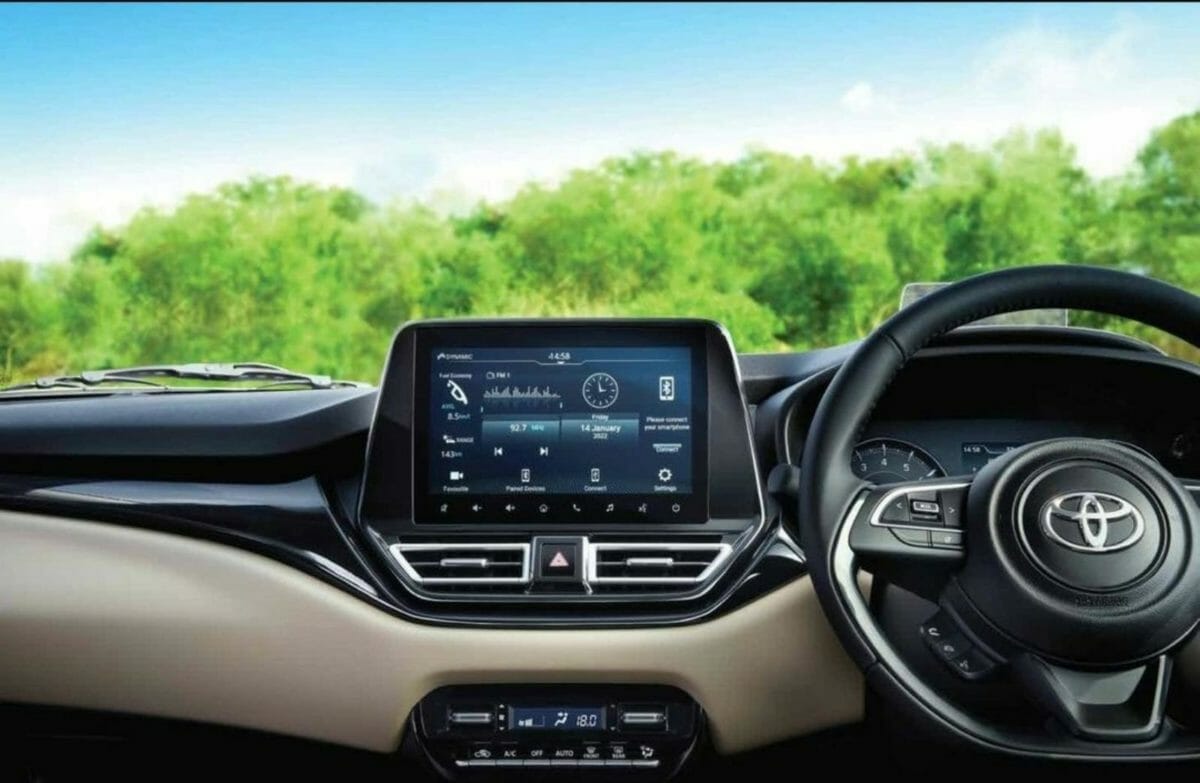 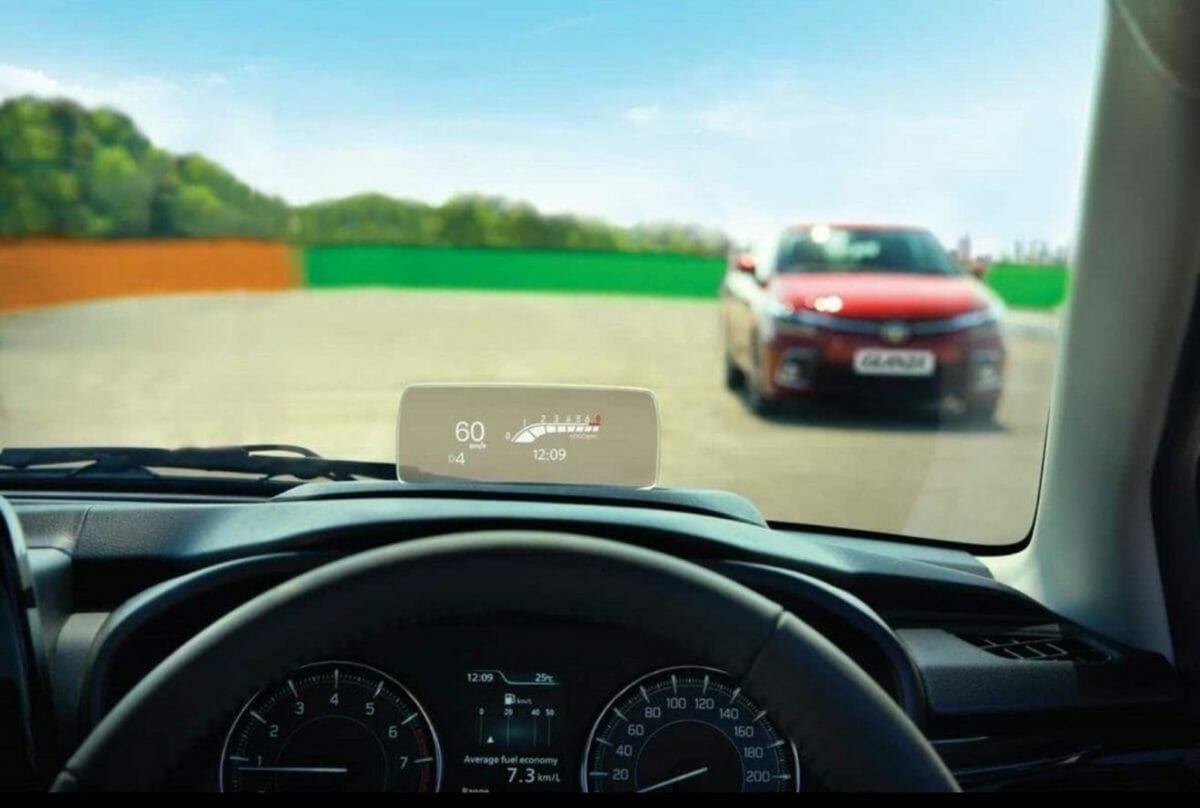 In terms of powertrain, the new Glanza comes with a 1.2-liter naturally aspirated petrol engine that features an integrated starter generator which adds the auto engine start/stop functionality to save more fuel. It produces 89hp and 113nm of torque. Transmission options include a 5-speed manual and an AMT. The Glanza is claimed to deliver 22+ km/l in both avatars. The Glanza comes with a standard warranty of 3 years/100,000 kilometers and an option of an extended warranty of up to 5 years/220, 000 kilometers. 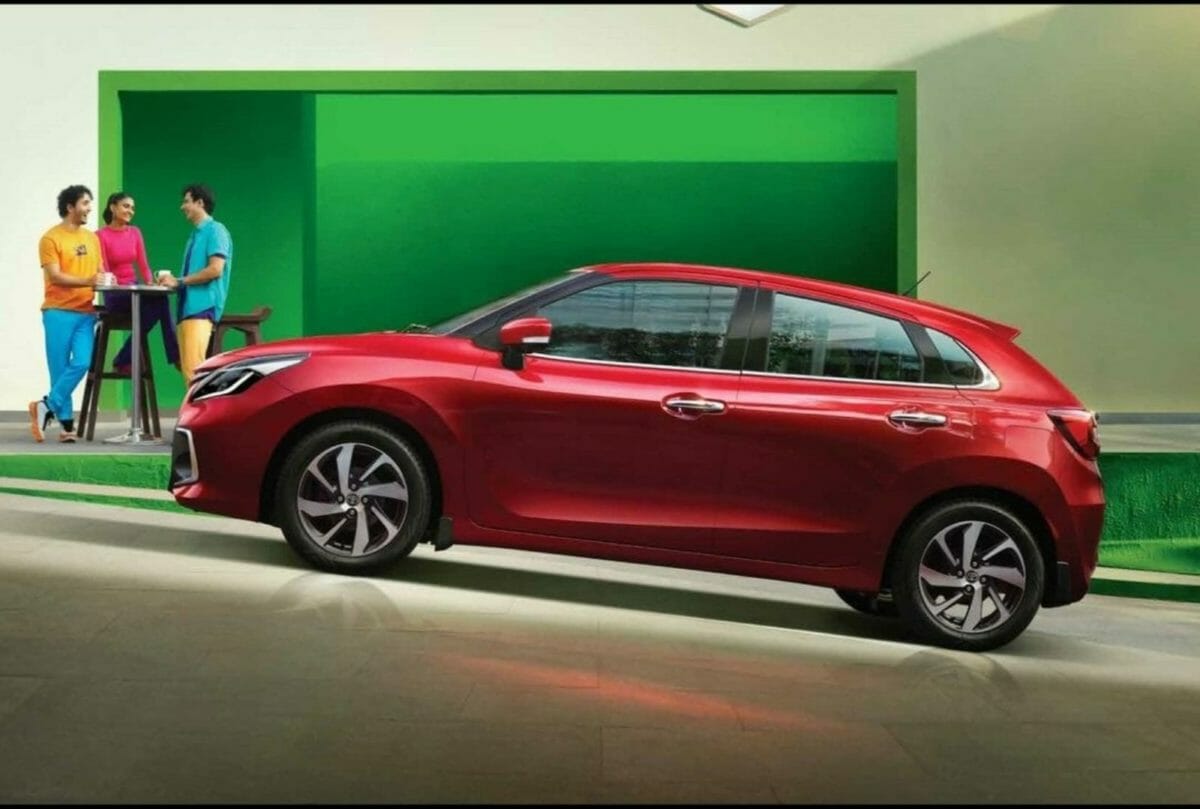 The new Glanza is available in four variants, namely, E, S, G, and V. Customers can opt for the AMT from the S variant onwards whereas the manual transmission is standard across all variants. It comes in six colors which are Sporting Red, Gaming Grey, Enticing Silver, Insta Blue and Café White