One of the wacky ideas that once crossed our minds in the office was, what if motorcycles could wrap themselves in a large airbag during an unfortunate event, engulfing the rider and the bike in a big protective balloon. Well, someone was probably reading our minds. Part of the Toyota conglomerate, Toyoda Gosei has revealed one such brilliant future idea at the 2015 Tokyo Motor Show. 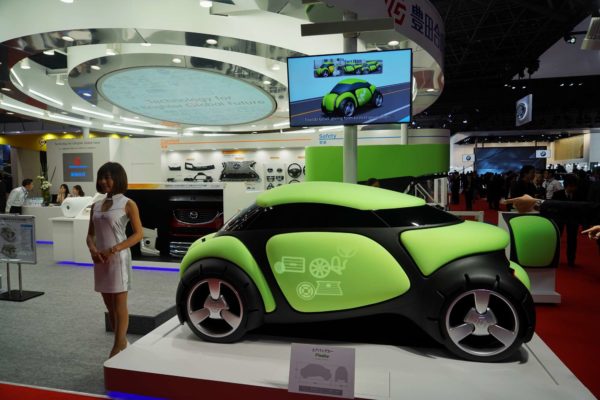 Called the Flesby, the bulbous looking thing has been padded with external airbags, which inflate in the event of a collision. Designed to protect occupants, pedestrians, cyclists and other urban beings, they even demonstrated an adamant Segway rider bouncing off the car’s door during a staged impact. Toyoda Gosei expects this ultra compact, urban transportation tool to hit the roads by 2030. 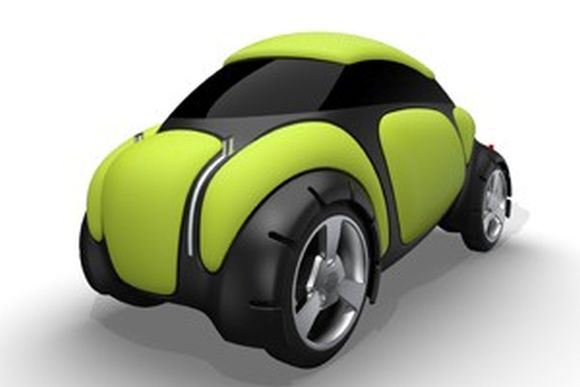 Toyoda has also presented innovative safety technologies and security features at the auto show. One of them being, signal cockpit Link, an LED based system that gathers data from the lighting and view from outside the car to create an internal panorama. A group of different sensors then focus on the driver’s posture and micro-gestures, reading his mood and focused state. Depending on whether the driver is sleepy, angry or impatient, the system modifies the atmosphere of the cockpit, its music and lighting levels.