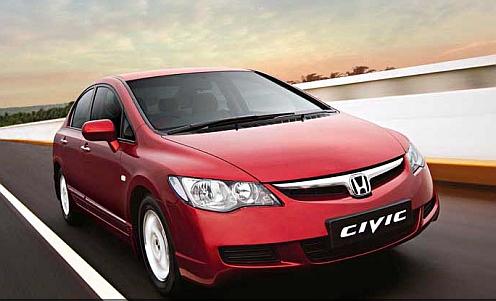 Car fanatics will remember the excitement that the Honda Civic stirred when it was first launched in the Indian car market. With futuristic styling, spaceage interiors, a NA 1.8 litre motor that pumps out upwards of 130 PS to play with and the renowned Civic lineage, the Civic fuelled the dreams of every boy racer in the country. Honda had a dream run of sorts in the initial few years of launching the Civic as the car managed to snatch a huge chunk of sales from the then highly popular Toyota Corolla and quickly made a good reputation for itself.  In spite of a high price tag, Honda was seen laughing all the way to the bank due to the sales of its Civic. Unfortunately, the good times started evaporating with the rising petrol prices. Honda failed to gain from the increasing popularity of diesel cars owing to the lack of an oil burner to plonk in to the Civic. Another factor here was the Yen growing stronger and Honda Siel having to increase the prices of its already expensive D segmenter. In recent times, the condition became so bad that Honda managed to sell only 138 units of the Civic last month. The Japanese biggie sold less than 50 units a month in April-June period.

Now, it has emerged that like every good thing, production of Civic too has come to an end. Honda Siel has stopped importing Completely Knocked Down (CKD) kits of the Civic and it is only a matter of time before the car maker makes an official announcement of the withdrawl.

We reported when Honda made it very clear that it won’t be bringing the latest edition of the Civic to India and it also came to light that the diesel engined version of the car is still sometime away from greeting our market. The news of Honda deciding to pull the plug on the Civic will disappoint many petrolheads out there. However, the lining in the cloud is that there still are a lot of units of Honda Civic lying at dealer stockyards. Also, Honda Siel will role out a few more cars from whatever number of CKD kits are lying with it. You may want to grab one of these at a huge discount if a tuner-friendly petrol engined Japanese car is what you have always wanted.