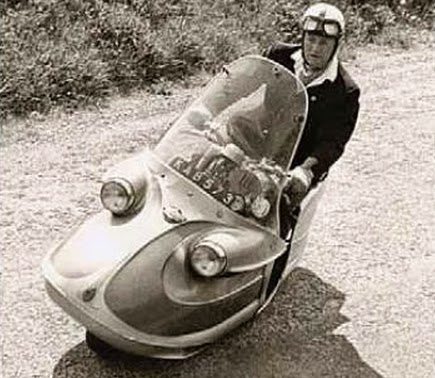 It might look like a flying car experiment- but this futuristic creation of the 50s was actually aimed at efficiency. Hidden under the Dreamliner fairing was a 350cc Royal Enfield- and with lack of adequate tech to work upon the engine, it was rather decided to enclose the bike completely at the front and rear to cut down on wind drag. 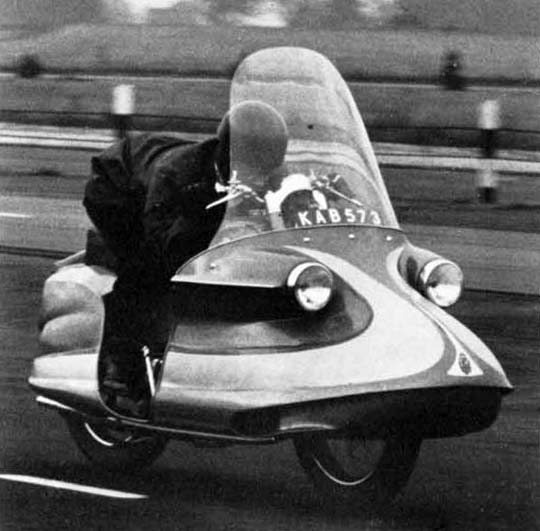 Today the project might seem as an overly optimistic venture by Royal Enfield, but the experiment did work in their favour to some extent. Tests conducted post fabrication indicated that the Royal Enfield Dreamliner improved on fuel consumption by as much as 35% at varying speeds with the top speed showing an increase of 11% despite the fairing’s added weight of 20 kgs. 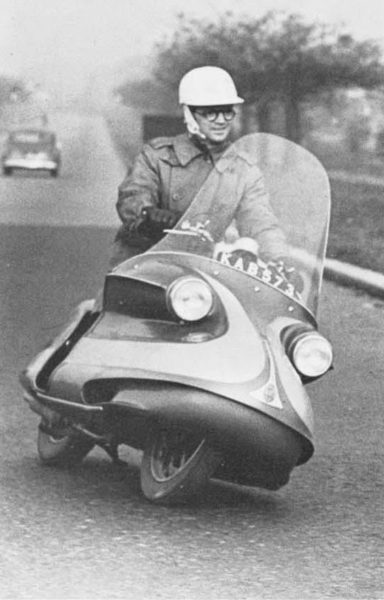 In modern terms- the Dreamliner fairing could be well called as a “snap on” unit as it could be fixed and detached in a matter of 60 seconds. Also apart from efficiency- the Dreamliner provided decent weather protection. Royal Enfield even planned a public sale of the motorcycle, unfortunately even with all its frugality, the frog face look didn’t click with the masses where unlike the current times, the riders and racers of that era preferred naked motorcycles. The Café Racer models were a huge hit then, drawing curtains on the Royal Enfield Dreamliner….forever. 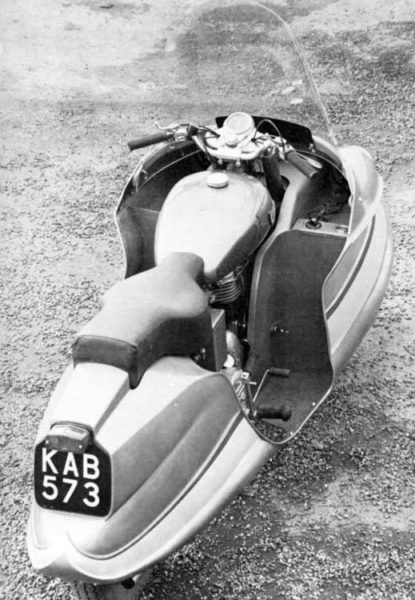 It would indeed take some luck to spot this unique piece, probably at a museum or hidden deep inside the garage of a collector. And though Royal Enfields even today never symbolize speed or tearaway performance, the Royal Enfield Dreamliner could well be regarded as a symbol of excellence the company can pat its own back for.