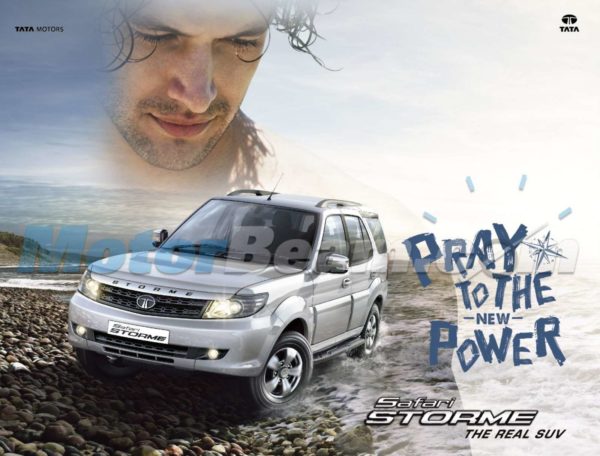 Tata Motors is gearing up to launch the Safari Storme facelift next month with a purported, starting price tag of INR 9.9 lakh* (ex-showroom Delhi), after the GenX Nano goes on sale. But before that, a report on Motorbeam has unearthed the brochure and corporate presentation which details all the changes on the face-lifted Storme. 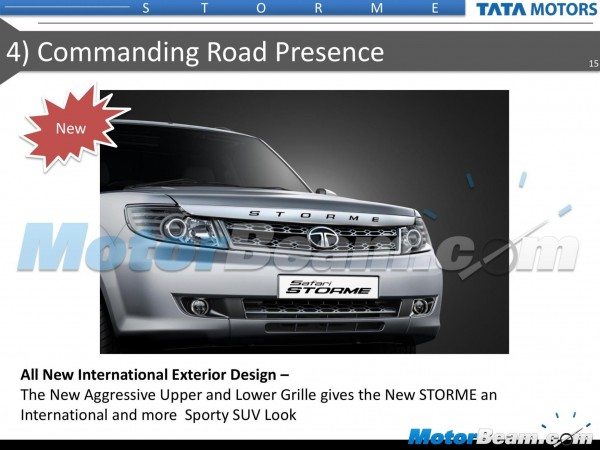 Externally, just elements in the grille and air-dam have been redone, with obvious references to Land Rover, hence the “International” flavor. The rest of the exteriors continue unchanged. 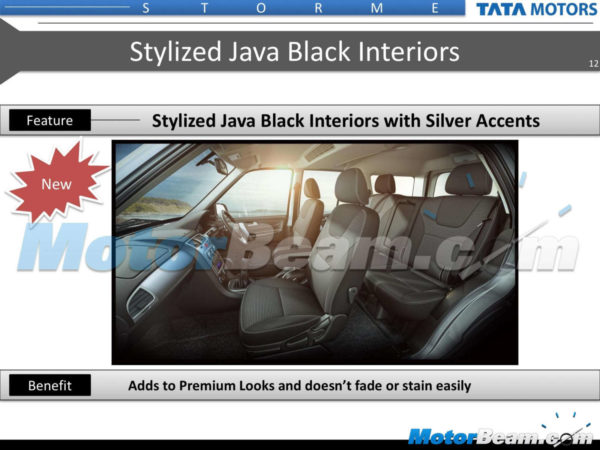 The interiors are now done up in Java Black with silver accents, similar to the Bolt’s cabin. The center console has been subtly updated with the integration of a new HARMAN, 6-speaker infotainment system, which glaringly omits a touchscreen feature. The new 3-spoke, multi-function steering wheel is another new addition, and is borrowed from the Zest/Bolt. 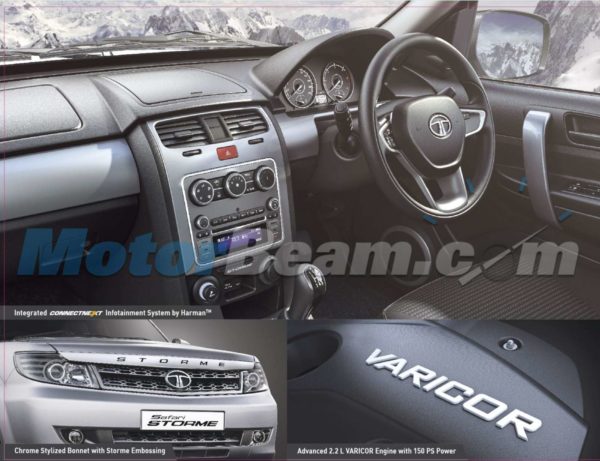 The new, 2.2 liter VARICOR diesel engine produces 150 PS of power, 10 more than the outgoing unit, while torque remains the same at 320 Nm, all of which now can be accessed from a lowly 1700 rpm, till about 2700. Tata says this results in greater pulling power on inclines and better low speed drivability (below). Another change in the drive-train is the new self adjusting clutch with a 260 mm diameter fly wheel, which is said to have improved durability 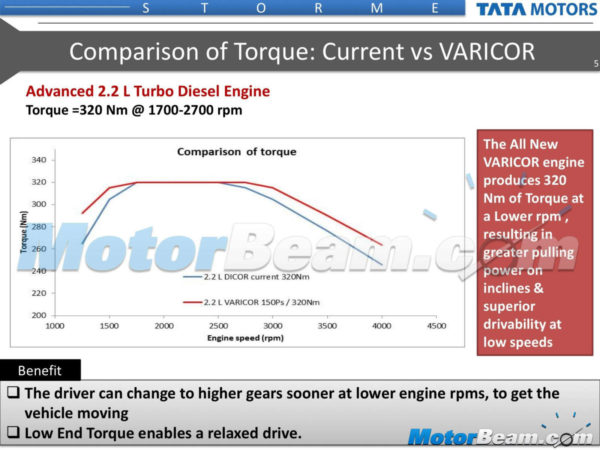 We might add that there is no multi-information display, automatic transmission, climate control, touch-screen infotainment system while all of the above is offered on the cheaper Bolt and Zest. Dealers have started receiving the face-lifted models, and Tata Motors wants to leave no stone un-turned in aggressively promoting the new Storme, so much so, that the company will run a 3-week print campaign in leading newspapers, and has also planned a 1800 spot radio campaign all May  long to cash the ongoing IPL fanaticism. We wish them the best of luck for what’s turning out to be old wine in a somewhat new bottle.

Tata Motors wants to tap into existing Safari customers and will launch the ‘Safari Upgrade Program’, targeting the 1.21 lakh Safari owners. A detailed list of changes can be viewed in the self-explanatory slides from the corporate presentation that has been leaked – head to the gallery below: