Like the current generation Ford Endeavour is derived from the brand’s Ranger pick-up, the Toyota Fortuner also owes its roots to the Hilux pick-up. An all-new Hilux is due soon, and a pre-production model’s spy pic (below) gives us a fair amount of idea about the next generation India-bound Toyota Fortuner’s fascia. 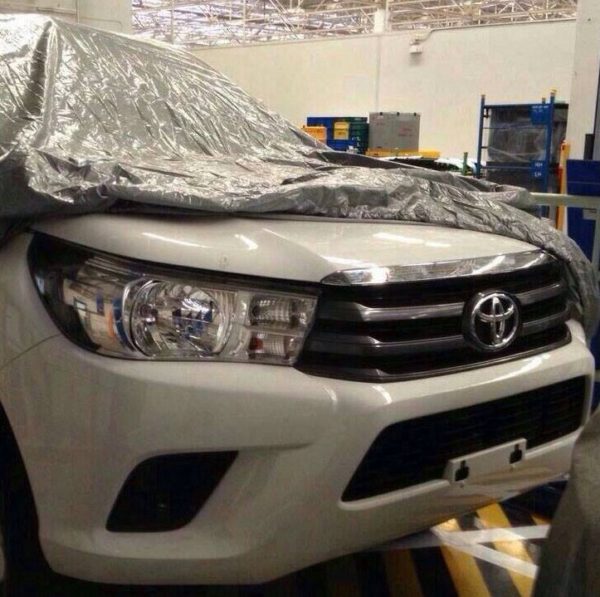 For the Fortuner, those ho-hum head lamps are expected to be jeweled up with projector illumination, but the smart, dual slat grille will presumably stay.

The next generation models of the Innova, Fortuner and Hilux will be partly based on the newly developed Toyota New Global Architecture (TNGA), analogous to Volkswagen’s highly flexible MQB architecture. Apropos to being a proper, old-school SUV, Toyota will also continue with a new ladder frame chassis which would be lighter and stiffer than the outgoing version and should make for better off-road prowess.

The 2016 Toyota Fortuner model will receive new interiors and the usual 5-speed manual and automatic transmissions with two-wheel and four-wheel drive options. New engines might be in the offing too. In India, the current Fortuner is available with either 3.0-liter (171 hp/343 Nm) or 2.5-liter (144 hp/343 Nm) D-4D diesel engines.

Toyota is expected to launch the new Fortuner in select South East Asian markets this year, while an Indian unveiling is expected only next year (2016).