The all-new Royal Enfield twins have been busy visiting quite a few custom houses, who’ve been working their magic around the new 650cc motor. This latest example called Vayu (Wind) is the handiwork of K-Street customs. Changes aren’t very exhaustive, but the minimalism is charming, just like the force of nature it borrows its name from. Based on the Royal Enfield Continental GT 650, the bike is also being showcased at the ongoing Bangkok International Motor Show. 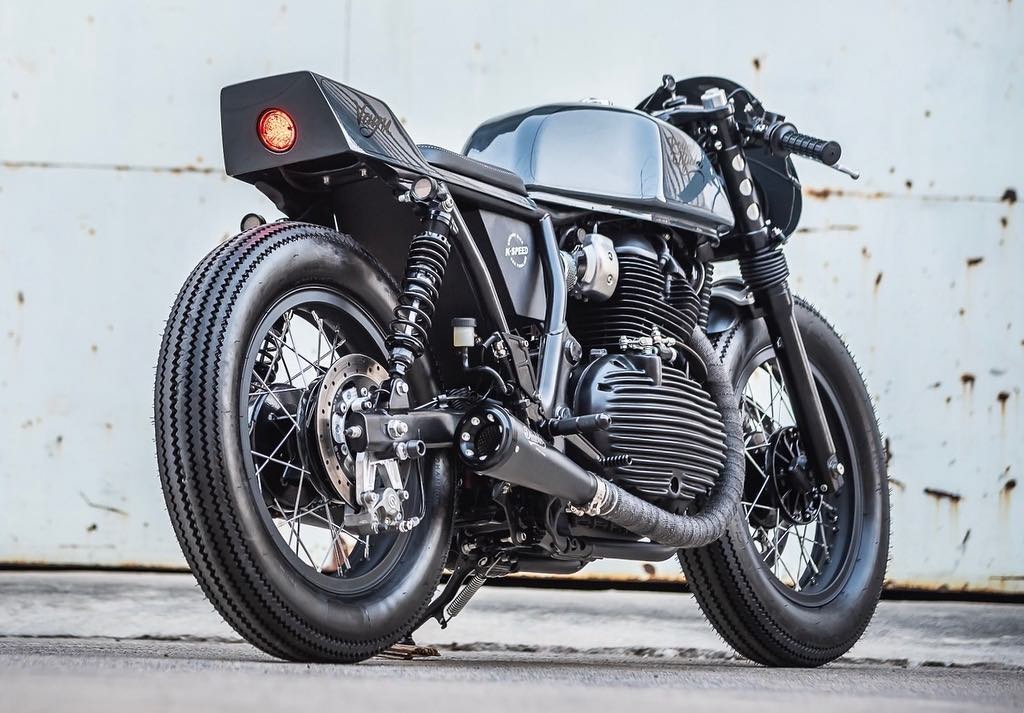 Starting from the front, a new tiny headlight is featured in a smooth and curving panel that sits above forks with very little travel. Stopping power comes from Brembo-sourced calipers, instead of the Bybre units which do duty on the standard bike and upsized vintage rubber adds more substance to the appearance of this bike. The bars have been lowered, the engine has been blacked-out, and the Diablo pipes do add some heavy vocals to the mild-looking grey-navy blue sort of glossy paint finish. 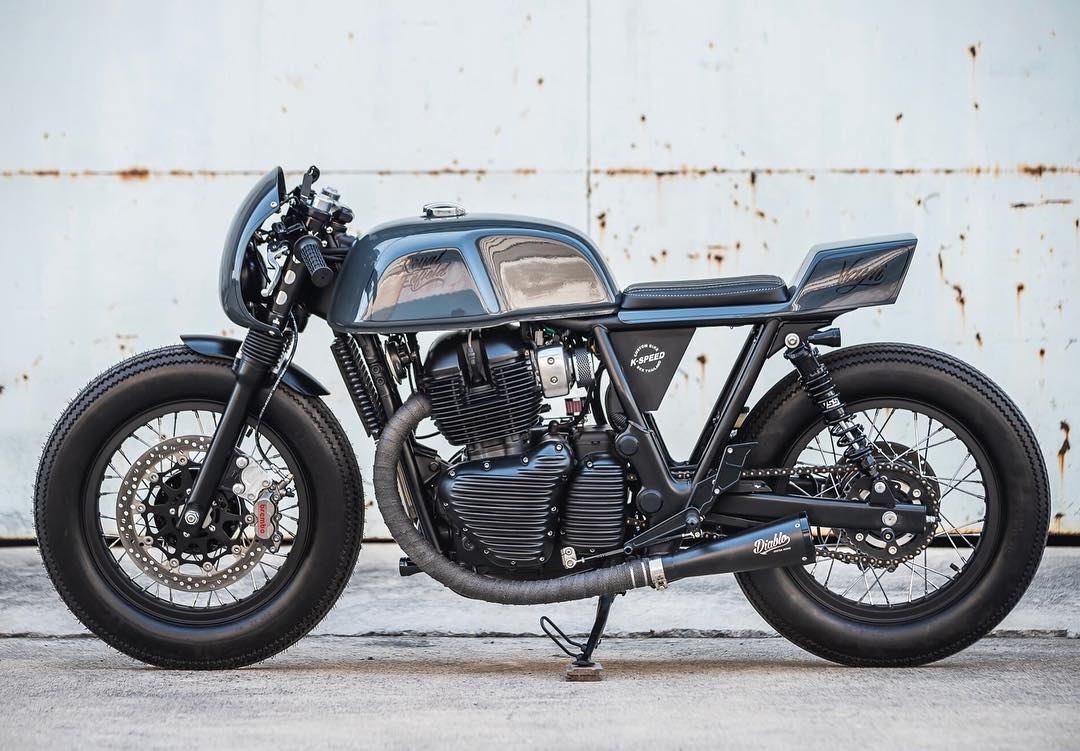 Side panels have been deleted for Vayu to pass through and also make the filter breathe more freely, while at the back, the gas-charged factory-fitted springs have been replaced with aftermarket attachments. The squarish body panel at the back incorporates a round-shaped taillight, which maintains the cleanliness in the design. However, we think square could’ve been replaced with curves. Vintage-style, flat-track rubber at the back completes the overall picture.

In other news, Royal Enfield has been working on their new generation of single-cylinder motorcycles which will replace the existing crop of 500cc and 350 cc bikes. These motorcycles will boast of better quality, engineering and will overhaul the model range which includes the likes of the Classic, the Thunderbird and the Bullet. Post that, the new 650cc motor will be fitted on to completely new motorcycles and there are rumours about an even bigger motor that is said to be under development. 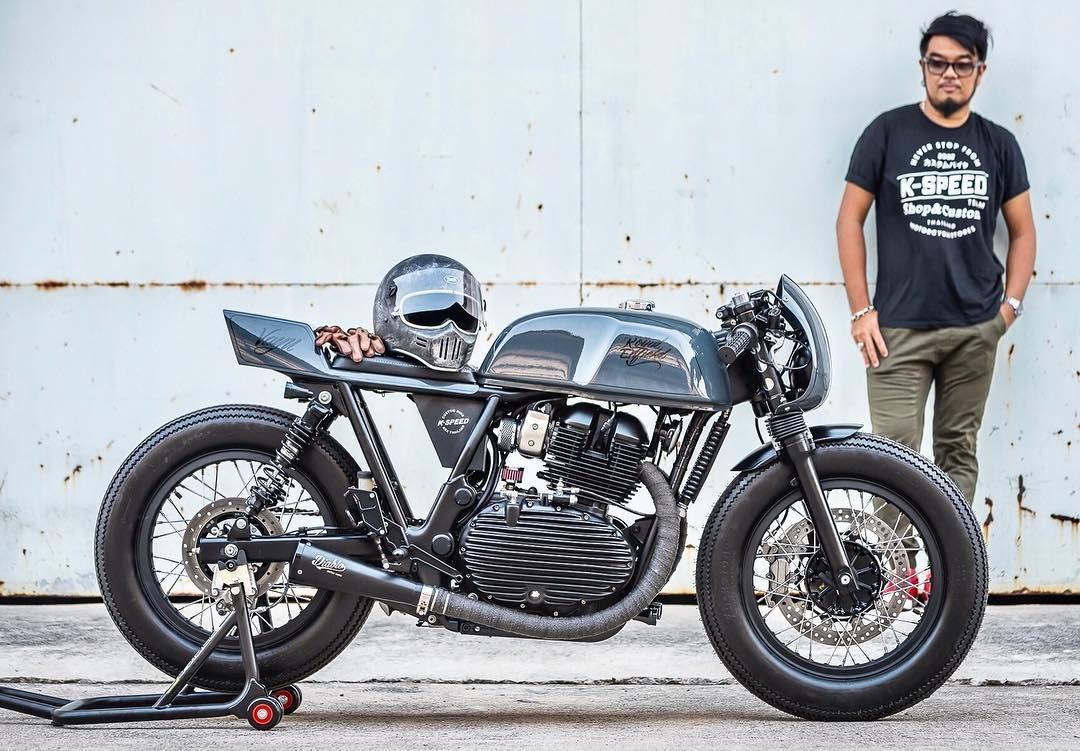 Starting June 2019, the bike maker will also operate an assembly facility in Thailand, to meet the demand for RE bikes in the South-east Asian markets. The transformation of existing models and development of new examples will most definitely help their cause of achieving global leadership in the mid-capacity motorcycling space. Stay tuned for more.