Home News This All-New Harrier Is Not From Tata Motors

The name Harrier is common between three machines now – a jump jet and two SUVs. Most reading this would know that the Toyota Harrier SUV existed long before the Tata Harrier took shape. The former has been on sale in international markets for a long time and was also imported into India by some private buyers. A mid-size SUV, its new-gen model is on the cards and a leaked video has revealed quite a few design details of this brand new Toyota.

The leaked video starts from the rear, where the 2021 Toyota Harrier seems to be fitted with an Audi-like (now pretty common) LED strip which covers the width of the tailgate. Interestingly, the front does remind us of the Tata Harrier, what with that smiling curve underlining the front grille and LED headlights. Like Tata Motors’ Harrier, the new Toyota banks on curves more than butch elements and it’s evident in the coupe-like sloping roofline at the back and panels all around which curve before they drop. The window-line becomes pointy towards the rear, adding some sportscar-like character to the appearance. For an SUV, that front section appears to be unusually long though, at least in pictures.

Expected to debut in Japan by the end of this year, the 2021 Toyota Harrier will most likely be powered by a 2.0-litre petrol engine and a hybrid option which will make use of a 2.5-litre petrol motor. Chances of this SUV making it to India are extremely bleak though, given the fact that we like our SUVs to look intimidating and rugged rather than svelte and streamlined. 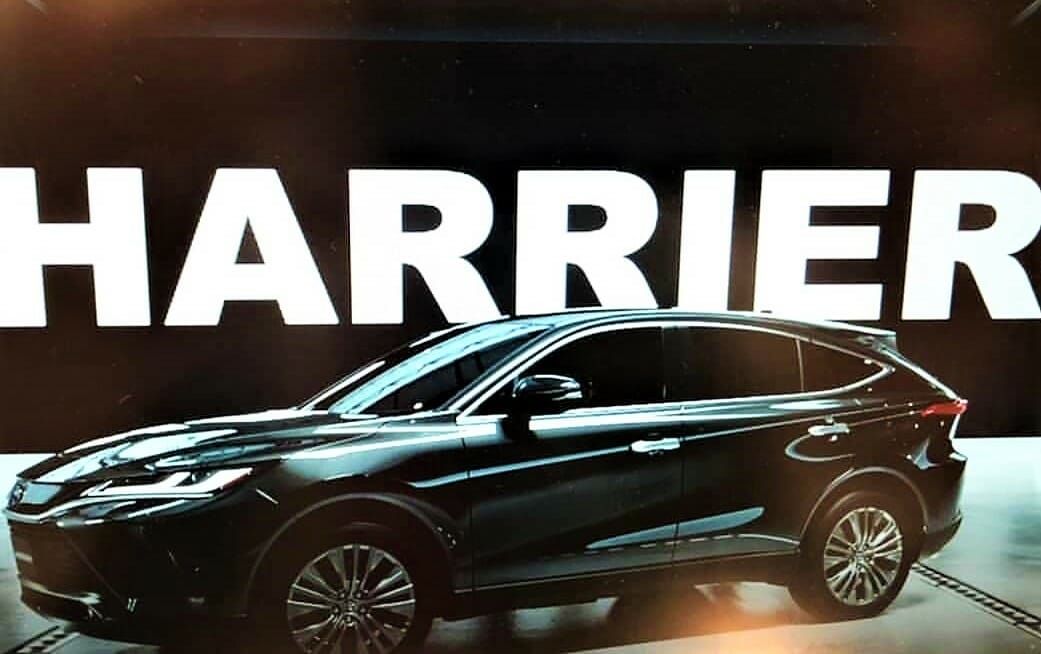 Talking about the other Harrier, the one built by Tata Motors, it is now available with a BS6 engine and two new colours. The 170 PS motor also now offers the luxury of an automatic gearbox and there’s a powered seat and a panoramic sunroof offered with the top-spec trim. A 7-seater variant – the Gravitas was to be introduced by this time, however, the current situation will have to improve for any such event to take place. We’ll keep you posted once it arrives though. Stay tuned and stay safe!