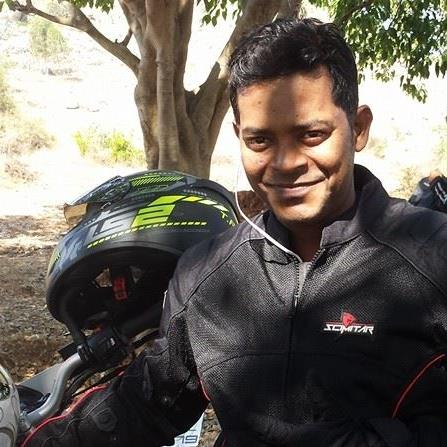 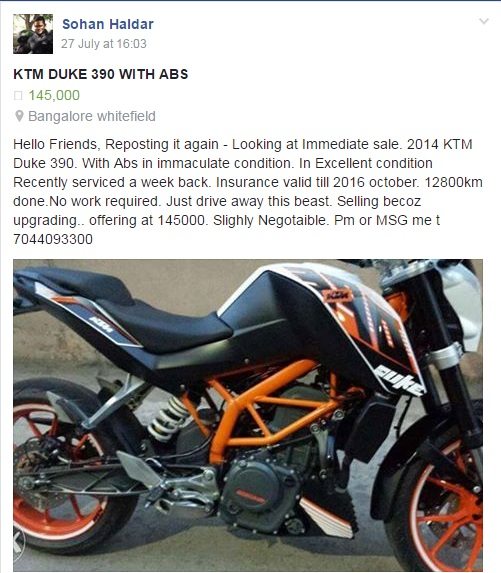 An advertisement on Facebook ended on a horrifying incident after the seller was poisoned and killed by a thief who posed as a potential buyer. The advertisement was posted on Facebook page Second to None by 35-year-old Bangalore techie Sohan Haldar who wanted to sell his KTM 390 Duke and upgrade to a bigger motorcycle. Haldar was murdered by 30-year-old engineering graduate Karthik Doulath.

The duo first met at Haldar’s apartment on August 1 to discuss the deal. Doulath again met Haldar on August 3rd to finalise the deal. The two had a few drinks when Doulath mixed Haldar’s drink with Silver Potassium content or cyanide. To make sure that Haldar does not survive the poison, Doulath choked him using a cloth. 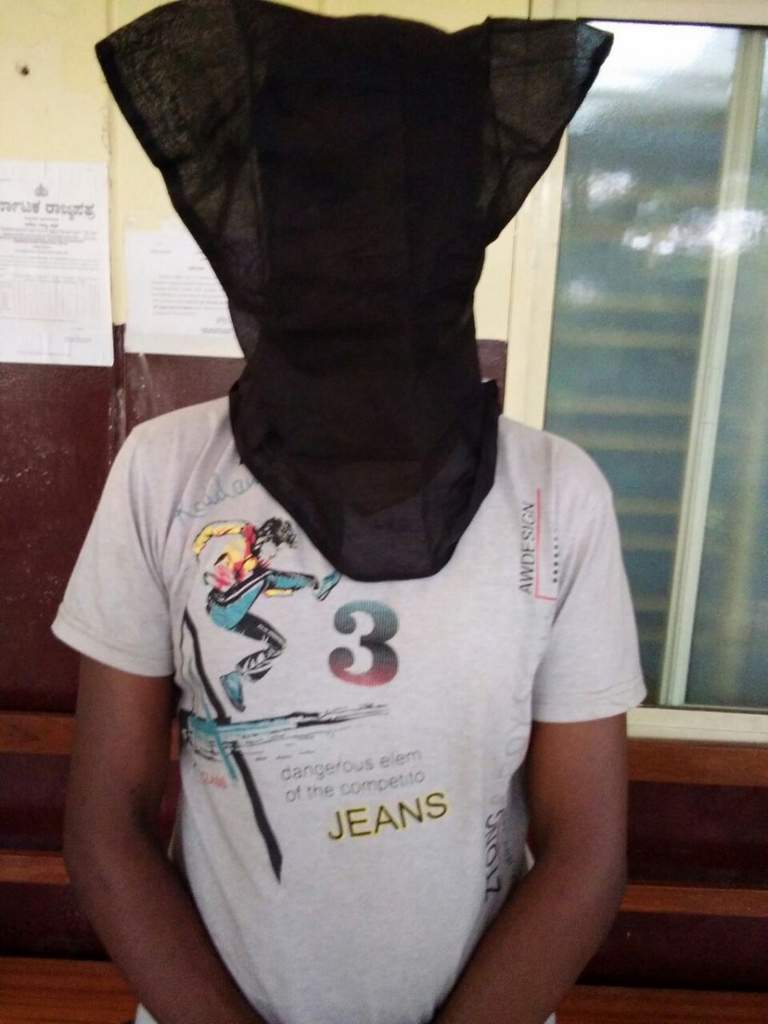 After killing Haldar, Doulath fled with his KTM 390 Duke, mobile phone, cash and ATM cards. Doulath also used Haldar’s ATM cards to withdraw INR 27,000. He found the ATM pin which was written on the cover of the card. Doulath was identified and traced on Wednesday with the help of CCTV footage from Haldar’s building and call records.

Doulath who is an engineering graduate is currently unemployed. He is a repeat offender who earlier arrested for trying to rob a private MNC bank and a jewellery shop. He even tried to sedated his friend’s parents to steal a laptop.

What do you think of this incident? Share your views with us through the comments section below.