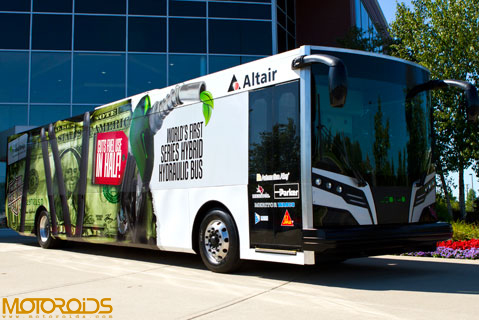 BUSolutions has been a collaborative effort between public(Government of America) and private entities to research, develop and commercialize advanced transit bus systems that are significantly more fuel efficient, have lower operating and maintenance costs, are competitively priced and can operate without updating the infrastructure of existing transit authorities.

“We are thrilled to have partnered in the BUSolutions program that is putting Michigan at the forefront of solving emerging public transit technology issues through innovation and collaboration,” said Ken Rogers, executive director at Automation Alley. “Goals were set when this program started to produce a transit bus that was more fuel efficient, more affordable and more cost effective to operate for city transit authorities, and this project has both met and exceeded those goals.”