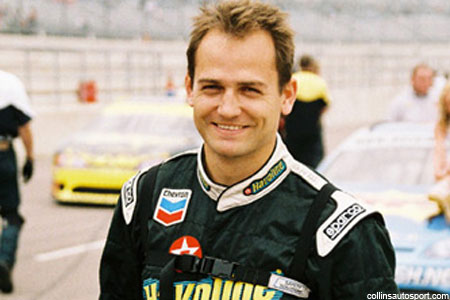 Last week we reported the legal row between The Stig and the BBC Officials over the former’s ambitions to write an autobiography, which would reveal his true identity. But even before the whole situation escalated to a court room, the mystery driver’s identity has been unmasked, after the financial details of a company called Collins Autosport somehow got into the hands of the British media.
According to the statements, the name of The Stig is Ben Collins, a 35 year old soap box derby champion from Bristol and also shows that a contract was signed in 2003 to provide ‘driving services for the BBC, mainly in the Top Gear program.’ The name doesn’t come as such a big surprise as Collins was rumored to be the most associated person with the mystery test driver in white suit for over two years.
BBC officials on the other hand, says that the documents prove nothing. A BBC spokesperson said, “It’s no surprise that Ben Collin’s company accounts show that he was driving for Top Gear as he has appeared on the program as himself, for example, in the Mitsubishi Evo Challenge. Ben supplies his services as a driver himself and his company also supplies other drivers.”
“There is nothing to be read into in these company documents. We won’t be saying who of what The Stig is.”
Alright then, we would have to wait and see if The Stig’s autobiography takes shape to confirm his true identity. Until then, you or me can claim to be The Stig and  hopefully someone would believe it.
News
,
Comments
Leave a Reply Cancel reply