Make way for the most powerful Chinese production motorcycle ever built: the CFMoto CF1250J! The ‘J’ in its moniker suggests that it is currently not available for the masses and will only be used by the Chinese police force. It sports a 1,278.8 cc V-twin engine which establishes the fact that it is the most powerful Chinese motorcycle ever built! Its design sketches were leaked online last year and it stays true to the sketches, at least when it comes to the huge proportions of it. CFMoto hasn’t built it from ground up as it borrows the LC8 V-twin motor sourced from the KTM 1290 SuperDuke. The civilian-spec model will be revealed sometime later and will go by the name CF1250G.

CFMoto and KTM share a special relationship when it comes to the Chinese market as the former produces the latter’s motorcycles which helps KTM price their products aggressively in the Chinese market. Models such as 200 Duke and 390 Duke currently roll-out of CFMoto’s Chinese factory, while the KTM 790 Duke and 790 Adventure have been slated for future production.

CFMoto has slightly tweaked around the LC8 V-twin motor sourced from the KTM 1290 SuperDuke and it now makes 140 PS of maximum power at 8,500 rpm and 120 Nm of peak torque at 7,000 rpm. Such performance on tap is deemed necessary to pull a motorcycle of such huge proportions. 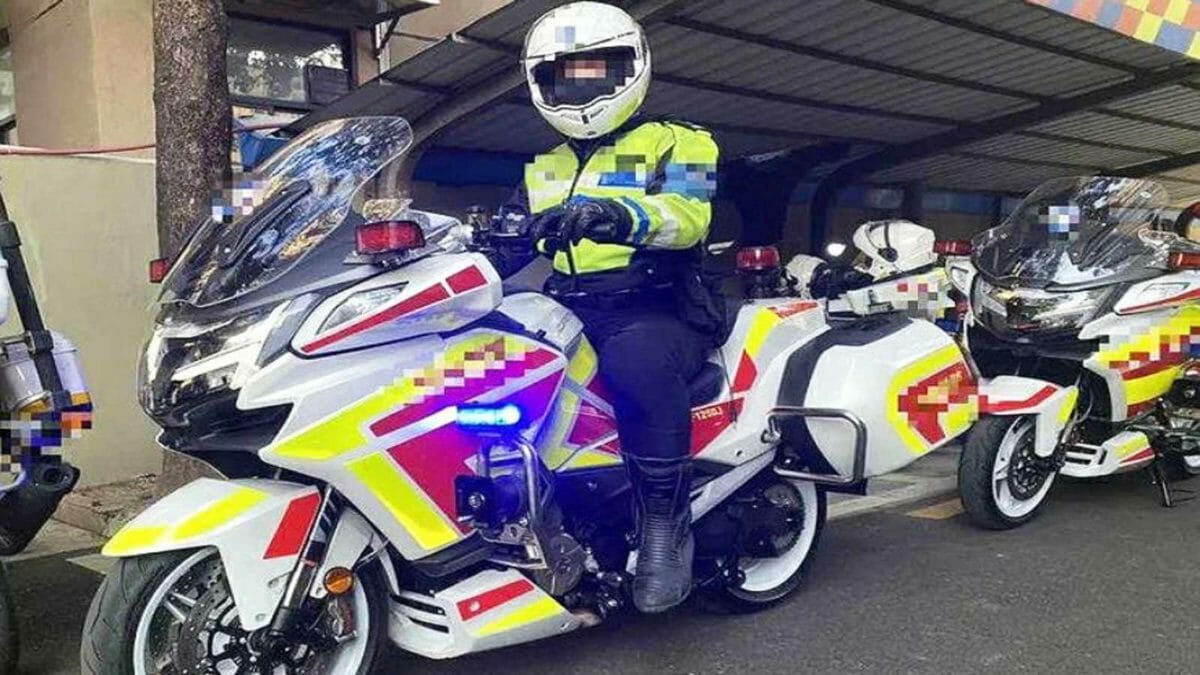 CFMoto has gone the ‘Grand-Tourer’ way with the CF1250J and one good look at the images will definitely remind you of the likes of BMW K1600GTL. It is a touring machine which is built to eat highway miles while keeping the rider cocooned in comfort. The front end is enormous and is highlighted by LED headlight and position lamps, while the side turn signals come integrated into the knuckle guards. The bodywork is rather bulky and it is going to be a bit of a hassle to move it around in tight spaces. We assume that it will be primarily used for escorting the elites rather than chasing the goons in the narrow lanes of China. It also gets an electronically adjustable windscreen up front, accentuating the ‘Grand-tourer’ feel even further! 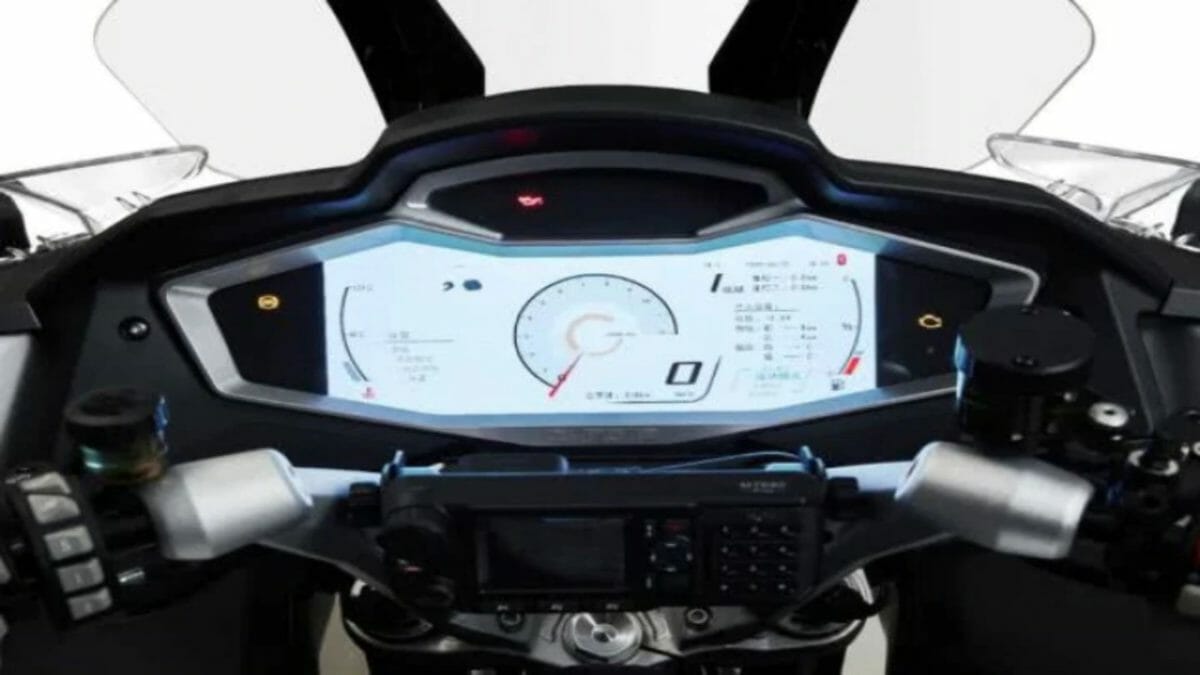 Another feature which manages to stand apart is the huge 12.3-inch colour TFT LCD instrument cluster which could even put some modern-day cars to shame. It even boasts of mobile phone integration for caller ID, navigation, and more. It also comes equipped with dual front disc brakes with an added safety net of ABS. Even when it comes to the looks of it, we are pretty sure that no criminal would want to mess around with this Chinese mothership.