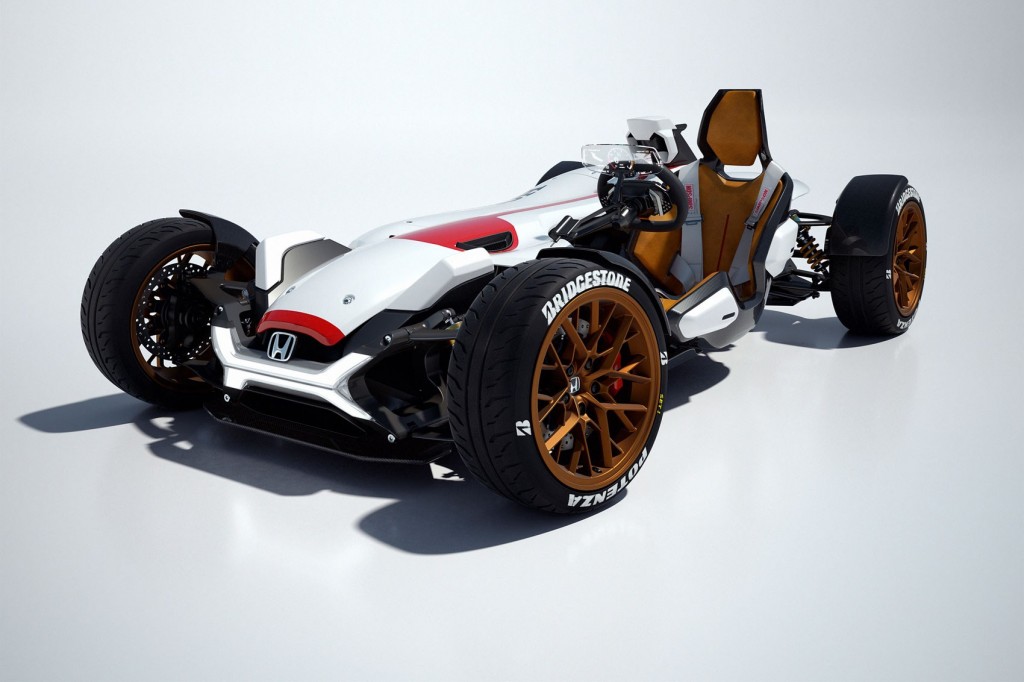 Ever wondered what’d be the ideal vehicle for those who’re torn between two and four wheels? Honda’s new experimental concept combines the brand’s learnings in both two- and four-wheel mobility and provides “the freedom of a motorcycle and the manoeuvrability of a car”. Called the ‘Honda Project 2&4 powered by RC213V’, it is the winning entry from Honda’s ‘Global Design Project’, and will make its global debut at the 66th Frankfurt Motor Show.

The Honda Project 2&4 is powered by the RC213V’s competition motorcycle engine. Developed for the MotoGP motorcycle racing series and specially tuned for the public road, the 999 cc V-4 four-stroke unit’s peak power output is over 215 PS at 13,000 rpm, while peak torque of over 118 Nm is delivered at 10,500 rpm. Transmission is provided by a six-speed DCT gearbox. 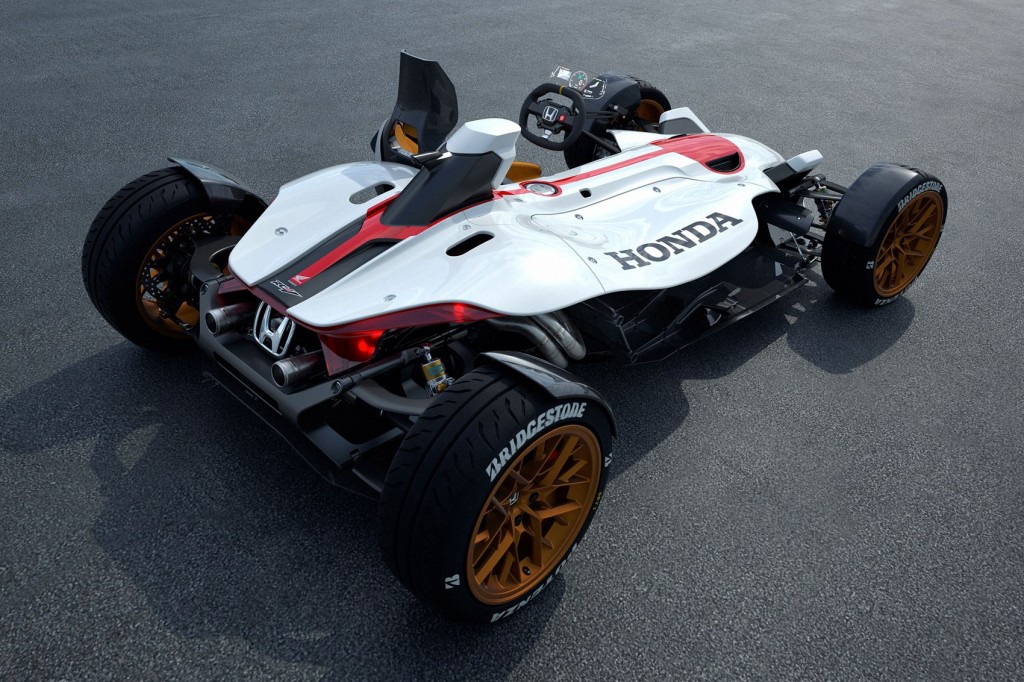 Though there’s no word on the official acceleration figures, a weight of just 405 kg, coupled with a mid-mounted, race derived engine that screams to a 14,000 rpm red line should account for some face warping spur, along with instant responsiveness round the corners due to the low centre of gravity. 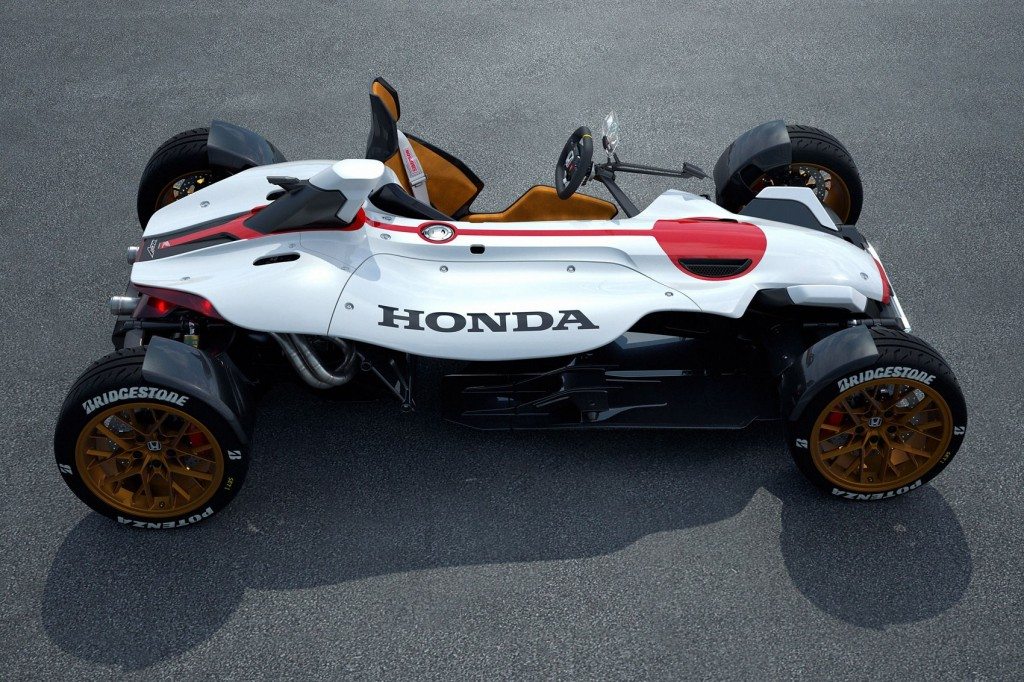 The Project 2&4’s body design and engine position has been inspired by the 1965 Grand Prix winning Honda RA272 Formula One racing car. The open cockpit features a single driver’s seat, uniquely suspended just above the road – Honda calls it the ‘floating seat’ design, evoking the freedom of a bike on four wheels. Overall vehicle length is 3,040 mm, width 1,820 mm and height 995 mm, while instrumentation is via means of projection onto a glass surface.