Home Fiat The Fiat 124 Spider is back, with a little help from the Japanese 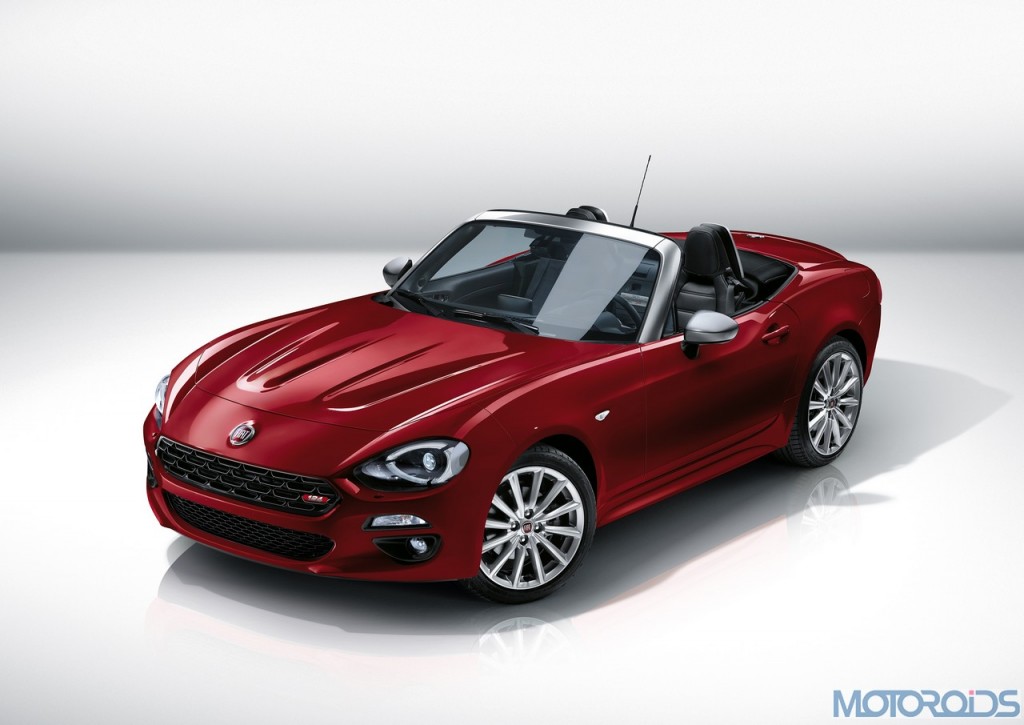 Fiat resurrects the iconic 124 Spider moniker after 50 years since the Pininfarina designed original debuted way back in 1966. But this time around, it has Japanese underpinnings, and is built around the new Mazda MX-5, or Miata. Featuring clean styling, a lightweight structure, a turbo-charged petrol engine mated to a manual transmission, and traditional rear-wheel drive layout, the ethos stays true to the original. 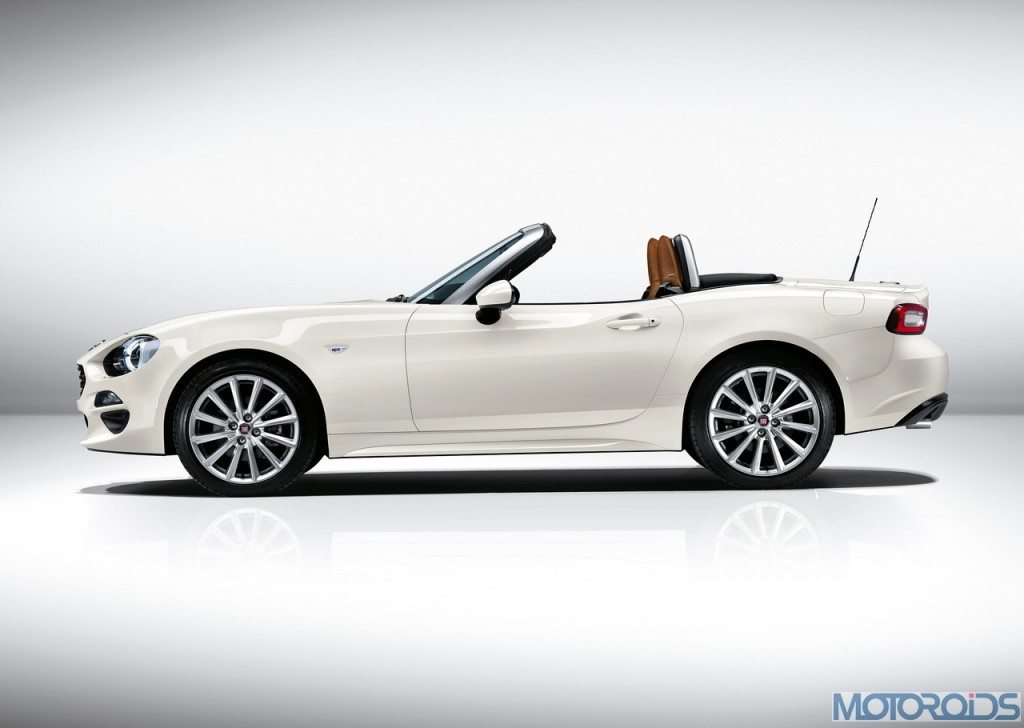 Designed at Centro Stile in Turin, Italy, the new Fiat 124 Spider takes its inspiration from the original. Though the proportions and wheelbase are largely dictated by the Mazda, it fits the bill perfectly. Most of the detailing is a throwback to the original’s appearance, including the style and position of the LED headlamps, and the hexagonal upper grille. Other highlights of the new convertible’s design include twin power domes on the long bonnet, large rear overhangs, and rear haunches that fall inward and are interpreted as “seagull” wings. The rear end is characterized by sharp horizontal tail lamps, along with an integrated rear spoiler. 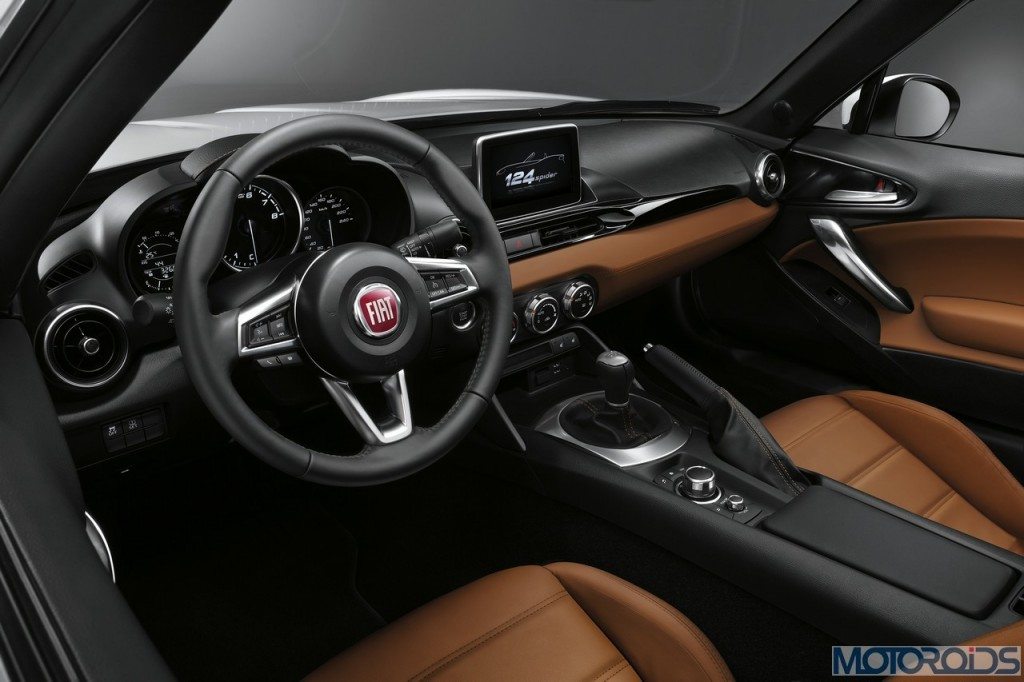 The driver-focused interior of the new Fiat 124 Spider incorporates low-slung seats trimmed in premium upholstery, a three-gauge instrument cluster with a central rev-counter, while soft-touch materials all around up the premium feel. The soft top employs spring-assisted opening and closing – eliminating the need for a power assist system – and automatic window lowering and raising when the header-rail lock levers are operated. 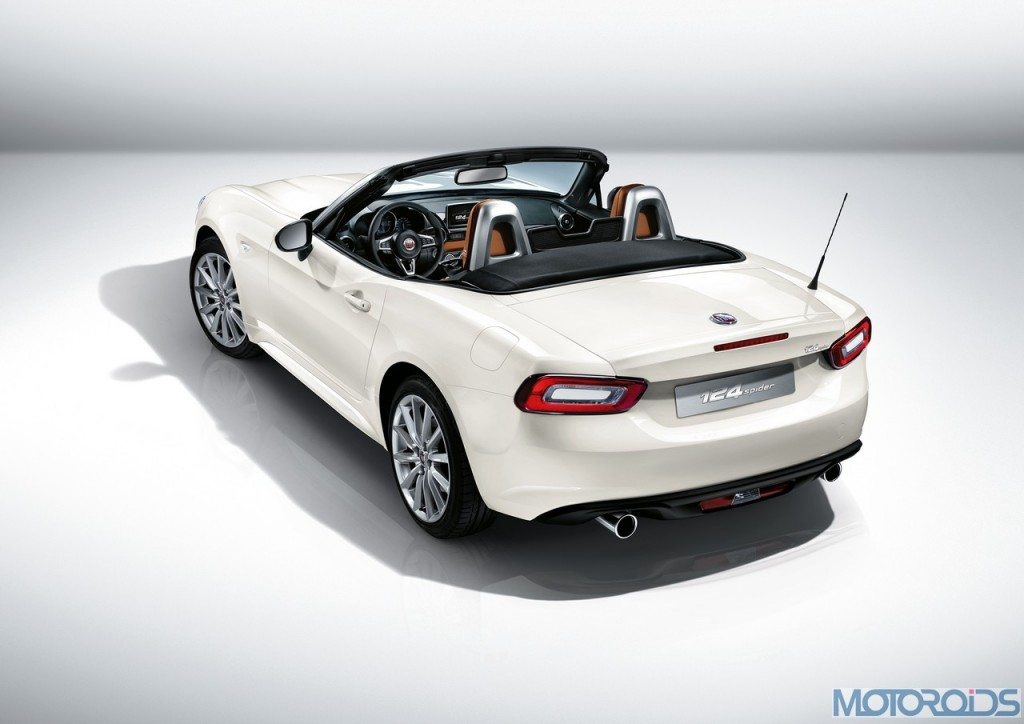 Power comes from a  1.4-litre MultiAir Turbo engine producing 140hp and 240Nm of torque, driving the rear wheels via a six-speed manual transmission. The Fiat 124 Spider features a lightweight body structure, achieved using aluminium, high-tensile steel and precision engineering.  Aluminium components include the bonnet and boot lid, front and rear bumper reinforcements, seatback bars, and underbody cross-member and bulkhead panel. The suspension of the Fiat 124 Spider is comprised of a double-wishbone front and multilink rear arrangement. 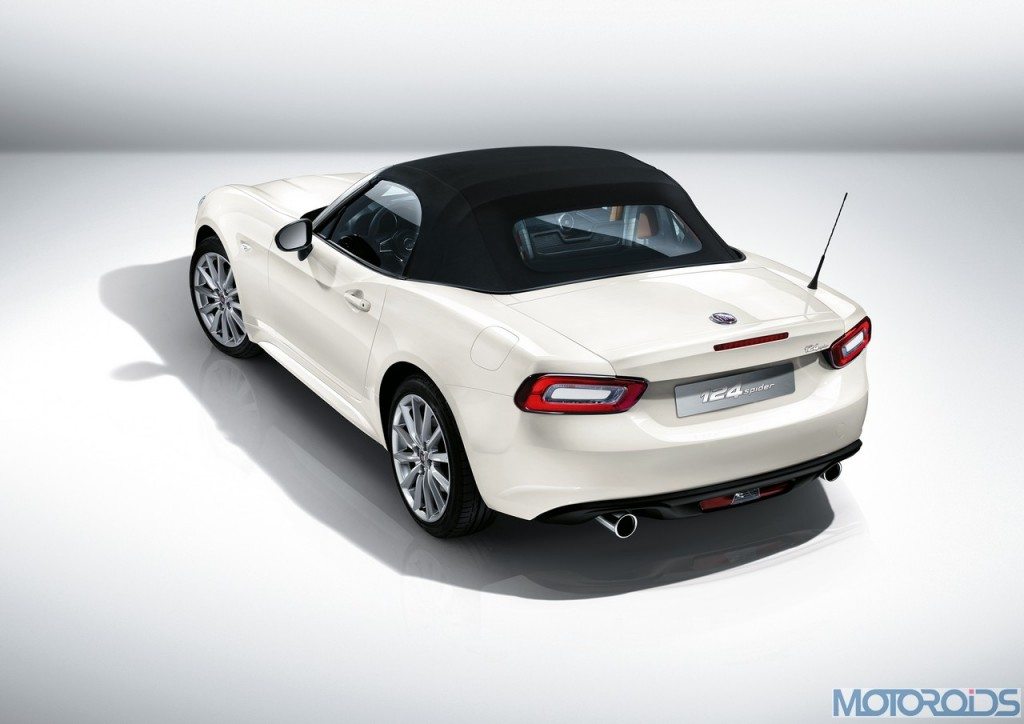 The standard infotainment unit features USB/auxiliary input, six speakers and Bluetooth connectivity, while the enhanced version features a seven-inch touchscreen display, DAB digital radio, two USB ports, multimedia control, a reversing camera and a 3D navigation system, with phone calls, music and navigation all voice-controlled. A Bose premium sound system with nine speakers, including twin headrest speakers per seat and a subwoofer, is also available as an option. The Fiat 124 Spider will go on sale in the UK during the second half of 2016 with pricing and final specifications announced at a later date.