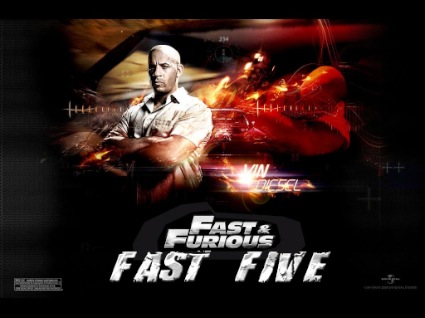 The Fast and The Furious – one of the most successful and entertaining cinema sagas revolving around hot automobiles, babes and blokes is once again busy baking its fifth title – ‘Fast Five’ and part of which will be taking place in Brazil.

Ah, and two men, Vin Diesel (Dom) and Paul Walker (Brian) who make every woman feel weak in their knees and to some men doubt their sexuality are of course going to conquer the screen and are buzzed to be fugitives who are being pursued by legendary lawmen. Director Justin Lin, Producer Neal Mortiz and Screenwriter Chris Morgan will also make a return for the fifth incarnation of the F&F. We know its too early to make reservations for the movie, but it is certainly not too early to mark a reminder in your cell phones. Till then, you can also catch the previous four blockbusters, if you haven’t already!