First revealed at the Geneva Motor Show this year, the BMW M8 Gran Coupe is a 4-door version of BMW’s 2-door M8 Coupe and Convertible models. In terms of design, the cross-continent sprinter with its four doors is identical to the two-door versions except for the fact that the Gran Coupe now comes with an extended wheelbase of 200mm to accommodate those two rear openings. Even after the addition of extra two doors and that extended wheelbase, BMW claims that the Gran Coupe clocks the same time as the Coupe variant to go from 0 to 100 kph. 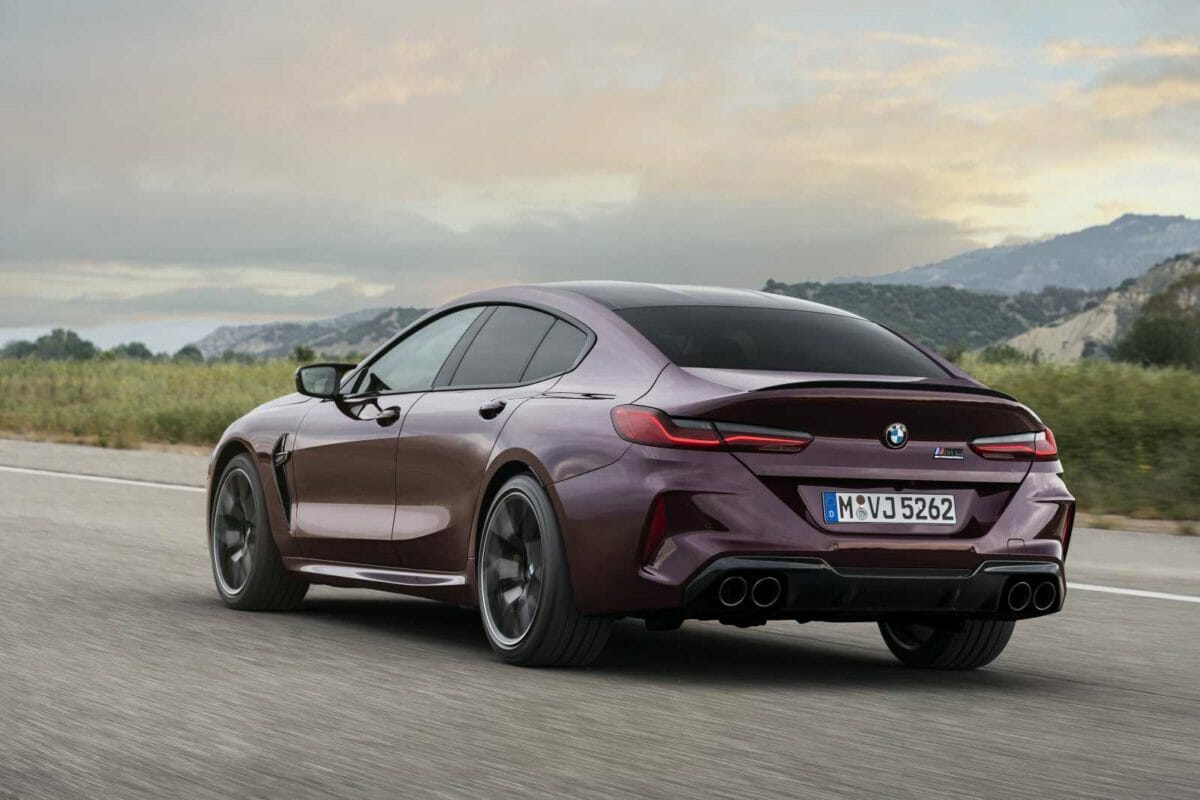 There are no changes for made to the powertrains which propel the M8 Gran Coupe and it continues to use the same engine as seen on the two-door versions. The M8 uses a 4.4-litre, twin-turbocharged, V8 engine which can develop 600 hp for the standard version while the engine can develop 625 hp and 750 Nm for the Competition variant. This pull is enough for the car to go from 0 to 100 kph in just 3.3 sec for the standard version, while it takes 3.2 sec for the same car with a Competition badge. The M8 Gran Coupe is also available with an optional M Driver’s Package which can increase the top speed from 250 kph to 305 kph. Sending power to all four wheels is an eight-speed M Steptronic transmission with Drivelogic and the M xDrive all-wheel-drive system linked with the Active M Differential. Like the new M5, it offers a choice of three modes: 4WD, 4WD Sport and 2WD with purely rear-wheel drive and deactivated driving stability control. 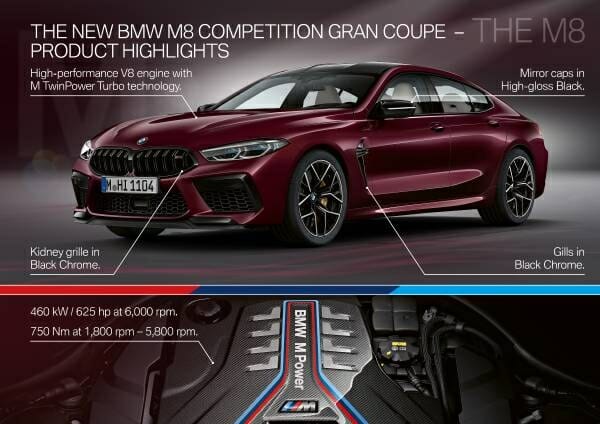 Besides the engine, the M8 Gran Coupe also shares a similar exterior design with the two-door versions. On the outside, the M8 appears more angular and houses a big Double-Bar shark nose kidney grille. The grill comprises of active shutters which shut to allow the car to be more aerodynamic and open for cooling reasons. The roof appears to smoothly run down at the rear and incorporates a double-bubble section. The M8 Gran Coupe is also available with a complete carbon fibre roof as an option. The extensive use of carbon fibre, as well as light aluminium and steel, makes the car weigh around 1900kg. 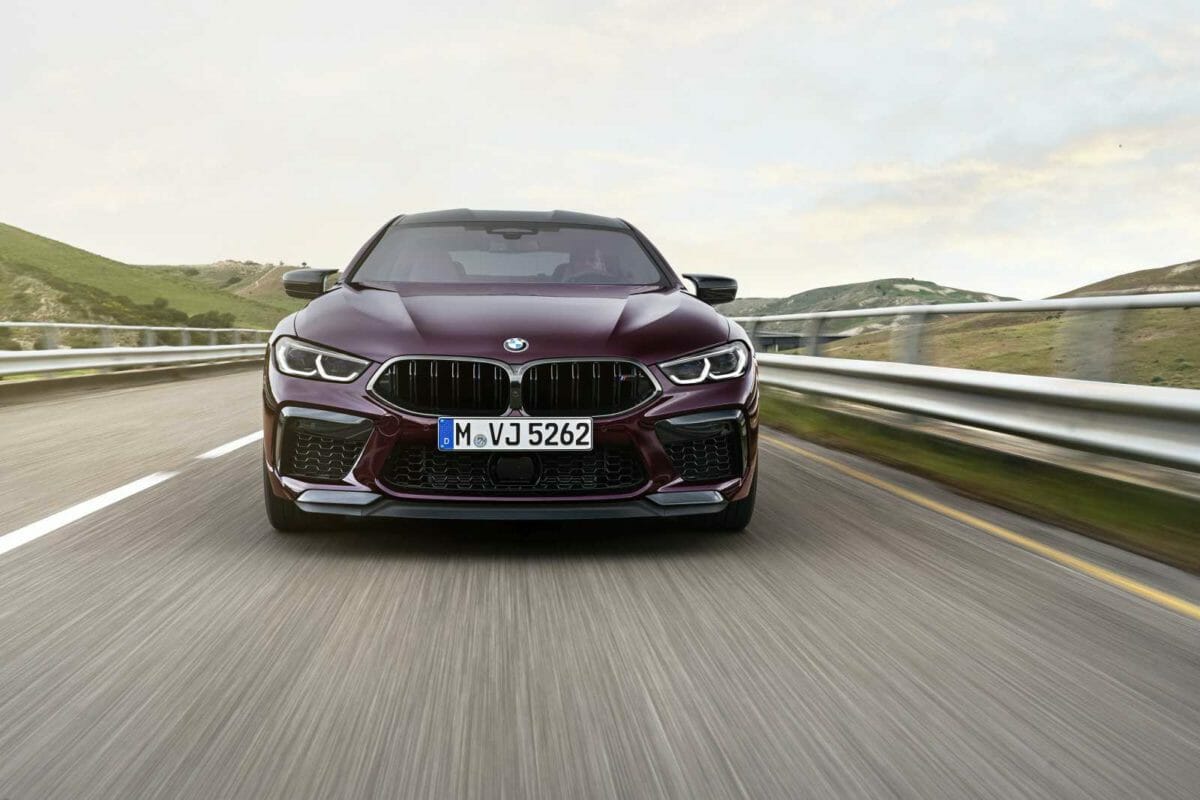 At the rear, the M8 Gran Coupe gets the dove-tail style tailgate on which is mounted the M rear spoiler which is also available in carbon fibre as an option. This four-door BMW runs on 20-inch forged light Star-spoke style 813M alloy wheels. It will be up against the likes of the  Mercedes AMG GT 63 4-door and the Porsche Panamera and has been priced at £ 120,935 in Europe, (approximately Rs 1.05 crore).