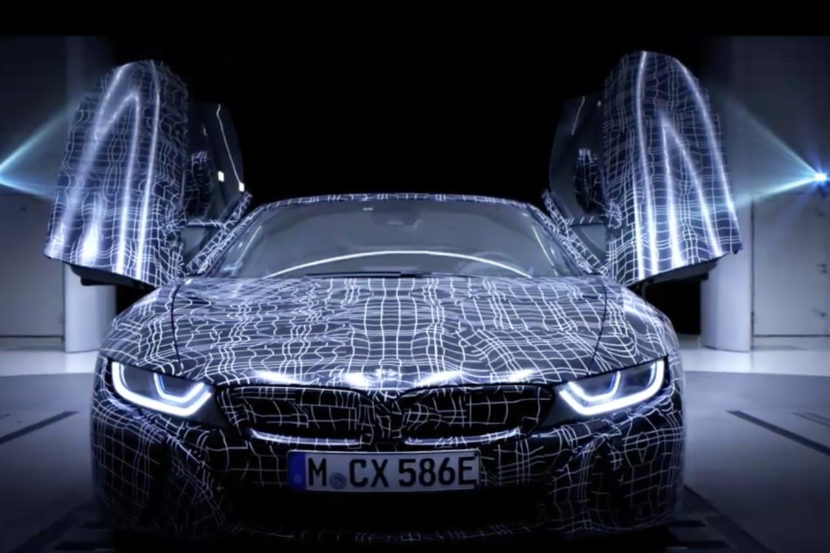 With the new plug-in BMW i8 roadster due for its world launch later this year, BMW has given us a good tease of the offering with a video clip showcasing a fleet of camouflaged i8 roadsters being tested on country roads alongside the current BMW i8. The i8-roadster first witnessed some light of the day back in 2012, prior to its tin-topped coupe variant going on sale in 2014. Now, finally, we know a little bit more on the development of the i8-roadster, all thanks to BMW.

The i8 roadster shares the tried-and-tested, although smashing design language of its hardtop counterpart, the i8-coupe, with a few tweaks to keep the styling fresh. The indented bonnet scoop, one of the most loved design elements in the BMW i8 has been now ditched for the roadster, giving it a more matured look.

Build and performance wise, the BMW i8 roadster is said to be built on the same carbon fiber-reinforced plastic chassis and aluminum frame which enables the i8 line of cars to manage the torque developed by those electric motors. At first, it was expected that the roadster will be powered by the same, 1.5-litre turbocharged three-cylinder engine and electric motor hybrid-powertrain that is used in the four-seat coupe variant. But lately, rumors have been circulating that the BMW i8 roadster might be powered by an all-electric powertrain, the likely hood of which is less for the 2018 release. 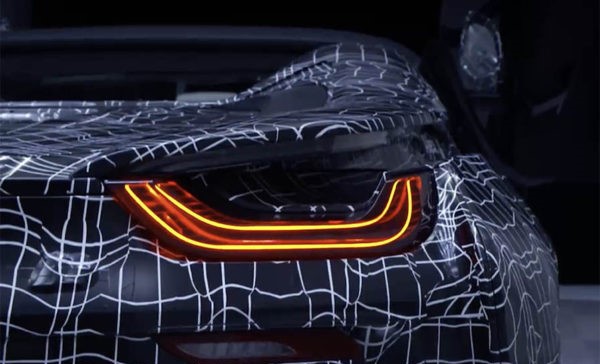 The BMW i8-coupe is one of the most intriguing and loved hybrid electric cars ever to be produced by BMW. It managed to strike a chord of balance between futuristic design and modern day functionality which challenged other car manufacturers, who are yet to come up with goods which can truly answer this gull-winged spaceship.