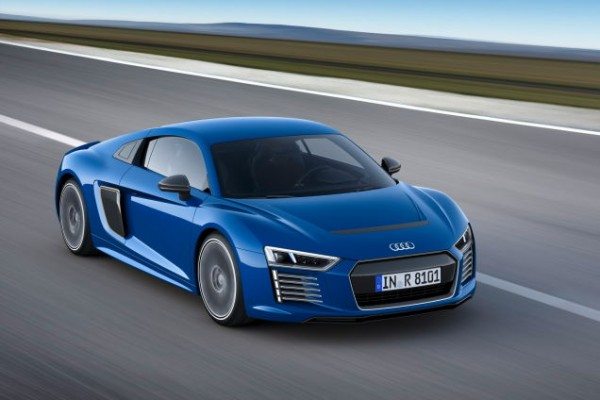 Images of the all-new Audi R8 V10 Plus emerged only recently. However, the company has already released the technical specifications of the petrol R8’s electric sibling, the R8 e-tron. This is not the first time that the R8 has had an electric sibling, but the earlier iteration, never made it to regular production model. Therefore, Audi calls this one, the R8 e-tron version 2.0. The batteries that power this car, are designed and developed by Audi, themselves. These high-voltage lithium-ion batteries form a T-shape and are placed low to the ground to reduce the centre of gravity. The batteries have been located just behind the occupant cell of the R8 e-tron and installed within the central tunnel. 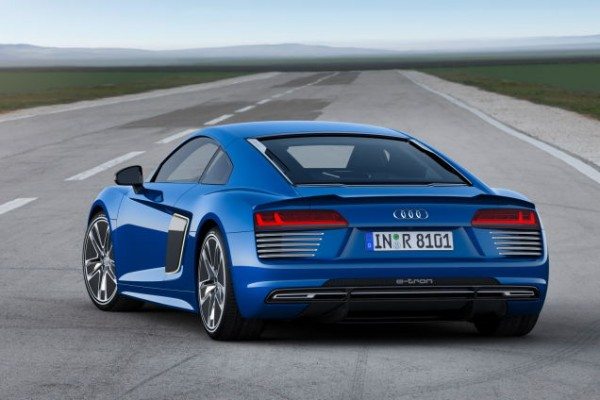 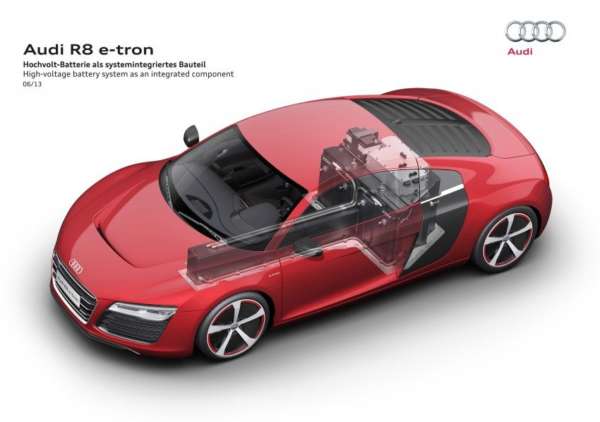 The T-shaped battery in the first generation R8 e-tron.

While the non-production R8 e-tron version 1.0 produced an impressive 381hp and 820 Nm of torque from its 49 kWh battery pack, the 2015 version is even more powerful. The R8 e-tron version 2.0 has a 92 kWh battery pack and thus, makes 462hp and an amazing 920 Nm of torque. And the clever Germans have made the packaging of these more potent batteries, just as compact in its dimensions as in the earlier model. Given the additional power and similar dimensions of the battery, this R8 boasts of some impressive performance figures. The dash from 0-100 km/h, comes up in under 4 seconds and the top speed is limited to 250 km/h. Considering that this R8 has to lug around those heavy lithium batteries, those figures are mighty impressive. 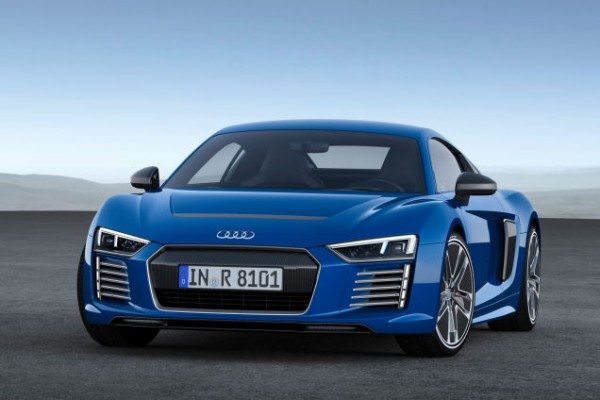 Of course, no matter how fast it is, the limited range of a battery-powered car is always a big issue. That, fortunately, is not the case with the 2016 Audi R8 e-tron. Whereas the older car had a maximum electric range of 215 km, the new car can do almost 450 km on a single charge. And according to Audi, a full recharge will take less than 2 hours. That is because Audi, has equipped this electric supercar with something called as Combined Charging System (CCS). This system allows the car to be charged using direct, or alternating current sources. Taking all of this excellent performance, range and the electric supercar badge into account, you can rest assure that this R8 will be a lot more dearer to your wallet than the regular petrol version. Just for your information, the all-new R8 V10 Plus (the range topper) wears a price tag of almost $210,000. Since this car will only be available in select markets, the price of this electric sportscar is not yet known.