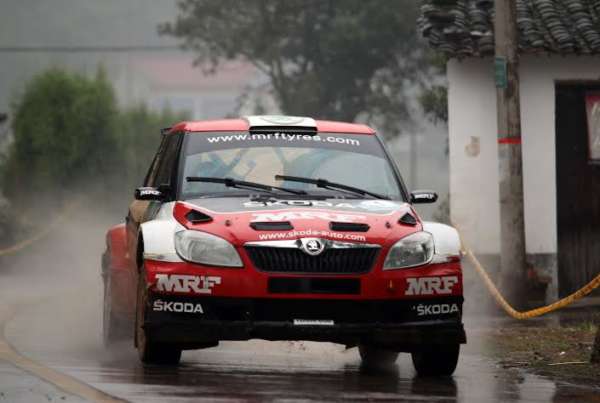 The 2013 FIA Asia-Pacific Rally Championship (APRC) winner and MRF driver Gaurav Gill today confirmed that he and co-driver Glenn Macneall will defend their title with the Team MRF Skoda Fabia S2000 for the 2014 championship. Gill became the first Indian to win the APRC title and won it using MRF Tyres. Team MRF Skoda will field two teams again with European Rally Championship winners Jan Kopecky and Pavel Dresler in the other car.

MRF is the only Indian Tyre manufacturer who develops rally tyres that are used internationally. The MRF R&D team work closely with the drivers to develop tyres for the different terrains and conditions. The MRF Tyres are prepared for all surfaces and conditions.

Mr. Arun Mammen, Managing Director, MRF Tyres, commented, “We are thrilled to be defending our APRC title with Gaurav and Glenn. Having Jan and Pavel in the other Team MRF Skoda car further strengthens our intention and commitment to the sport. APRC has been a great platform for MRF to showcase how our tyres are adaptable to different conditions. The R&D team work really hard to ensure we give our drivers the best possible tyres to extract maximum from all terrains. Rallies take place on all surfaces and in all conditions from asphalt to gravel to dirt surfaces and it is our job to ensure that the tyres are competitive in all conditions. We are excited to continue our great relationship with Skoda and looking forward to the upcoming season. “ 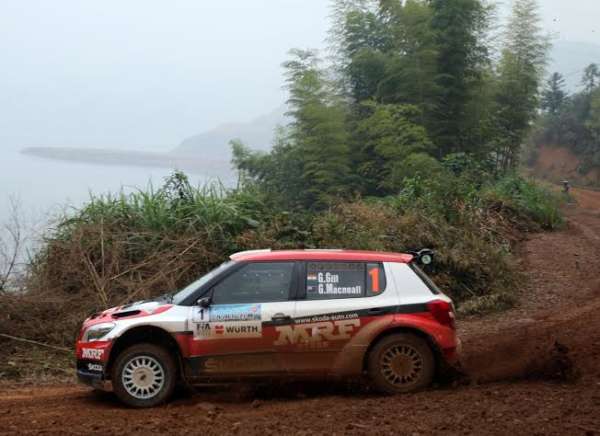 Gaurav Gill, who became the first Indian to win an FIA Championship was excited to defend his title. He commented “Firstly I would like to thank MRF and Skoda for their continuous commitment and support. We had a great season where we created history last year but now our focus is squarely on this year. I will be working much closer with the MRF R&D team as well to ensure we have the best possible tyres. These guys are capable of developing tyres to match the best in the world and together we hope to achieve this. We will not rest on our laurels and will continue to push to ensure that we are fighting for the title again.” 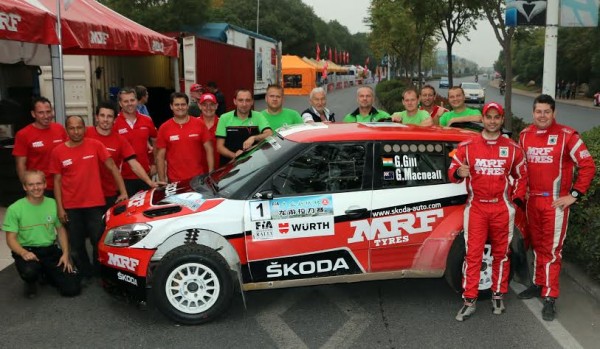 It will be big challenge for the European Rally Champion Jan Kopecký, known to be more of a tarmac specialist, and will have to adapt to the challenges of gravel surfaces. He commented, “It will be something special for me – new rallies, new territories and lot of them real exotic ones, and most importantly it will be completely different racing conditions. It will be great, I’m looking forward to working together with my co-driver Pavel Dresler. We had a fantastic season in 2013 and we look to continue that form with Team MRF Skoda this year as well. We have a good car, great team and perfect team-mate! And I hope Gaurav will give us lot good tips as well“.