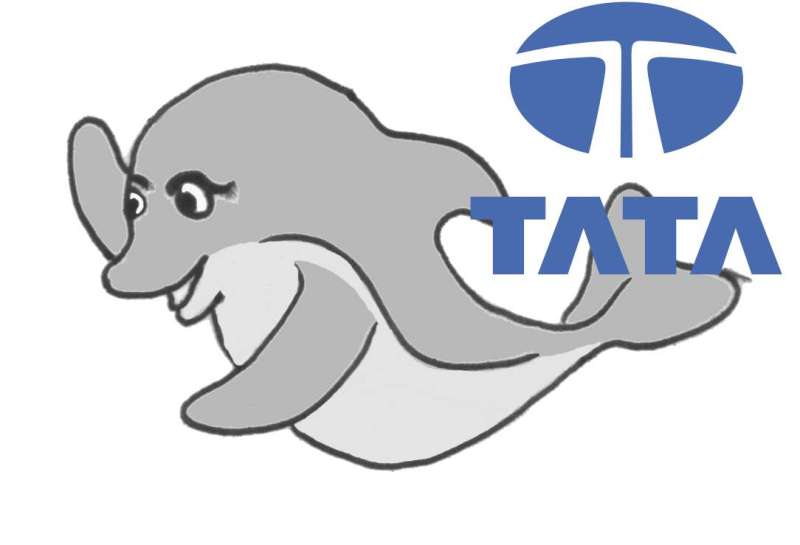 The Nano project may not have been a bed of roses for Tata, especially with chapters like being driven out of Singur in Bengal and some Nanos catching fire. However, the auto major remains undeterred by problems and is keen on making another small car which would slot in between the Nano and the Indica. The new car will be comparable to the Suzuki Wagon Rs and the Santros of the world and will most likely be priced at around Rs 3-lakh on the road. If reports from NDTV are to be believed the car has been codenamed as Dolphin, at least for the development phase.
It’s prudent for Tata to develop such a car for India as we know for a fact that ever since the Nano project took off, small car makers like Maruti and Hyundai have gone back to the drawing board to design and develop cars that are cheaper than even the Santro and the Wagon R with comparable engine specs, features and specs. Project Dolphin aims at having a Tata anwer ready for the challengers to be brought in the field by Suzuki and Hyundai in due course.
The car which will be made on a completely new platform would be a tough competitor to the Maruti Suzuki Alto, Wagon R and the Hyundai Santro. There are speculations that the car will be powered by an engine within the 800-1000cc range. The car may also be available in the petrol and diesel variants. Tata’s tradition of making spacious cars will be practiced in the new car as well and expect it to be a winner in terms of in both cabin and boot space.
It’s a good move by Tata as the company didn’t have a presence in the bare basic small car segment of the India which form the major chunk of the Indian car market. Tata Motors have the capability to keep costs low, and a cheap option in the A and A+ segment will definitely lure a lot of buyers. The demand will be primarily driven by the rural areas for Tata in such a case.
According to various sources, the car will hit the streets within the next 18-24 months. Since the phasing off of the legendary Maruti 800, it is now evident that Tata is very keen into getting a firm foothold in the small car segment. Stay tuned as we try our best to get more information about this upcoming small car.