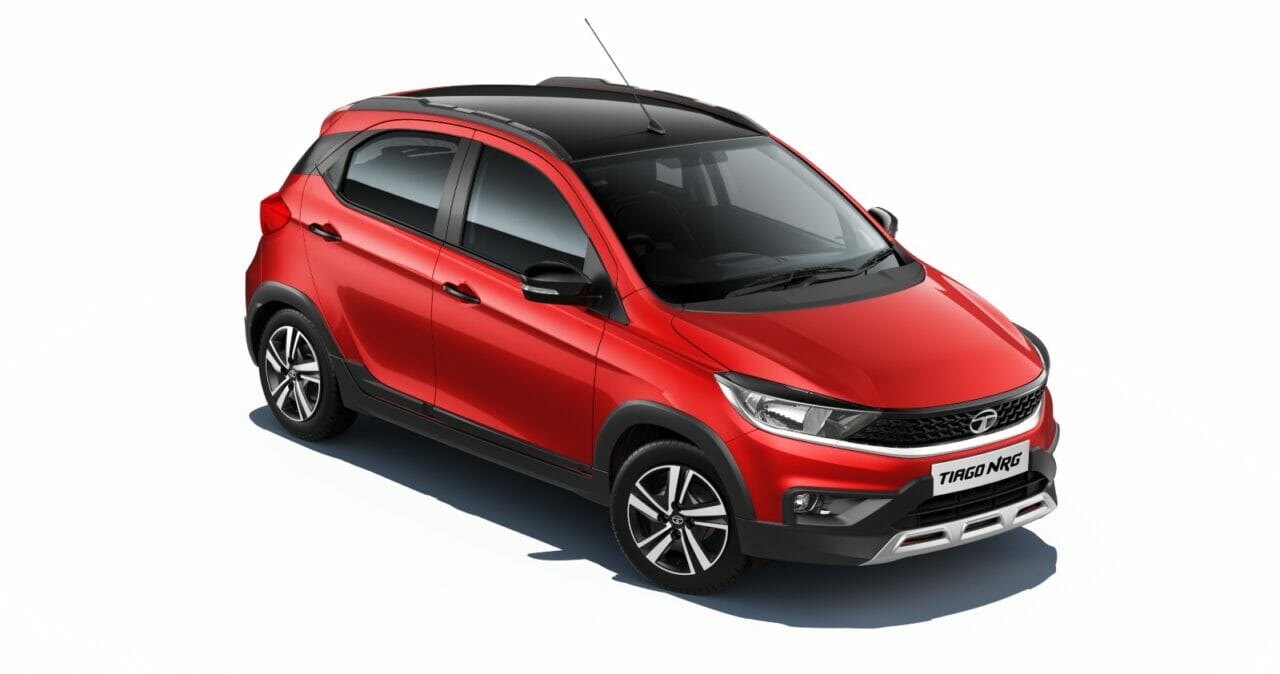 The Tata Tiago NRG made a comeback today launching at ₹6.57 lakhs. For those who don’t know, the Tiago NRG is a crossover derivative of the Tiago hatchbacks. It comes with various enhancements such as body cladding, redone interiors, features etc. But how much exactly does the NRG offer over the standard Tiago? Let’s take a look: 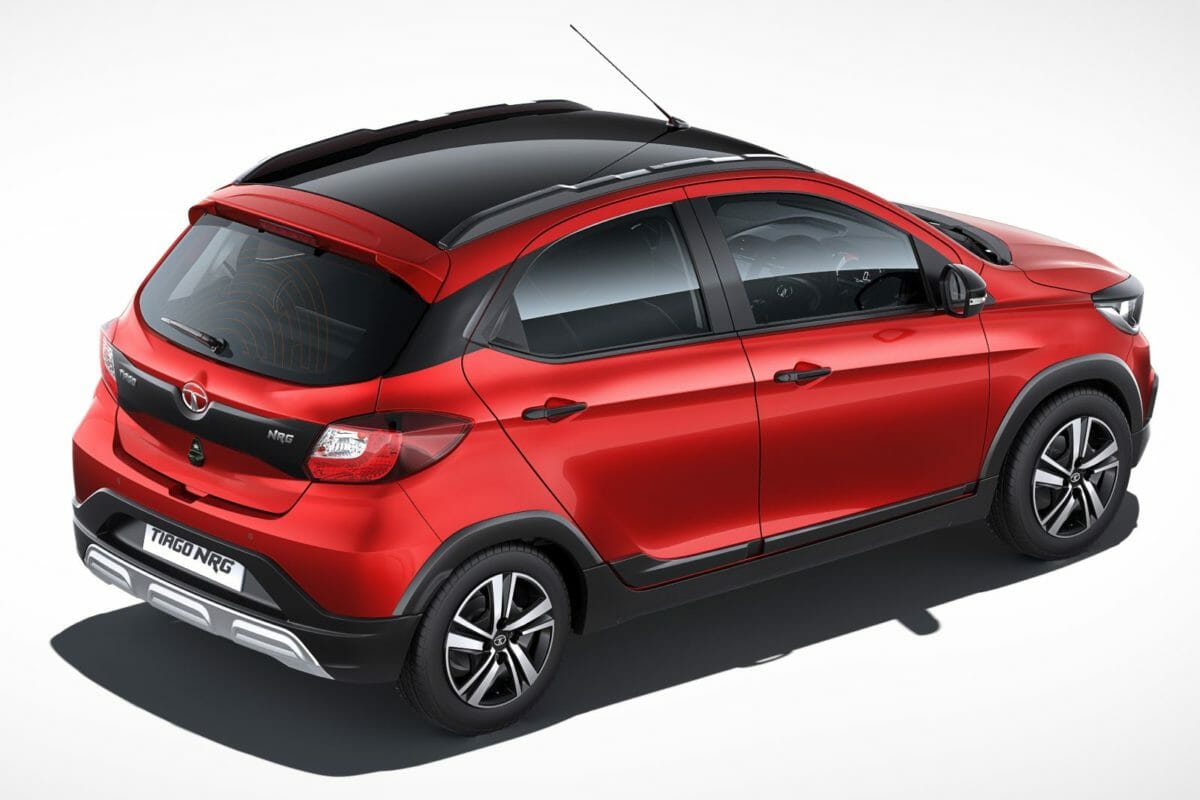 The exteriors are where you immediately notice the difference between then two. The Tiago NRG gets black body cladding for that crossover look which the Tiago doesn’t offer. It also gets silver skid plate in the front and rear. The black coloured roof is standard whereas it is an extra on the standard Tiago. The wheels are also bigger with 15 inch “Hyperstyle” rims. It gets integrated roof rails and blacked out C pillars too. Other details include blacked out door handles, blacked out outside rear view mirrors and a black applique on the boot. Features such as rear wash/ wipe and halogen headlamps with fog lamps remain similar between the two.

The powertrain options are the same between the two. It is a naturally aspirated 1.2 Litre 3-cylinder Revotron petrol engine which churns out 86 PS and 113 Nm of torque. It comes with an option of a 5 speed manual and an AMT. The NRG gets 181mm of ground clearance and a re-tuned dual path suspension to take care of the extra ground clearance and bigger wheels. 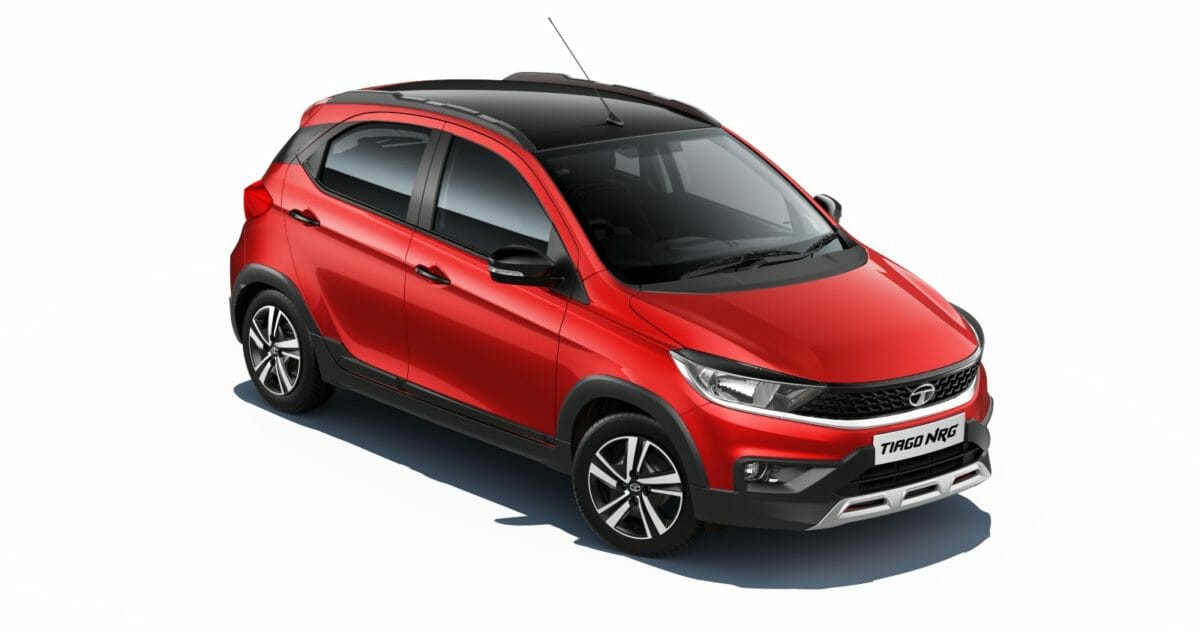 The interiors of the Tiago NRG gets charcoal black theme and fabric seats with deco stitch. It also gets contrasting side air vents as part of the updated interiors. Additional features include push button start with keyless entry, auto fold ORVMS and rear parking camera. Other features such as 7 inch touchscreen infotainment by Harman with android auto and apple carplay, 8 speaker surround sound system, steering mounted audio controls and automatic climate control remain the same.

The Tiago NRG and the Tiago share their platform and safety features. They both get dual airbags with corner stability control, ABS and EBD. Additionally, it is safe to assume that the NRG gets 4 star safety rating due to its platform sharing with the standard Tiago.