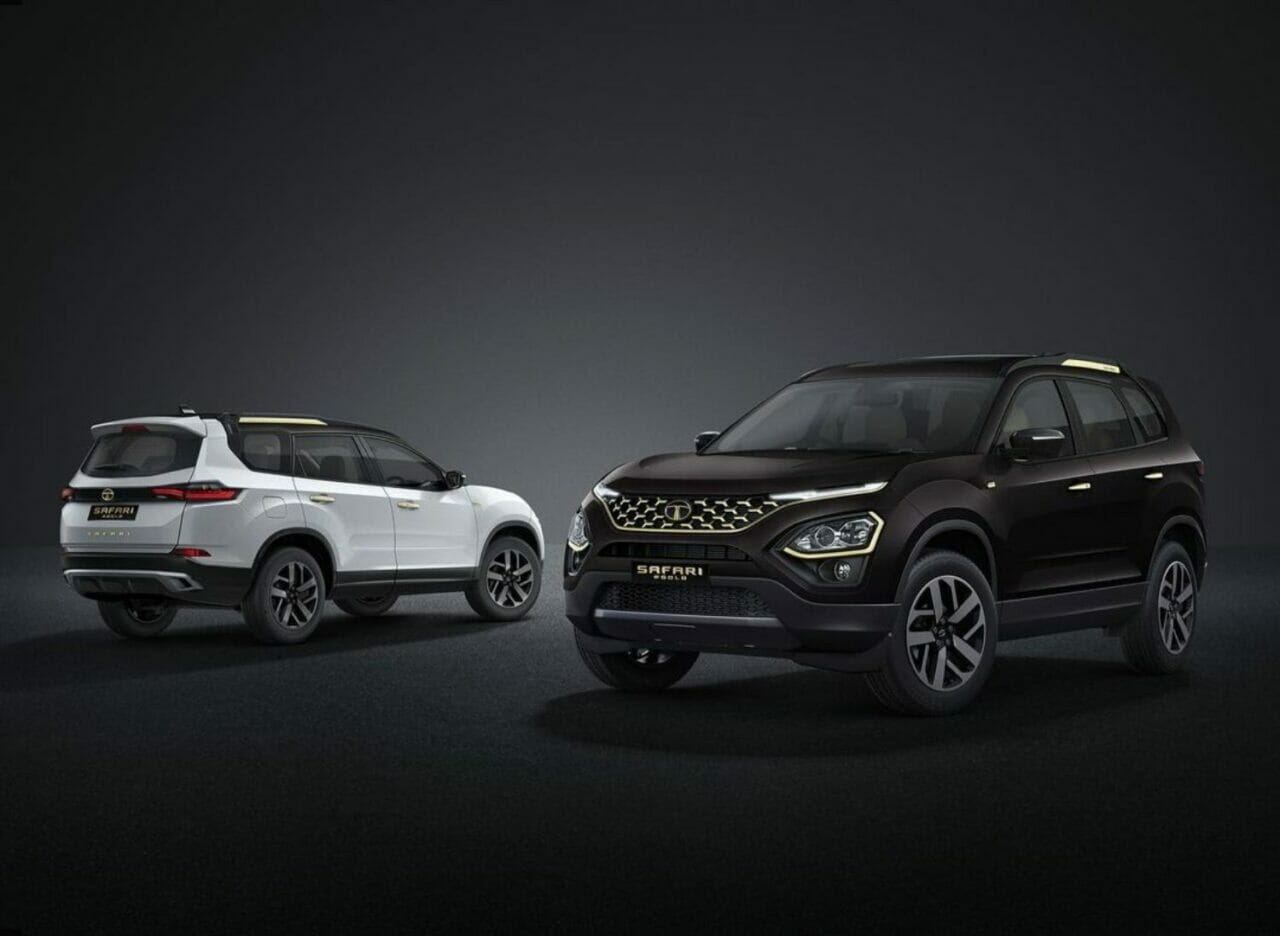 Tata recently rolled out Dark Editions of its Harrier, Nexon, Nexon EV and Altroz. The company didn’t give its flagship vehicle – the Safari a special treatment and that came out a little weird. But we knew that Tata is planning something special for the Safari and what could be more exquisite than Gold? Tata Motors has launched the Safari Gold Edition at INR 21.89 lakhs (ex-showroom). The Gold Edition Safari can be had in two colours: White Gold and Black Gold. 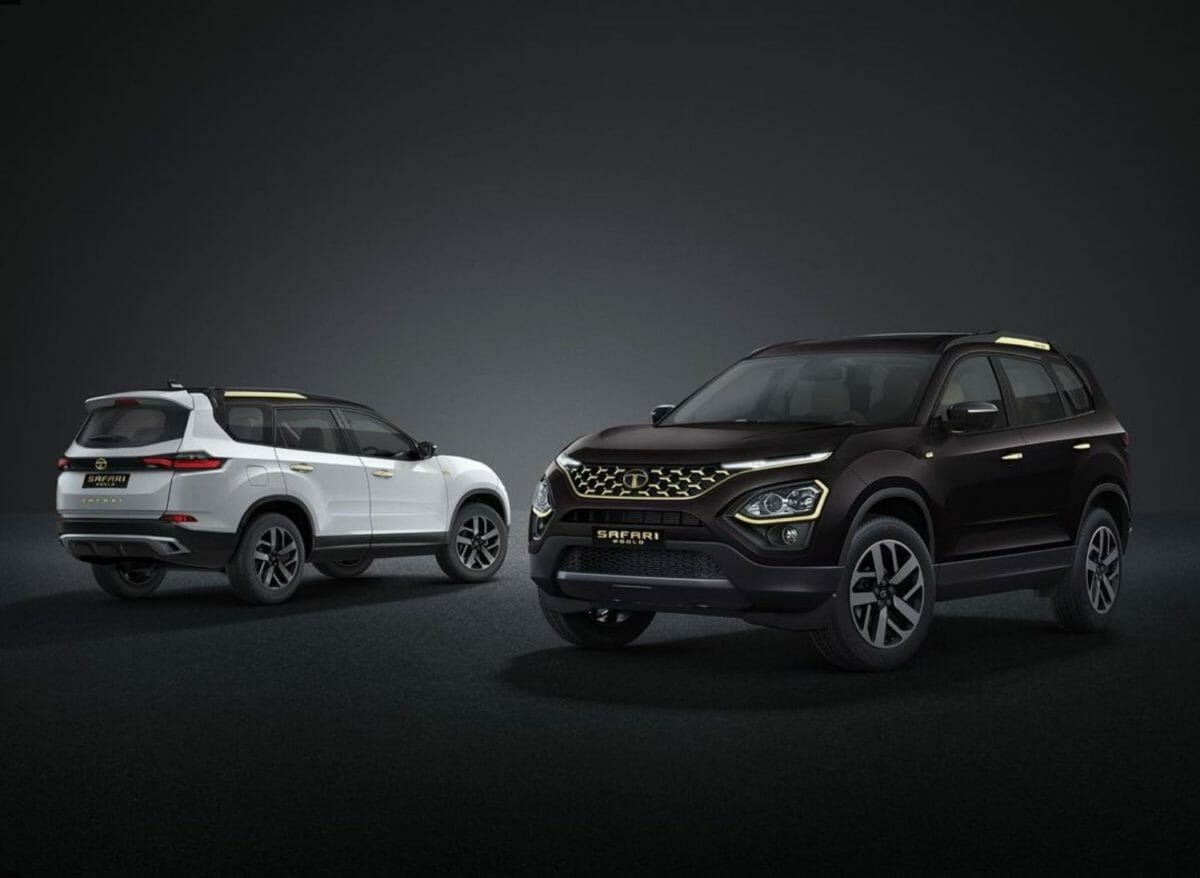 It makes do with Frost White colour and to give it that extra visual drama, it also gets contrasting black elements. Tata has also sprinkled subtle golden accents all over its bodywork to justify its ‘Gold’ moniker. To provide it with a dual-tone appearance, the roof of the White Gold variant has been painted black. 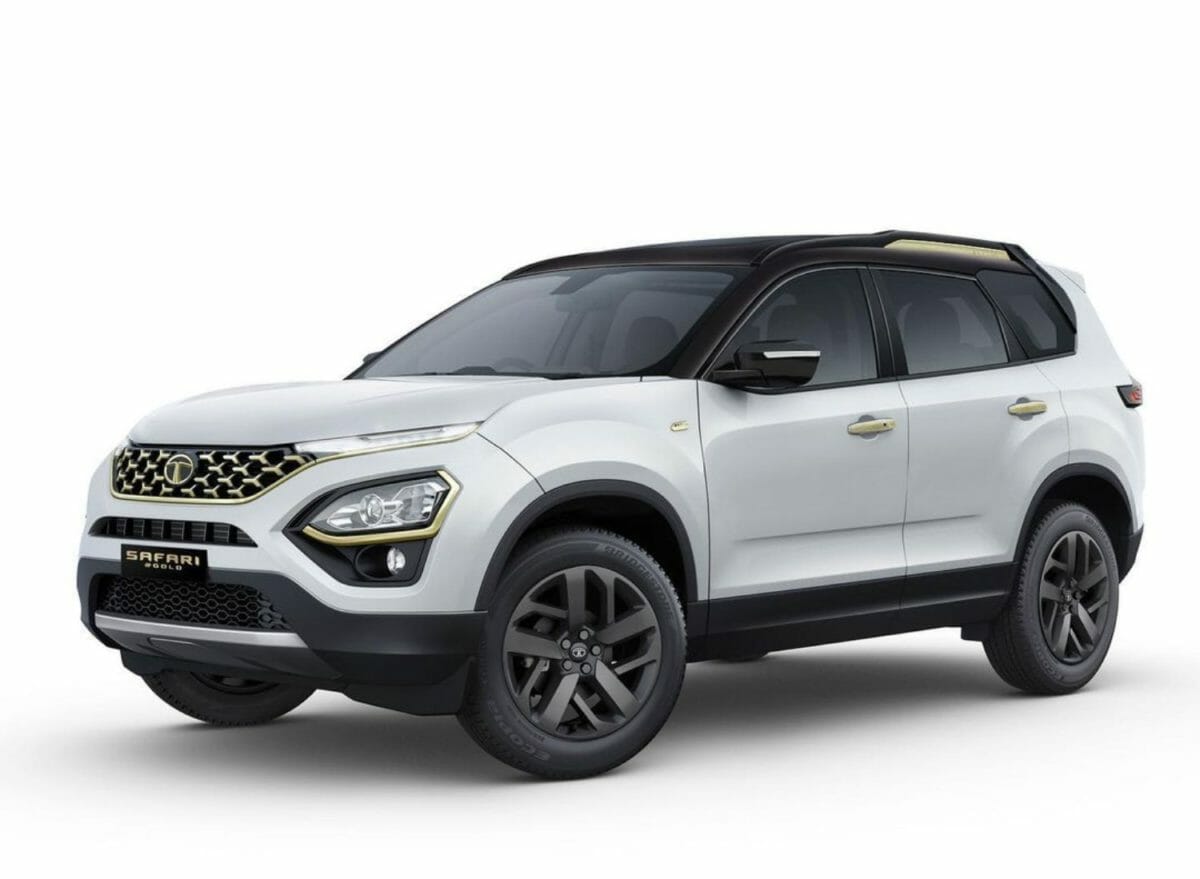 According to Tata, its exteriors are inspired by coffee bean and this variant gets the golden accents too. Interiors of the Black Gold variant come with a combination of Dark Marble finish mid pad and golden flourishes in the cabin. 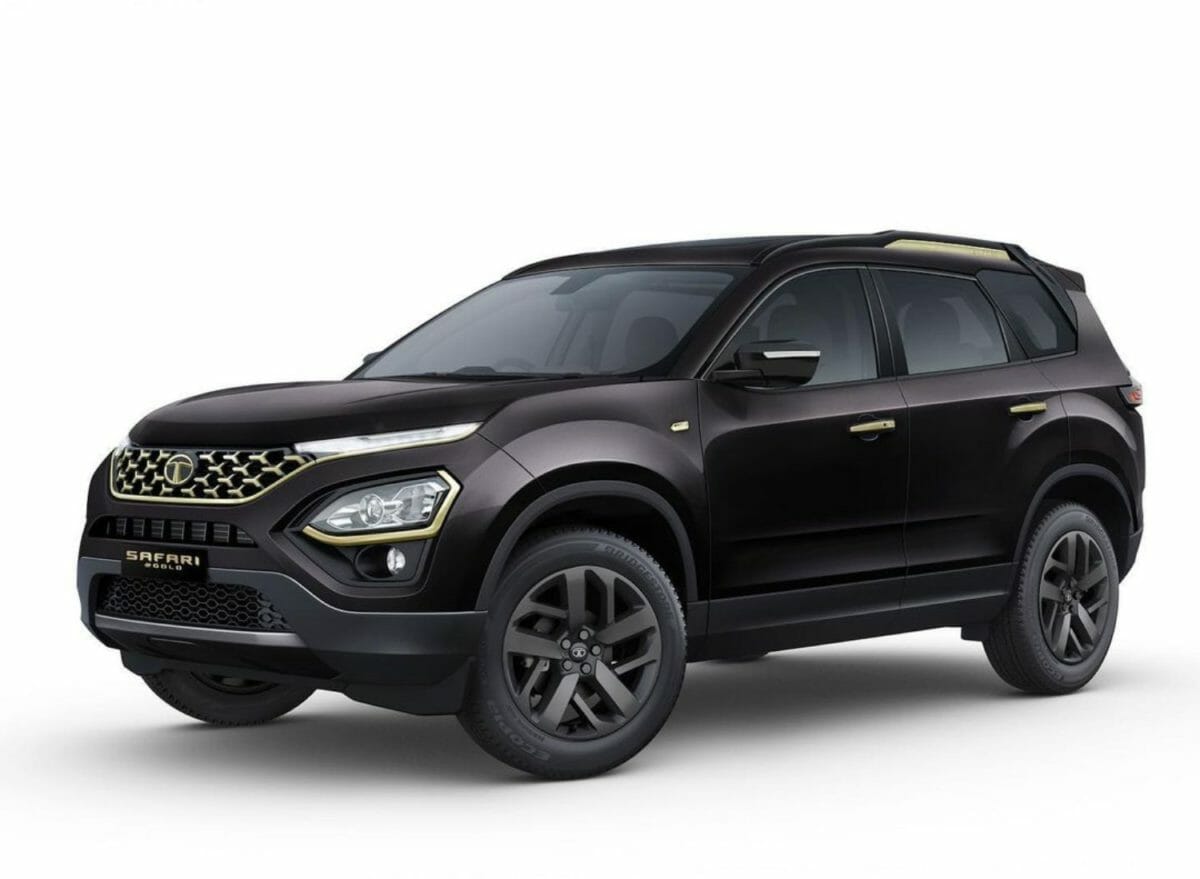 Being more expensive than the standard variants, it also gains more goodies in order to justify the premium sticker price.

It gets Oyster White Diamond Quilted – genuine leather seats, ventilated seats on both the 1st & 2nd rows, wireless charger, air purifier, Android Auto & Apple Carplay over Wifi, making it the most impressive version of the Safari yet. 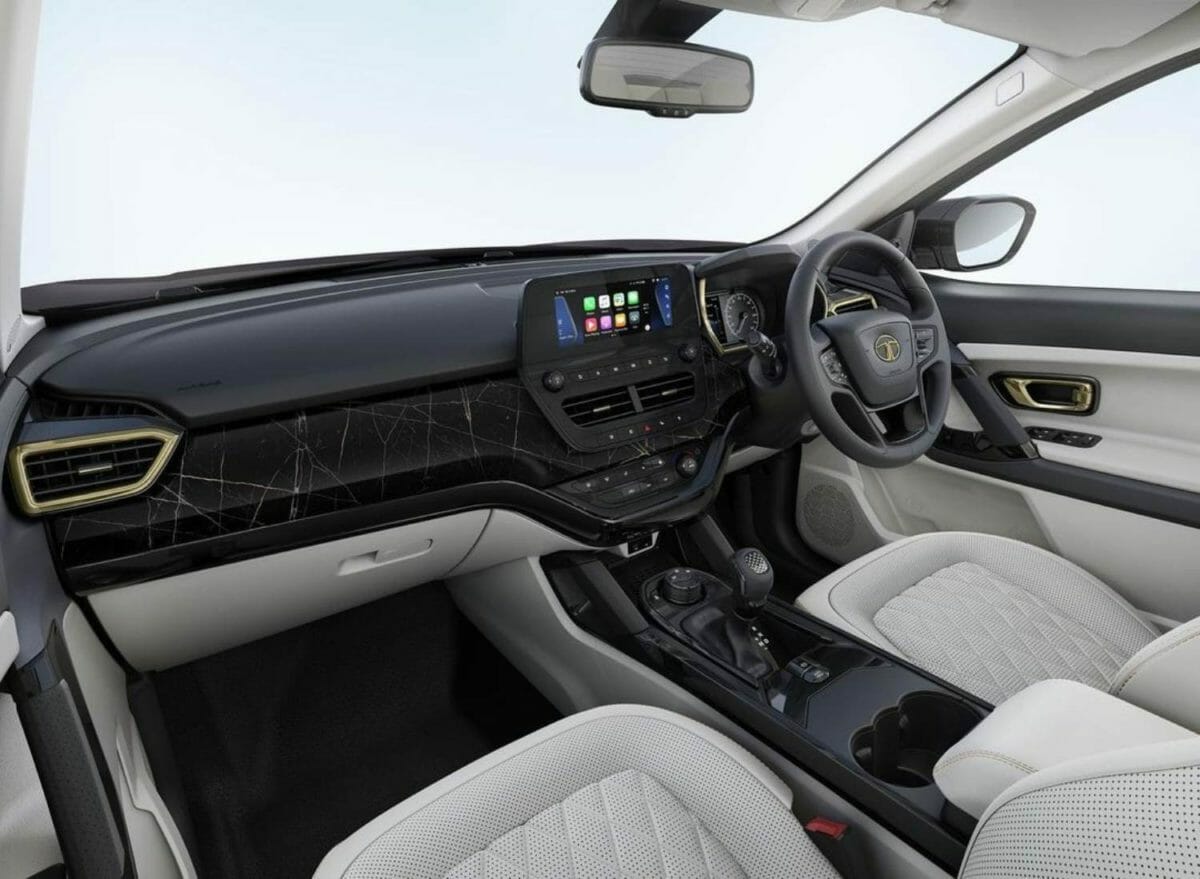 The new Safari edition will make its first public appearance at the VIVO IPL 2021 in Dubai. Furthermore, Tata Motors has introduced the ‘Safari Gold Hit Challenge’ in this season. For the same, every time a batsman hits a six and the ball lands on either the car or the car display podium or the Safari #Gold LED commercial board, Tata Motors will contribute an amount of ₹2 lakhs to The Akshaya Patra Foundation, an NGO fighting for Covid-19 victims. 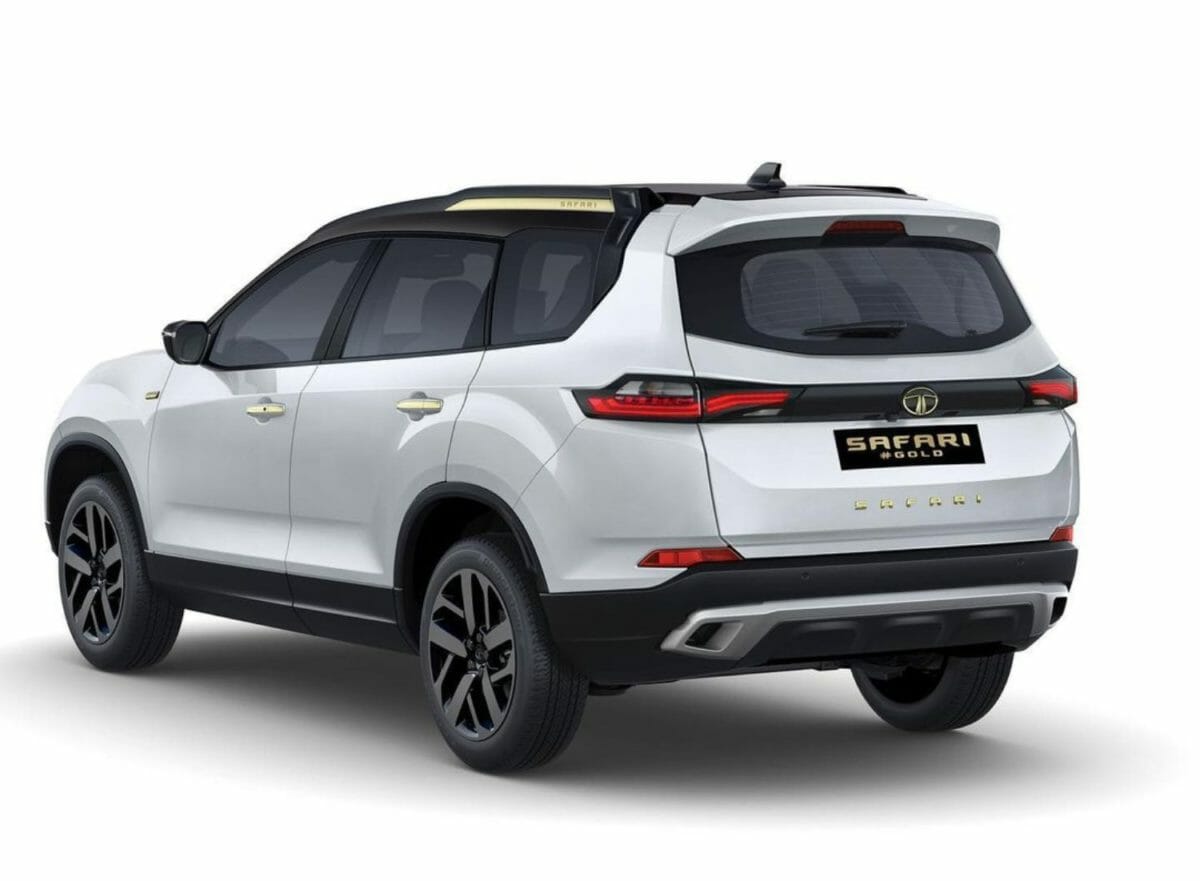 Commenting on the introduction of the Safari #Gold, Vivek Srivatsa, Head – Marketing, Passenger and Electric Vehicles Business Unit, Tata Motors said, “In less than five months after its launch, our premium flagship SUV, the new Safari reached the milestone of its 10,000th rollout and today is among the highest selling SUVs in its segment. The Safari has received immense love from our customers and keeping in mind the response, we are delighted to announce the introduction of the prestigious Safari #Gold Edition from Tata Motors. Staying true to its DNA and in line with our New Forever philosophy, Safari #Gold is a vision of luxury and opulence. With a rich mix of exquisite design elements added on the exteriors and interiors, this special version is equipped with top of the line features, heightening the sense of comfort and indulgence for an effortless driving experience. To debut this new offering what better platform than the IPL itself. The vehicle will be on display in stadiums across the second leg of season. We are excited to showcase this product in Dubai and are confident that it will command a lot of buyers’ attention during this festive season.” 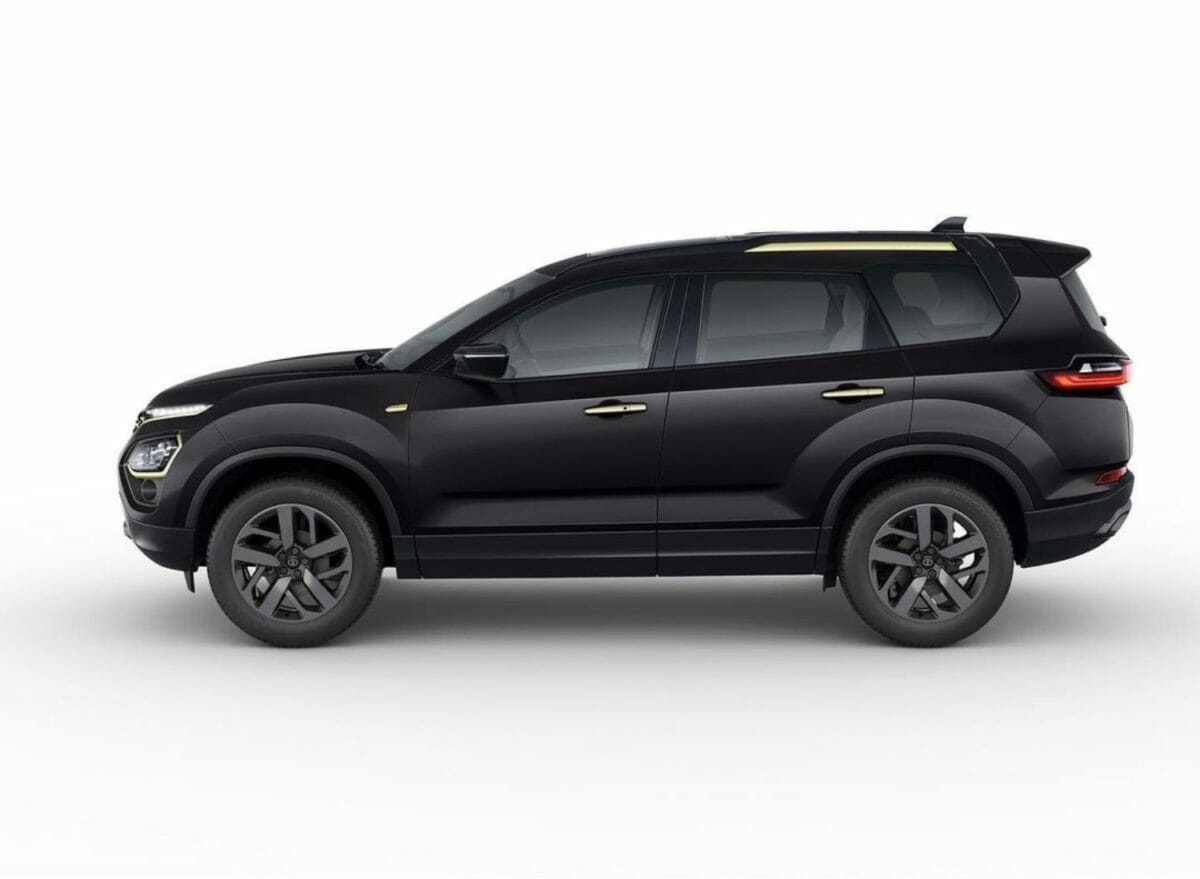 Speaking on this continued partnership, Brijesh Patel, Chairman, IPL said, “We are looking forward to Tata Motors continuing their association for this year’s second leg of the VIVO IPL in Dubai. We are delighted to observe that Tata Motors has chosen IPL as a platform to launch their flagship – The Safari #Gold Edition. We are sure that VIVO IPL will serve as the best platform for showcasing this exquisite version of the Safari to all our viewers in India and abroad. Tata Motors has been the official partner of the tournament since 2018 and our relationship with them continues to grow stronger with each passing year. Over the three seasons, we have witnessed the company’s efforts to make the tournament exciting for their customers as well as for the fans through a variety of initiatives at the tournament venues. We are looking forward to yet another year of this fruitful association, while delivering great value to Tata Motors and the followers of the game, as we consolidate our partnership further.”