Reports suggest that Tata Motors plant to launch the Nexon compact SUV in India this month. In July, Tata Motors held the media drive of the Nexon in god’s own country, Kerala, where we got a feel of what Tata’s latest product has to offer. All the media cars were of the top-end variant, meaning the XZ+ variant. 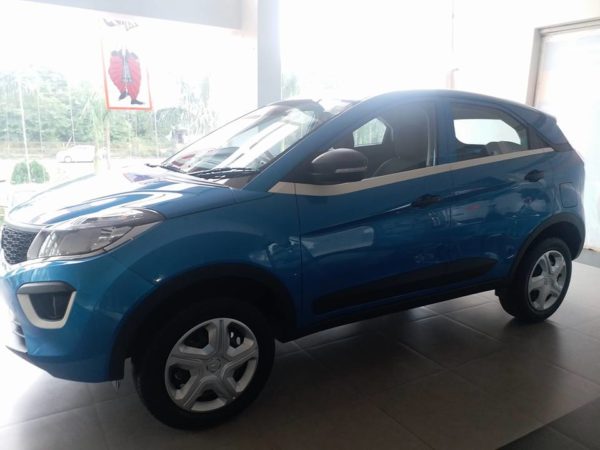 Recently, images of the base variant of the upcoming Nexon were shared on the web, courtesy of Facebook user Amit Pandey. As seen in the set of images here, the base variant (XE) of the Nexon misses out on a number of features when compared to the top-end XZ+ variant. The projector headlamps with LED DRLs are replaced by the standard halogen units while the alloy wheels make way for steel wheels with wheel covers. A few missing features include the absence of the dual tone paintjob, fog lamps, body coloured ORVMs, roof rails and body coloured door handle.

Inside, the Tata Nexon XE variant misses out on a number features such as a free standing 6.5 inch touchscreen infotainment system (replaced by a monochrome unit), engine start-stop button and automatic climate control. The base variant though, will be available with the same interior theme including a dual tone dashboard, piano black trims on the steering wheel and centre console and a few chrome accents across the cabin. 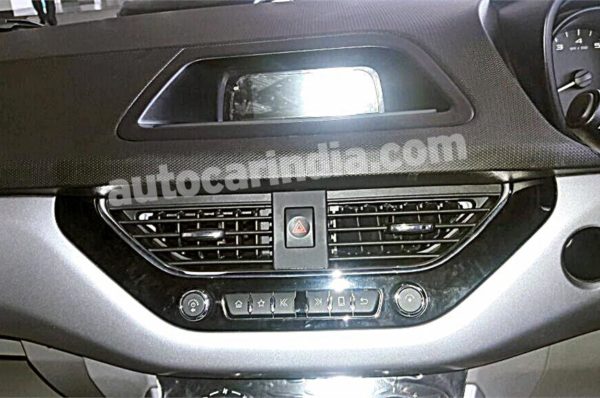 Upon launch, the Nexon will be available with two engine options: a 1.2-litre turbocharged petrol engine and a 1.5-litre diesel engine. The former will be capable of producing 110 PS of power and 170 Nm of torque while the latter will be tuned to produce 110 PS and 260 Nm of torque. Transmission duties will be taken care of by a six speed manual transmission as standard while an AMT variant is expected to make its debut later during the product’s life-cycle.