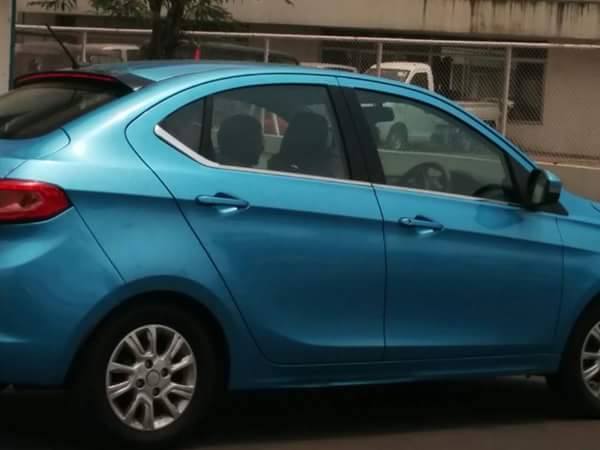 Quite recently, the Tata Kite 5 or the Tata Tiago sedan was spied testing which was seen in a set of images as well as a video that surfaced on the web. After making its début at the 2016 Auto Expo held in Greater Noida earlier this year, another set of spy images reveal a few changes in the sub 4 metre sedan. Sporting a shade of light blue, the Kite 5 in its production guise drops the reflectors on the rear bumper that were earlier seen on the model displayed at the Auto Expo. 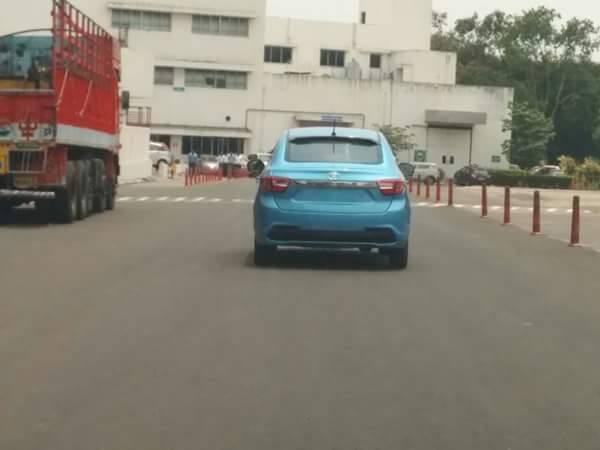 There seems to be some minor design changes to the tail lamps although we are not sure due to the low quality of the image. The rest of the features on the posterior of this production spec model seem to be more or less the same as the model displayed at the expo that include a chrome strip running between the tail lamps, an integrated spoiler, radio antenna etc. The smaller, production friendly wheels also tend to make the Kite 5 a bit fat from the sides, but the coupe-like silhouette does make it look more natural than the after-thoughts that current sub-4 meter compact sedans look like, apart from the Ford Figo Aspire that is.