Of the many kinds of people we all encounter throughout our lives, there’s this one kind which happens to be my favorite. They are the ones who are quietly brilliant, shy to show themselves to the world, never pompous of their achievements. And rather than standing out there like the Sun, they like hiding inside a mine, coat themselves in a rock and wait to be found. They are diamonds unaware of their worth, oblivious of their own shine. We stumbled upon one such rock wrapped in steel, polished by perhaps the finest hands at Tata Motors. We wore the Tata Bolt XT Diesel’s keys on our fingers for almost a year, and it is now time to slide it out. It has left a mark though. Let me tell you what it looks like. 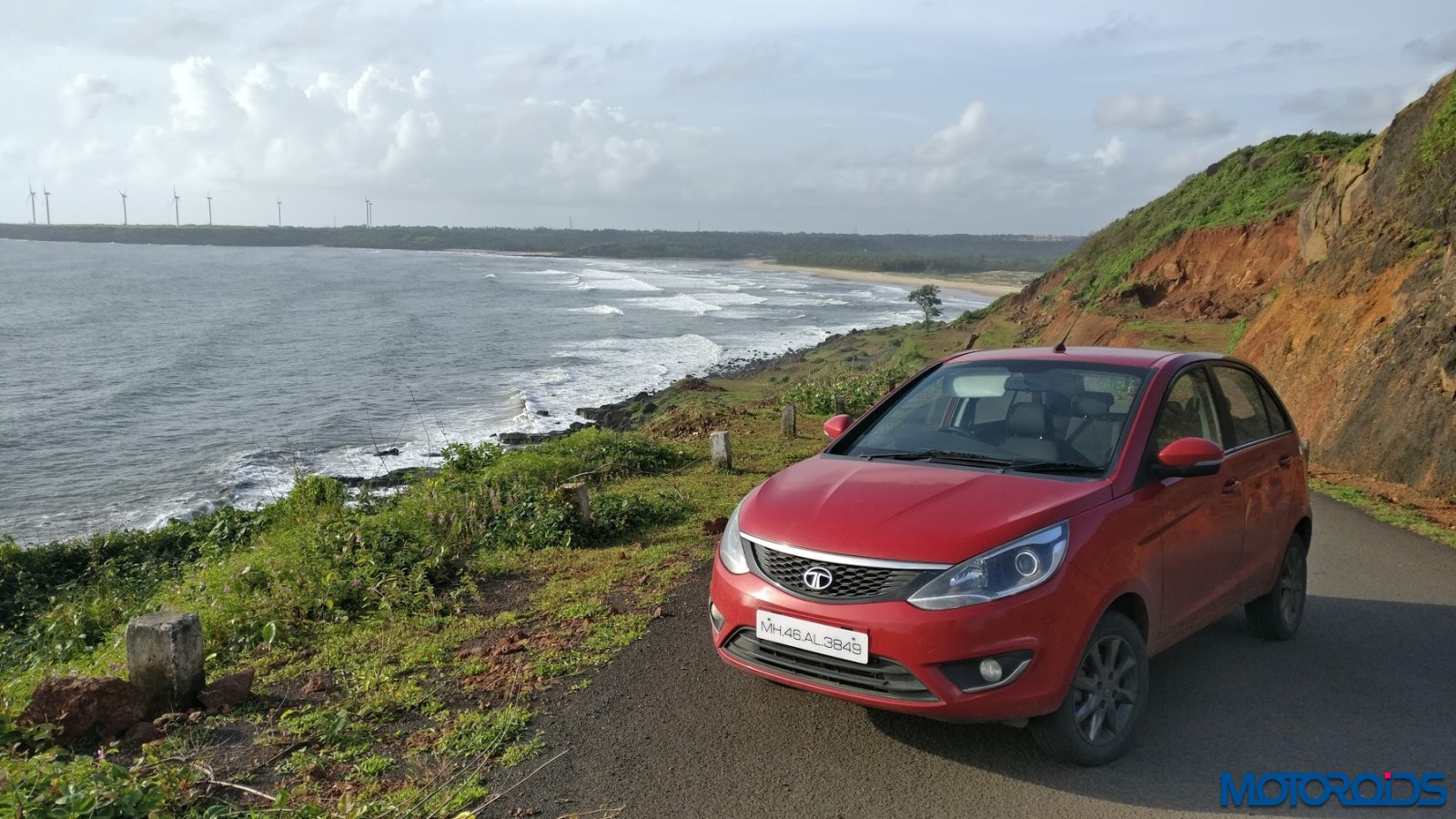 Since the last report, not much has changed about the car, but my life has. I’ve fallen in Love with a fine woman who has been hopping to places away from Bombay and has been leaving traces of her fragrance for me to follow. And every time she played pied piper, the Tata Bolt has supported my mice like instincts with a smile. On one such instance, I was yet to cross the bridge to her heart and drove her all the way to Goa, taking numerous serene diversions on our way there. Dusting off a mushy sunset on the way, at the top of a hill, overlooking the sea, we reached the destination just after dark. 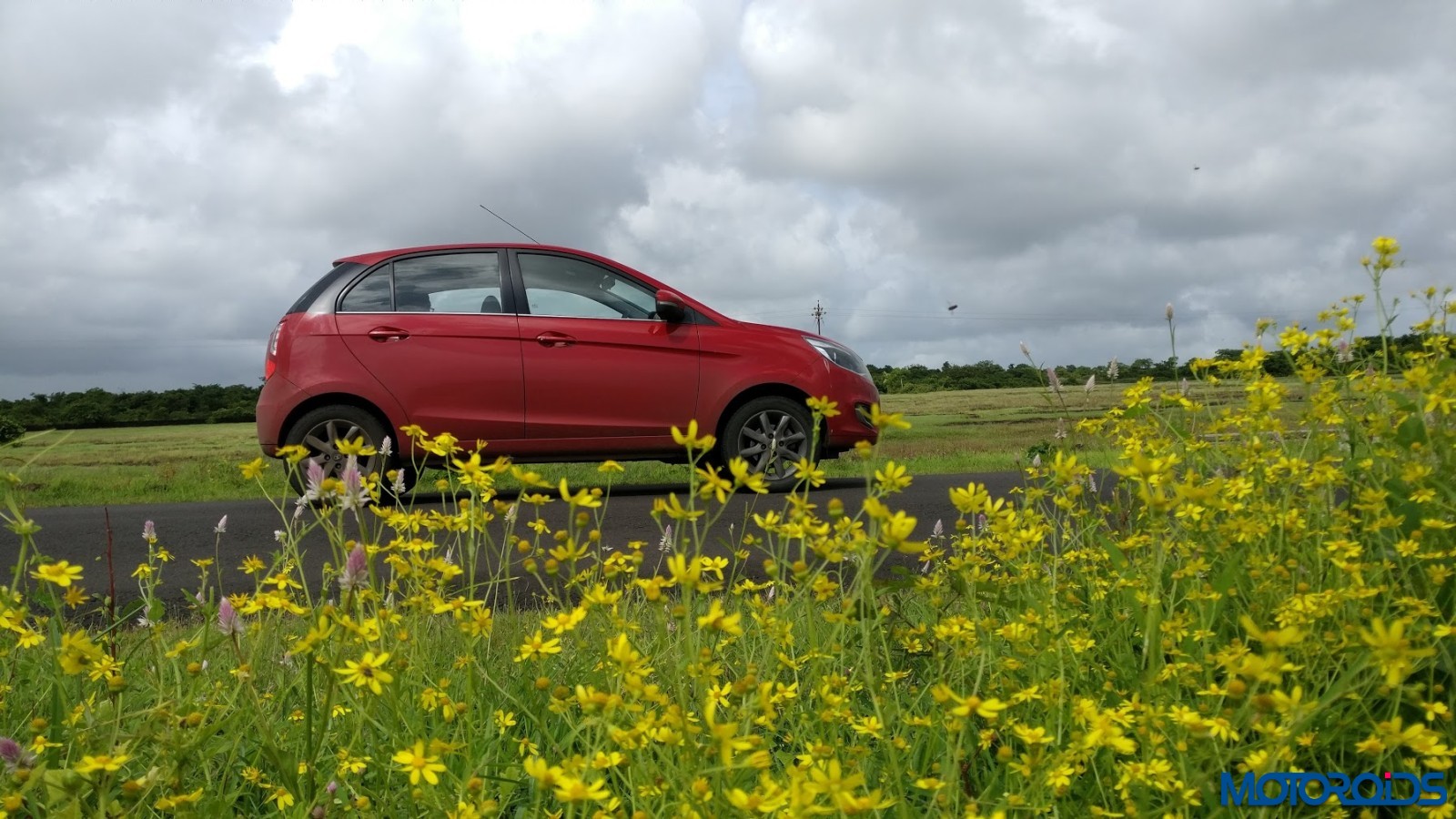 I expected to return the next day. Expected to cool off my weary frame and find some warmth in her embrace. But she being her, she gets off the car, waves at her friend and says goodbye. Some men just can’t live easy. So I was left on my own after expecting her to comprehend the unsaid and being disappointed, my furious self found solace and some comfort in this brave little hatchback. I decided to drive back that very moment and reached Bombay after being at the wheel for 28 hours straight and with over 1400 kms on the Bolt’s tripmeter. I could’ve waited back, but then I knew this machine would hold the night together, keep things leveled if this self induced stupidity took things south. 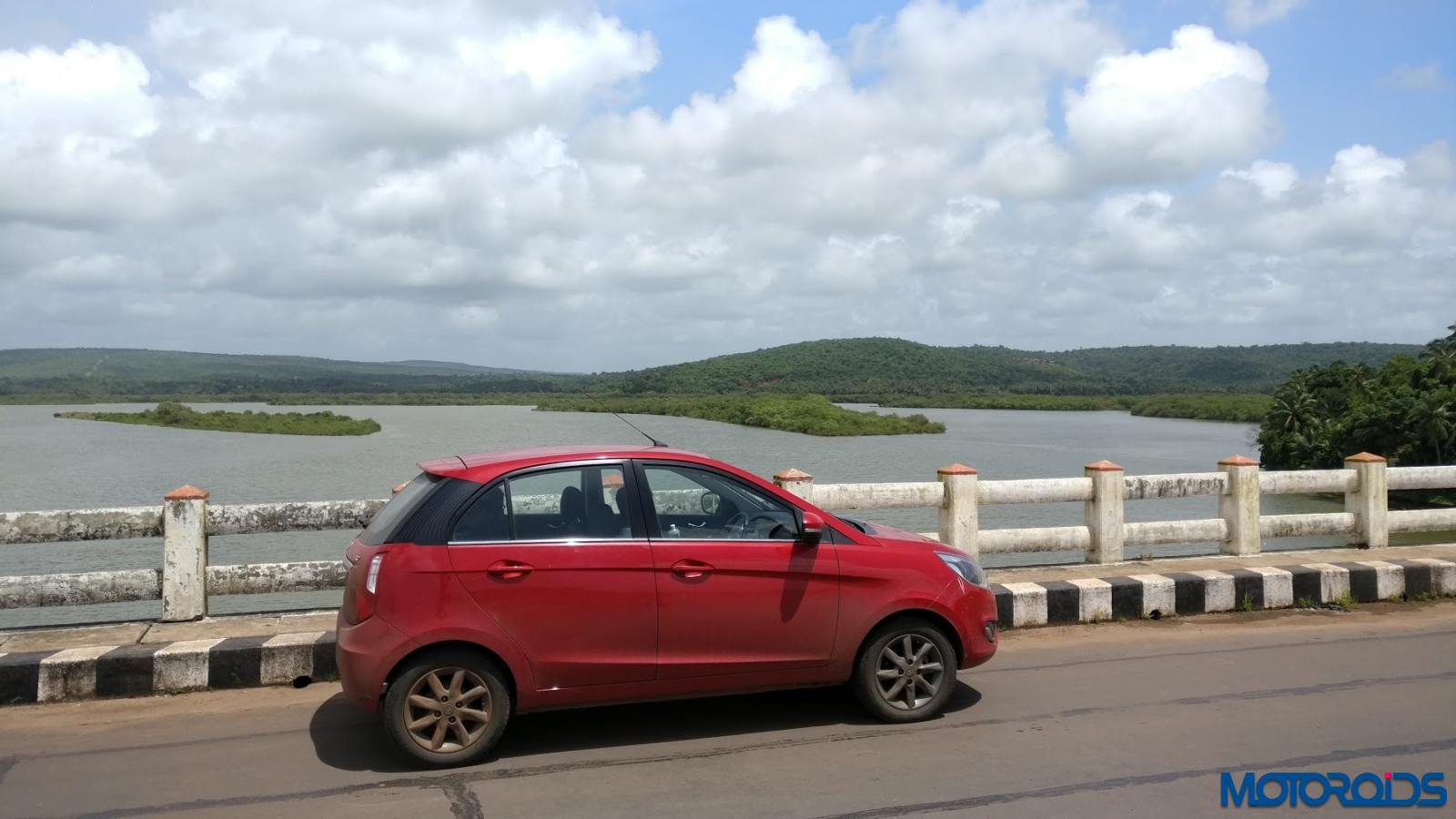 Not that another car wouldn’t have done it. But in its class, the Bolt sets the benchmark too high for even machines from a higher segment to take a bow. The seats for instance – they’ve been padded brilliantly and offer amazing all round support. Six feet short or five feet tall, you could be in there all day and walk out of that cabin as fresh as a daisy. Then there’s the quality of materials inside which show no signs of wear and tear even after being parked carelessly in the sun and even when five full grown adults were herded inside the cabin for frequent night long journeys. The dashboard’s colour has remained intact, all the switches work, stalks operate like they did when we first got the car, all the electrical systems run a healthy current through them, gearshifts are still one of the smoothest in business and the brilliant OEM music system still sounds like an expensive custom unit. And allow us to be honest, although some might call it sacrilege on our part to treat a car like this when we boast about living around them for our daily bread. Since the Tata Bolt has joined our fleet, we’ve been keeping it so busy, it has never been serviced! It never even could be idle enough for an oil change! Yet it never complained, never sneezed, never coughed. 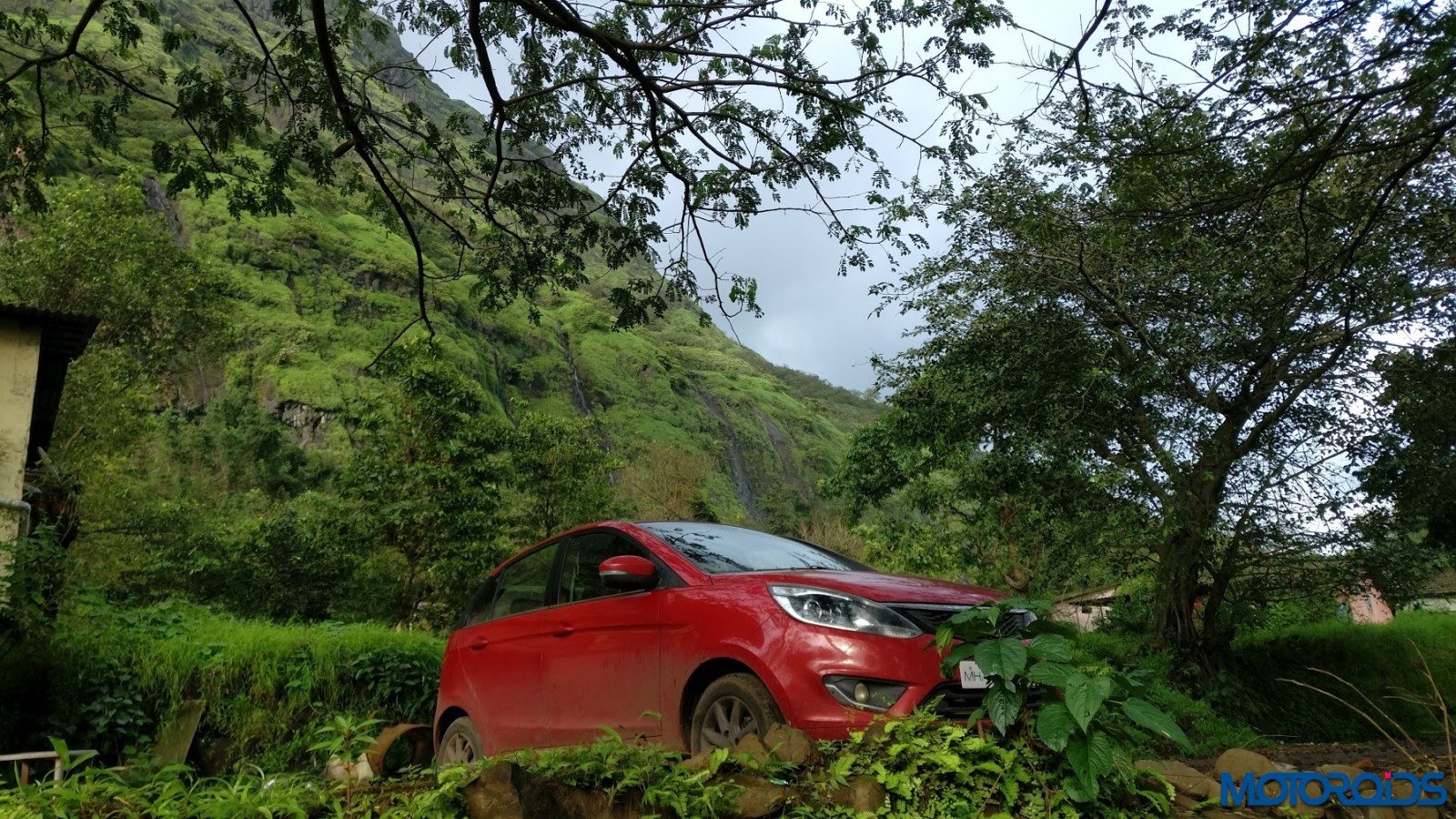 Talking about busy, I was back in the city, resting, when a day later, my phone rang, and I decided to tear seven remaining hours of the night apart to answer a phone call that originated 600 kms away. So I pack a day bag, the Bolt’s smiley face happy to hit the road again, and we were on our way. Swooshing through the straights with a poised composure, the Bolt was being driven very close to its limits in a straight line. Until we reached the northern most part of Karnataka and decided to cut across through a mist filled, ghostly road that plummeted from the high plateaus towards the coastline of Goa. Predictably understeering through the twisties, the car’s Goodyear heels broke the night’s silence with their squeals. It might not be one of the most agile machines out there when changing directions, but the uniformity of that chassis stays intact when you commit and the Bolt then goes around corners with composed authority. It will understeer, but the engine characteristics, those brakes and the car’s dynamics will ensure things are always under control. 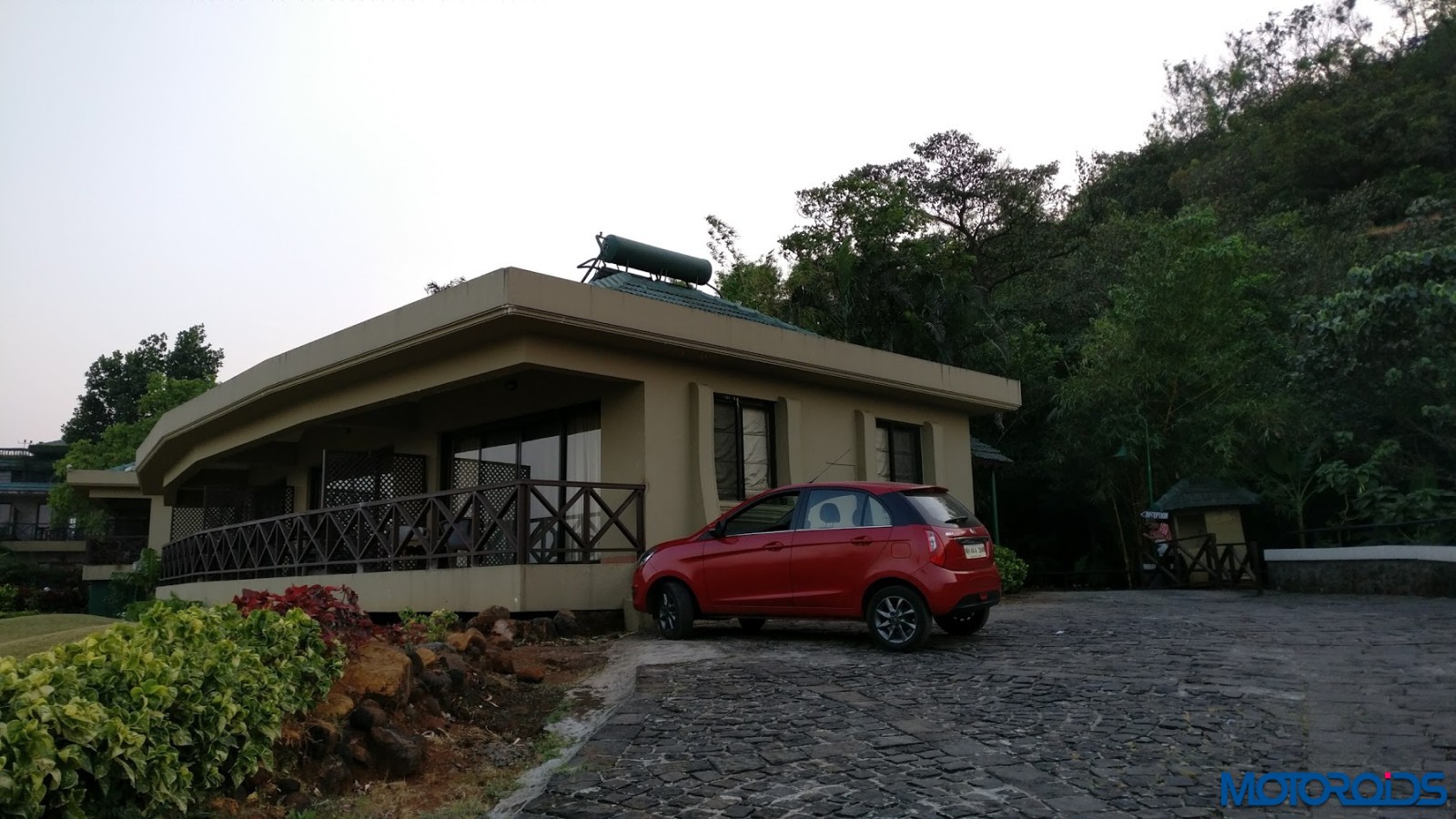 Anyways, daylight had started to break and I was at the destination, right on time. The night had again taken its toll on me and as I rested my head on the wheel, I was surprised to see that the Bolt had consumed a liter of diesel to cover 17.8 really fast kilometers. The car was doing just fine, except that instead of the usual two, there were four lit bars on the engine temperature gauge. As I noticed all this, someone outside tapped on the window and knocked at the door, smiled, made it all worthwhile. 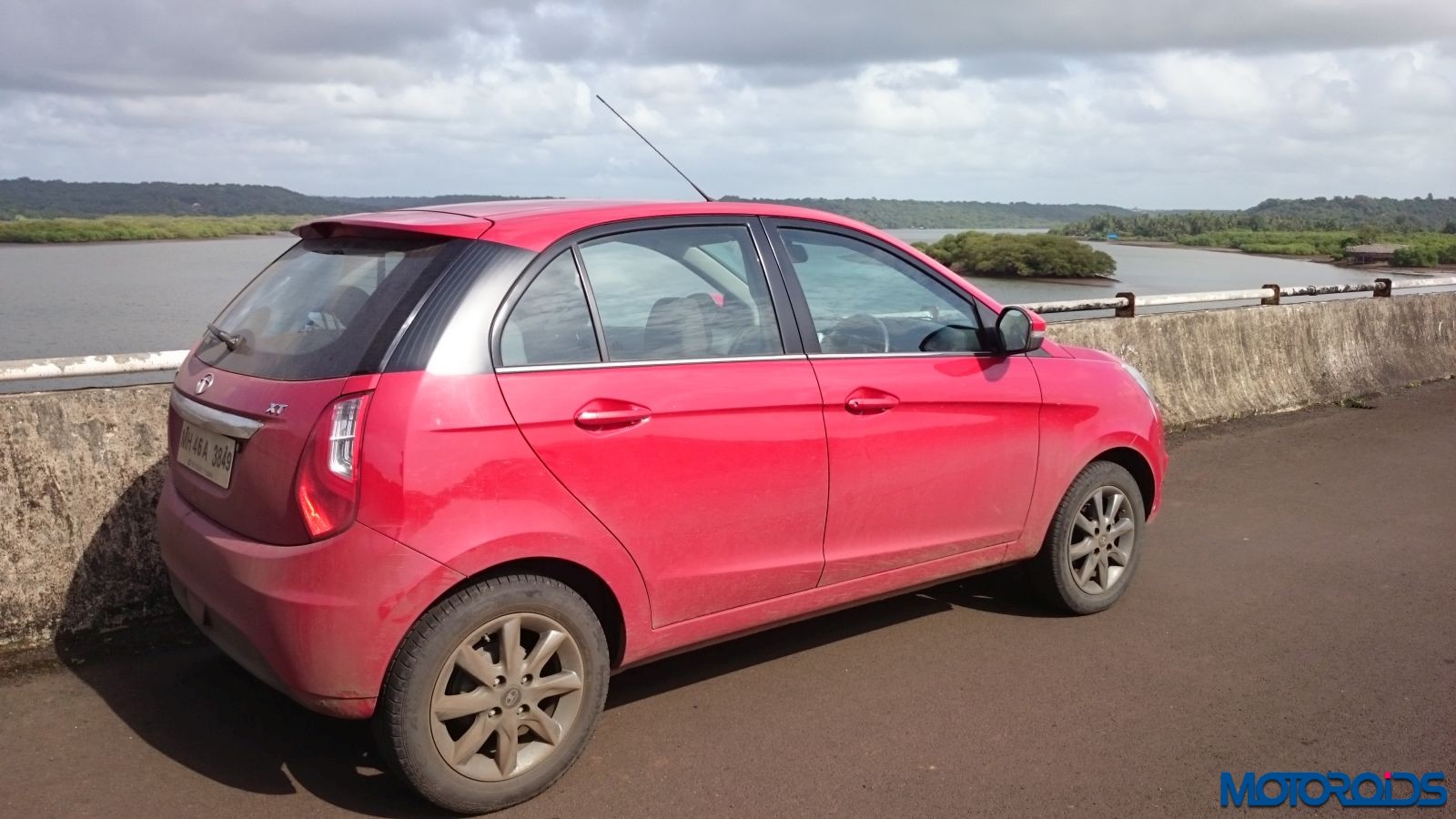 A couple days later, we decided to drive back to Bombay. But first, there was a flat front tyre and a sidewall bulge to deal with. She had always wanted a lesson in “How to replace a flat tyre”, so I was secretly glad that the Bolt offered a car problem which I could deal with and score some brownie points. Minutes later, she was at the wheel and being a budding architect, was already appreciating the well laid out, spacious cabin, found the car really easy to drive, liked how the generous glass area all round helped visibility and found the car many levels above her everyday Maruti Swift. After some relaxed driving, we were back in the city, and this time I was the one saying my goodbyes. As I parked the car and walked back, it hit me how for all the headless plans I’ve made, the Bolt has always had my back and been such a reassuring package right from the first crank 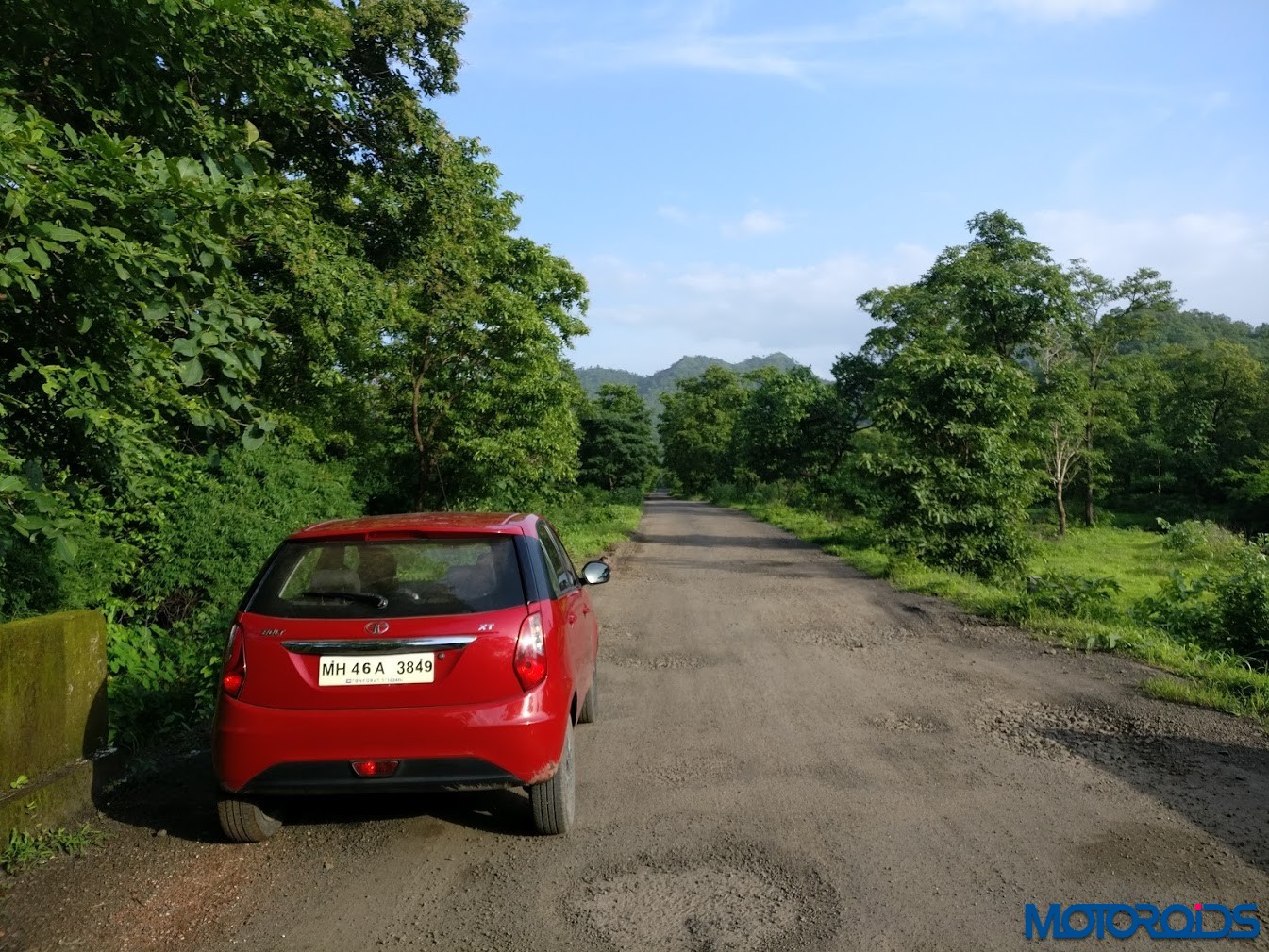 What made me keep my faith in this machine? Well it has been as reliable as the Sun and for all the stress we’ve put it under in the last one year, all it has asked for in return is fuel, which it never gulps, but sips on. We’ve taken it to places where even tall SUVs would shy away from, driven it like it has been modded to go through a rally stage, and strangely we haven’t heard a single rattle or a squeak. There’s generous usage of the finest Tata steel and it is very apparent when you shut the doors, or drive through surfaces where the Safari would be more at home. Sure there are signs of normal wear and tear. Like the front suspension needs attention as it has stiffened itself after taking a lot of beating and the wheels need to be aligned since the steering has been a bit off center. But then except this, this has been a stubborn machine that refuses to buckle down under everyday and even abnormal duress. 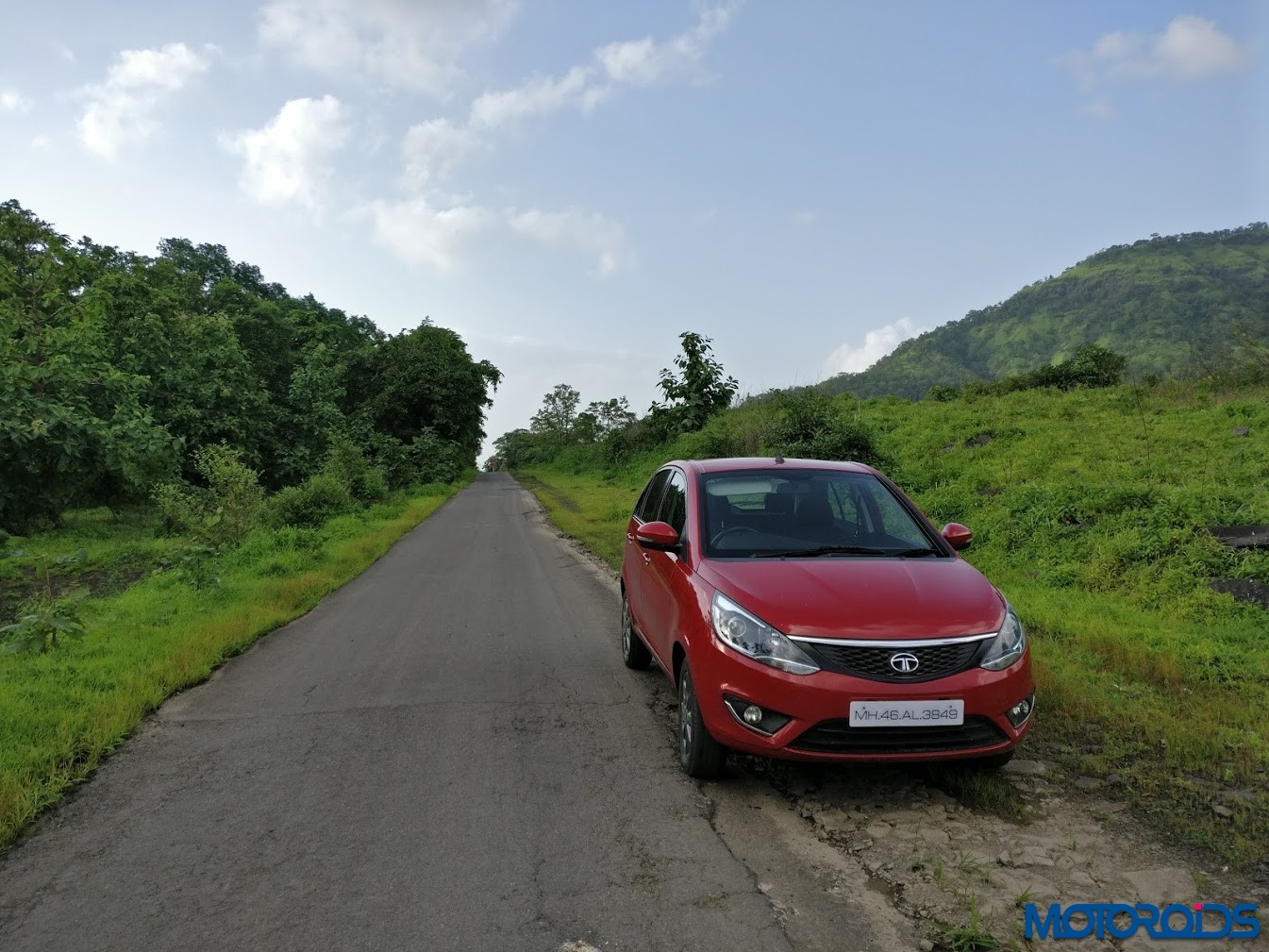 I’ve been told red cars are rare. I know the Tata Bolt is a rare package too. It’s just that its brilliance couldn’t shine through for the traces of its roots it still carries in its design. For the fact that during most times when I would drive it alone, people would try to halt it down thinking it’s a cab. But then if you can somehow manage to get past that, you’d discover a heart of gold and a lot of seriously underrated, well hammered metal.