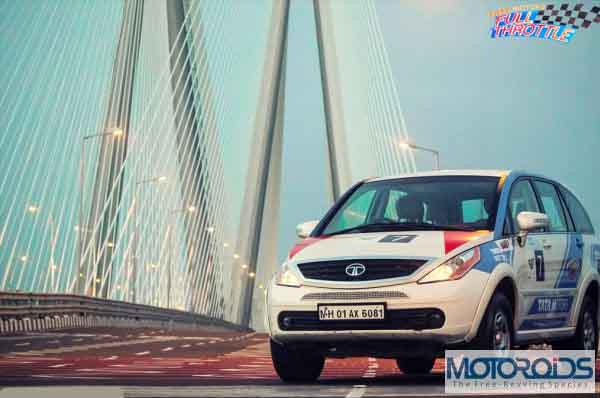 If a report by the good chaps at Car Toq is to be believed, the highly anticipated Aria facelift will be showcased at the Auto Expo 2014 in early February next year. The car is most likely to go on sale April next year.

The Tata Aria facelift was first showcased at the Geneva Motor Show back in March this year. The Aria facelift, which has been spotted testing on our public roads on several occasions, will come with a six speed automatic transmission that is supposed to be sourced from General Motors.

It is being said that the Aria facelift that is headed to Auto Expo 2014 won’t be exactly similar to the car we saw at the Geneva Motor Show back in March. The model that we’ll see at the upcoming Expo is likely to be a more refined avatar of the one showcased earlier.

It is being said that the Aria facelift will be powered by a re-tuned 2.2-liter diesel engine that will have a max power of 155 PS and decent peak torque of 400 Nm. It may be noted that currently, this engine belts out 140 PS and 320 Nm for the Aria.

Visual upgrades for the slow-selling Tata flagship include smoked projector headlights, re-profiled taillamps and new design alloy wheels. The car could also feature new upholstery and additional features. There are good chances that the rear bench will be replaced by two captain seats.

It will be interesting to see if a facelift, coupled with a new automatic transmission, will be sufficient to improve the sales performance of the Aria.