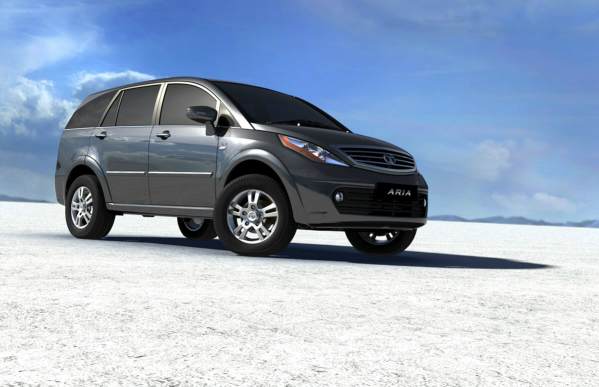 Right from the time Tata Motors launched the Aria everyone was surprised by Tata’s optimism with the new car. True, the Aria is a good product, which has been built with a grounds-up approach, it’s loaded with features and technology and drives well too. However, being available only with 4×4 hit the product’s sale badly. The inclusion of a capable 4×4 system escalated the price of the car substantially and kept the customers from considering it seriously. Moreover, most of the customers who saw or heard about the Aria considered it as a people mover than a thoroughbred 4×4 crossover. At Motoroids the first impression of most non-enthusiasts when asked about the new Aria was – ‘it’s an Innova competitor’. Call it their ignorance, but clearly, with that perception in their mind when they walked into Tata showrooms, they found the Aria very optimistically priced.

Tata Motors, on their part always knew what they wanted to do with the Aria. They wanted to test waters in the premium market with the Aria, and wanted to place it only as a premium, lifestyle machine, and not as a utility vehicle. However, back in their heads, they knew very well that even after having put a lot of blood and sweat into the new product, the chances of it being accepted as a truly premium product were not very bright. And they had a Plan B ready if so happened.

Seems like after having experienced not-so-great sales for the Aria 4×4, the company has finally decided to bring the 4×2 version of the product to the market. Some of the Tata dealers are reported to be taking bookings for the new variant, which will be devoid of a 4×4 system and will retail for anywhere between Rs  1 lakh to 1.5 lakh lesser than the 4×4 version.

All these developments suggest that the plans to introduce the 4×2 version are on, although no official word has come out. In all probability, we should see a 4×2 version of the Aria plying on our roads in less than a month’s time from now. We’re sure the 2WD variant will bring in the volumes for the Indian auto major, and provide people with a genuinely good options for those looking for a spacious and feature packed people mover.